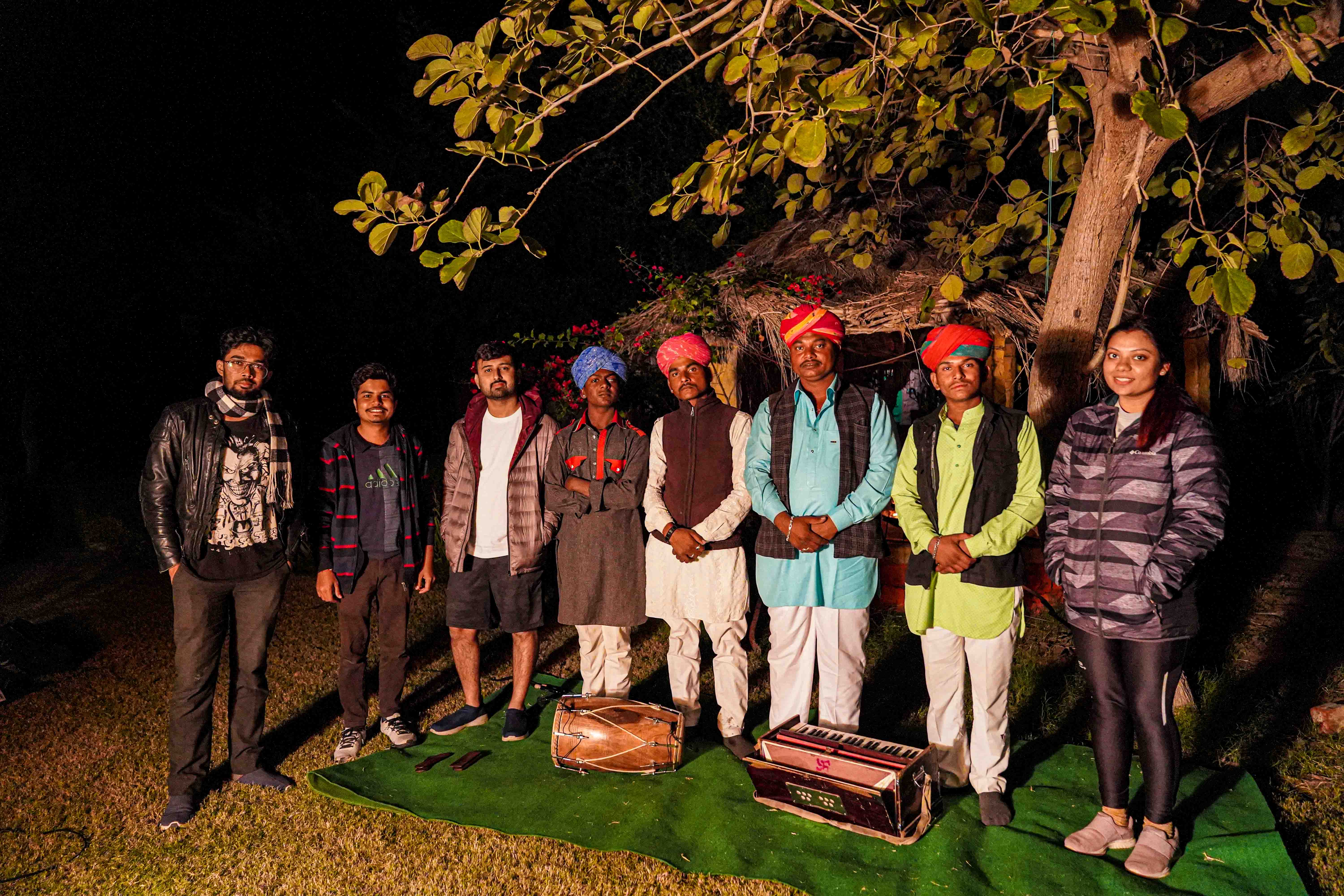 Edhe Khan is a vocalist from the Dagga tribe of the Manganiyar community. He began to learn music during his teenage years from his grandfather. He also learned how to play various traditional instruments such as Dhol, Khartal, and Harmonium. Specializing in folk melodies that are sung and performed on numerous auspicious occasions as well as bhajans, Edhe Khan formed his group of folk artists and now these young musicians are on the cusp of gaining more popularity in the state.

Edhe Khan has only received formal education till the 5th grade. Beyond that, he began to learn and take music more seriously. He also started learning about the ragas and taals involved within the classical music spectrum and considers the Des raga as his favourite raga of all stating the reason that it involves all the seven notes while being played. He has also performed in various districts of the state of Rajasthan and his most memorable performance was when he performed at the wedding ceremony of Lucknow’s royal family’s daughter.

All the singers and instrumentalists in his group are passionate about pursuing music and intend to work in the field of music while promoting the Manganiyar culture from Rajasthan to the whole country and eventually the world.

His body is smeared with ash, the river Ganga rests on his forehead.

We are truly blessed that Lord Shiva has come to our abode.

Edhe Khan has performed all over India and has also spent a considerable time abroad. When asked about the current situation of folk music, he says that folk music is endangered these days due to the influx of popular Bollywood songs. Edhe Khan adds that folk music requires a lot of energy to sing, as the complex raagas like Khamaj, Bhairavi, Sorath require powerful vocals, and which should be produced straight from one’s heart and breath. Edhe Khan’s father was a poet and a storyteller, who has composed many poems with themes like various stages in the life of a man.

Edhe Khan is concerned about the future of this folk music and believes that they need good people and patrons for promoting this art, he says that the Government should help them for their upliftment. He wants future generations to revive this art. As per him, Manganiyaars are the most humble people on this earth, unlike a king, who can even kill his own brother to usurp his throne, Manganiyaars live by their talent, and they eat, sleep and breathe music.

Lord Krishna was born in Mathura where his birth was celebrated, with all the pomp and show,

Later on, he went to Gokul, where he was raised, and Gokul was happy to receive him too.

Blessings to you, O Mother of Lord Krishna

The ties between the Manganiyars and Rajputs are hundreds of years old. The Rajputs would protect the Manganiyaar community during times of wars and invasions which in turn helped in the preservation of the age-old art form and various compositions that originated from it. This community is quite peculiar as all of them belong to the Muslim religion but besides Sufi, they mostly sing praises of Hindu gods and goddesses such as Lord Krishna and Goddess Durga. A lot of the inspiration also originated from the extreme weather conditions of the desert as well as the dunes.

The whole community is basically a musical family that has continued its tradition from uncountable generations and Edhe Khan is just the latest one in a long line of musicians who start learning how to sing and play music before they start going to school. At such an early age they master traditional instruments such as Dholak, Kamaicha, Morchang, and Khartaal. Unfortunately, due to a lack of financial support from the government as well as a lack of awareness about the form of music they like to present, most of them have to engage in other occupations. For instance, Edhe Khan himself has worked as a carpenter during the early days of his career in the field of music.

They understand a lot of the theory that goes into producing classical music such as the ragas and talas. They are most fond of singing the Des Raga which involves the usage of all seven notes in a song. As a group, they have performed in a lot of places, especially in multiple districts of Rajasthan. Their most memorable performance, in their own perception, was in Lucknow. They want to continue to showcase their art form and perform their music in order to expand their horizons and promote the culture of Rajasthan and the Manganiyars.