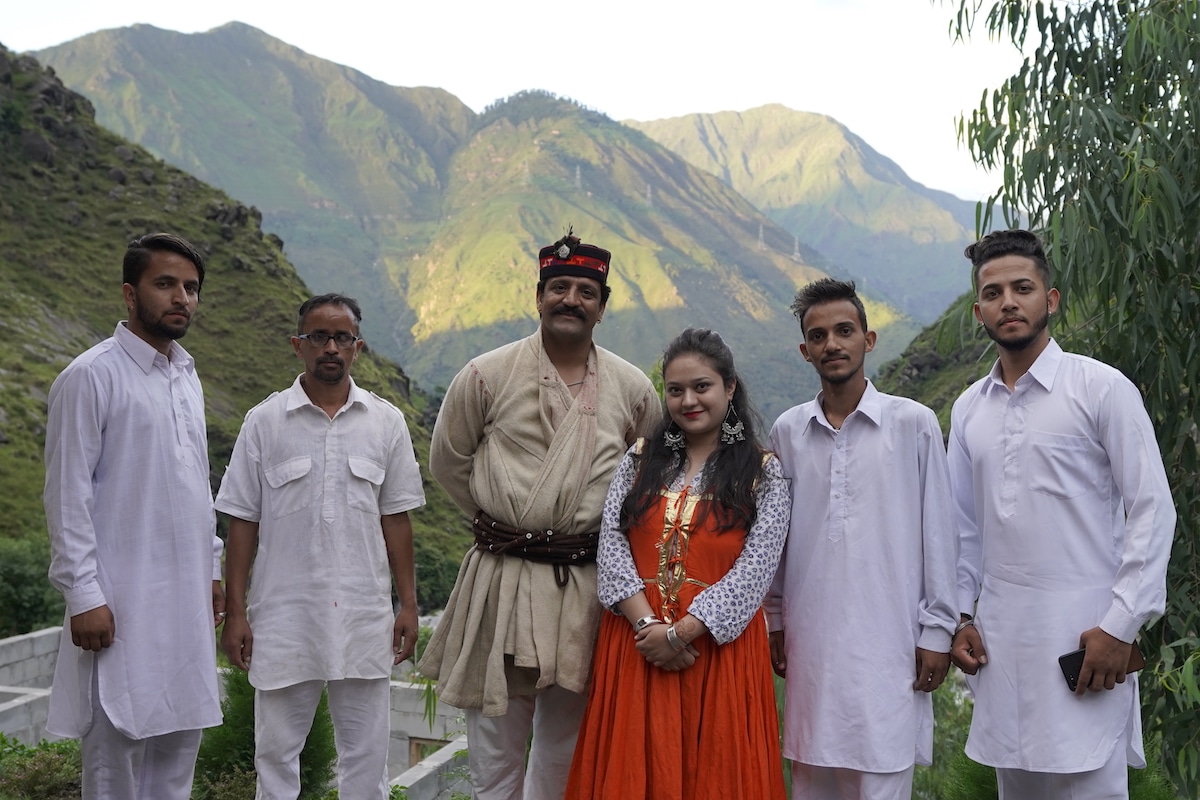 Dolma Ji is the leader of Mahila Mandal of Chhanni Kod, a village located near Manikaran. She is wonderfully playing the roles of a wife, mother and responsible leader. Dolma’s interest in music was inspired ever since she was a small girl in his village. Dolma grew up listening to folklores in her villages sung by her mother, grandmother and neighbouring ladies. Dolma formed her group in order to make the ladies in her village to develop an interest in music for women and youngsters around. She along with her team motivates and inspires other women in their village to join them and follow their passion for music.

Dolma with music along with her household also takes care of farming. She has a small family of five people alongside the cattle. She and other women’ family in her Mahila Mandal are extremely supportive of their women following their passion for music. They make time to perform at various events that happen on the district and state level. She happily responds to her first-ever performance as s group at Kulla Kala Kendra, Himachal Pradesh in 2002. According to her, that was the happiest moment of her life since she was able to perform with her entire group after so many rehearsals and their dance came out to be very fine. Since 2002, the group has been performing every year in the Kullu Kala Kendra.

Most of the time the budget of the show is not enough to pay the groups with an adequate amount of money but still, the group never loses hope and continues to perform giving their best with lovely smiles on her face. The group wishes to showcase their talent across the globe, promoting the Himachal Pradesh folk culture. The group has performed at many places in Himachal for weddings and religious festivals and events. They mostly sing songs which have sung from generations old. Dolma is very proud of her group and feels that she is lucky to be able to present her valuable culture to other people.

Due to lack of education, she cannot write and read properly, therefore she doesn’t prefer writing and composing new folk songs. She says she feels an insane amount of calmness with the age-old songs that they have been performing. Like other groups in Kullu, Dolma’s group has dance along with their singing and instrument which they play along. The group has always felt happiness in entertaining people rather than earning money out of it. All the women in the group are housewives taking care of their families and households. The Mahila Mandal group is accompanied by instrumentalists who are all male. They play instruments like Shehnai, Dhol, Nagada and Karnal.

These women have been performing to celebrate happiness, spread awareness about social issues using slogans like ‘Beti Bachao, Beti Padhao’, etc. They wear a beautiful dress which has a salwar kameez on top which a traditional wedding shawl, patani is worn as wrap-around. On top of the shawl, they play their jewellery which is basically silver Chadrahaar and heavy anklets on their ankles. They do the traditional ‘Kulvi Nati’ which is famous in the world. They start with dance on a very slow beat and eventually increase the beat as they complete one circle in it.