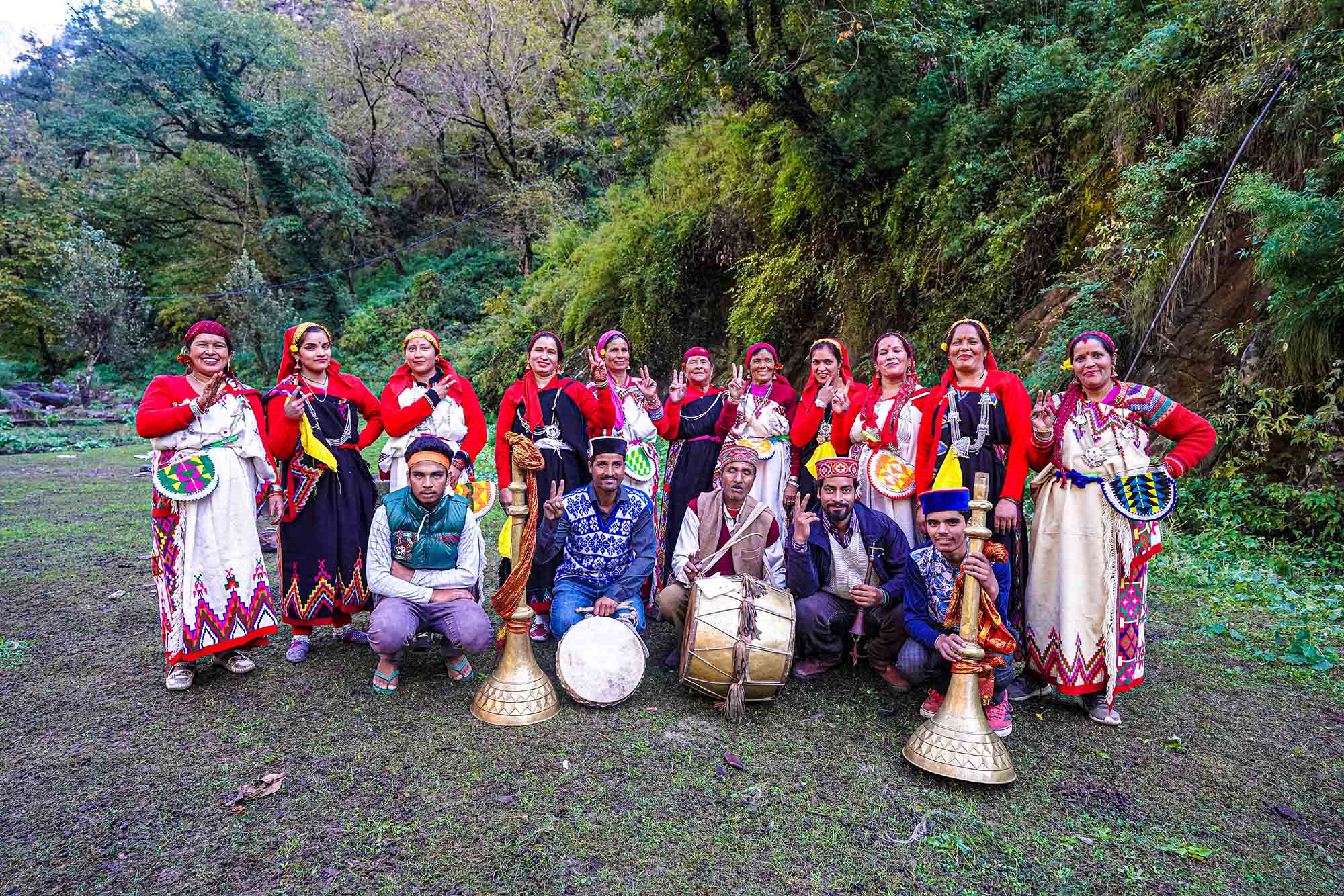 This group of musicians has emerged from various secluded villages of the Kullu district in Himachal Pradesh and through the struggles of living in rural communities and a sense of curiosity with which they explore themselves as they create folk music for “Nati” parties which is a traditional dance form in the state. Along with the leading vocals of Dolma Ji, who is an integral cog in the ‘Mahila Mandal’ of the village Chhanni Khod, and a combination of blooming as well as experienced instrumentalists who play traditional instruments like Karnal, Shehnai and Dhol with exceptional talent. These artists work on their craft regularly in order to develop soulful and entertaining melodies for the people of Himachal Pradesh.

They focus on songs written for the traditional Kulluvi Nati dance performed at many cultural festivals like the International Kullu Dussehra and the Himachali New Year known as Losar, which depicts the joys of reaping and sowing of the crops, mainly ‘ogla’ (barley) and ‘phapar’ (a local grain). Formerly performed only by men and now by all women in the region, various Natis also represent the evolution of the local culture. This centuries-old dance form is a combination of colorful dresses and a plethora of musical instruments. Men and women from all walks of life come together as soon as they hear the beats played on instruments like Dhol and Nagada. The dancers who wear colorful clothes like churidars, caps, pashminas and colorful jewelry make delicate movements in circular and criss-cross formations with undeniable grace and elegance. The dance continues for several hours until the dancers and musicians get exhausted. It is performed during weddings and jagratas (musical prayers) as well, and it gives the culture of Himachal Pradesh a blissful sense of peace and harmony. Kulluvi Nati has earned a mention in the Guinness Book of World Records for being the largest performed dance of the world.

They also make music for religious purposes and sing prayers for the local population. Most of these prayers are written to thank the gods for blessing everyone with the experience of life and the beautiful nature of the surroundings. In one of her songs called “Bhava Rupiye” Dolma Ji appreciates the Goddesses for giving her a life filled with natural beauty and meaningful struggle and lets them know that all the people of this holy land do their duties with a divine intent to make this world a better place.

Despite their financial struggles and the lack of opportunities to earn well in their beloved art form, this group makes it a point to follow their passion and have the willingness and ability to play an important role in the development and endorsement of their culture around the globe. 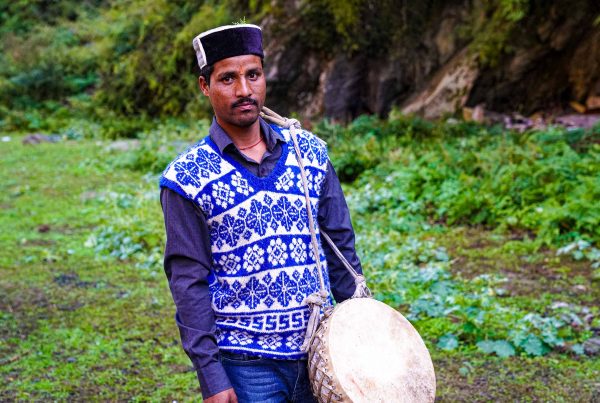 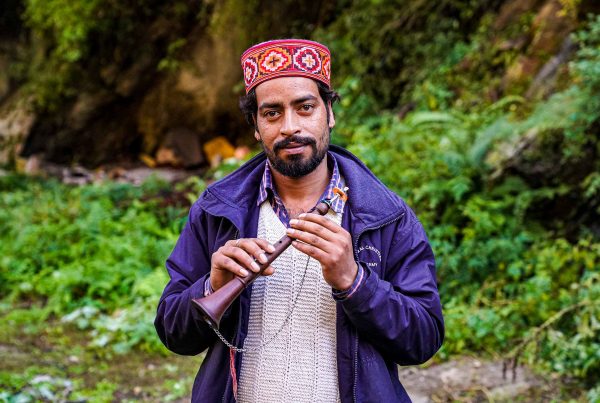 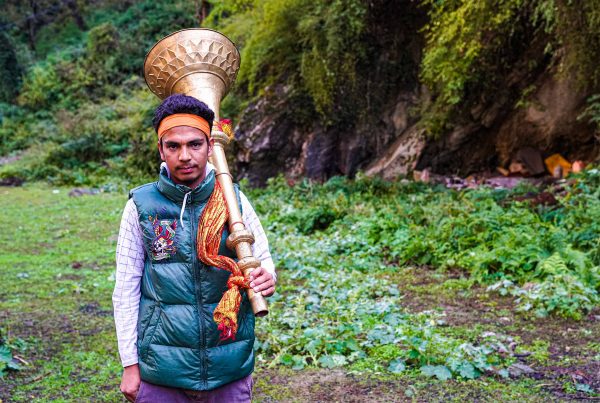 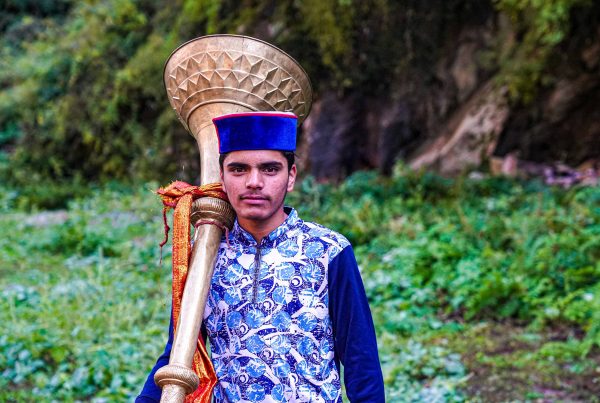