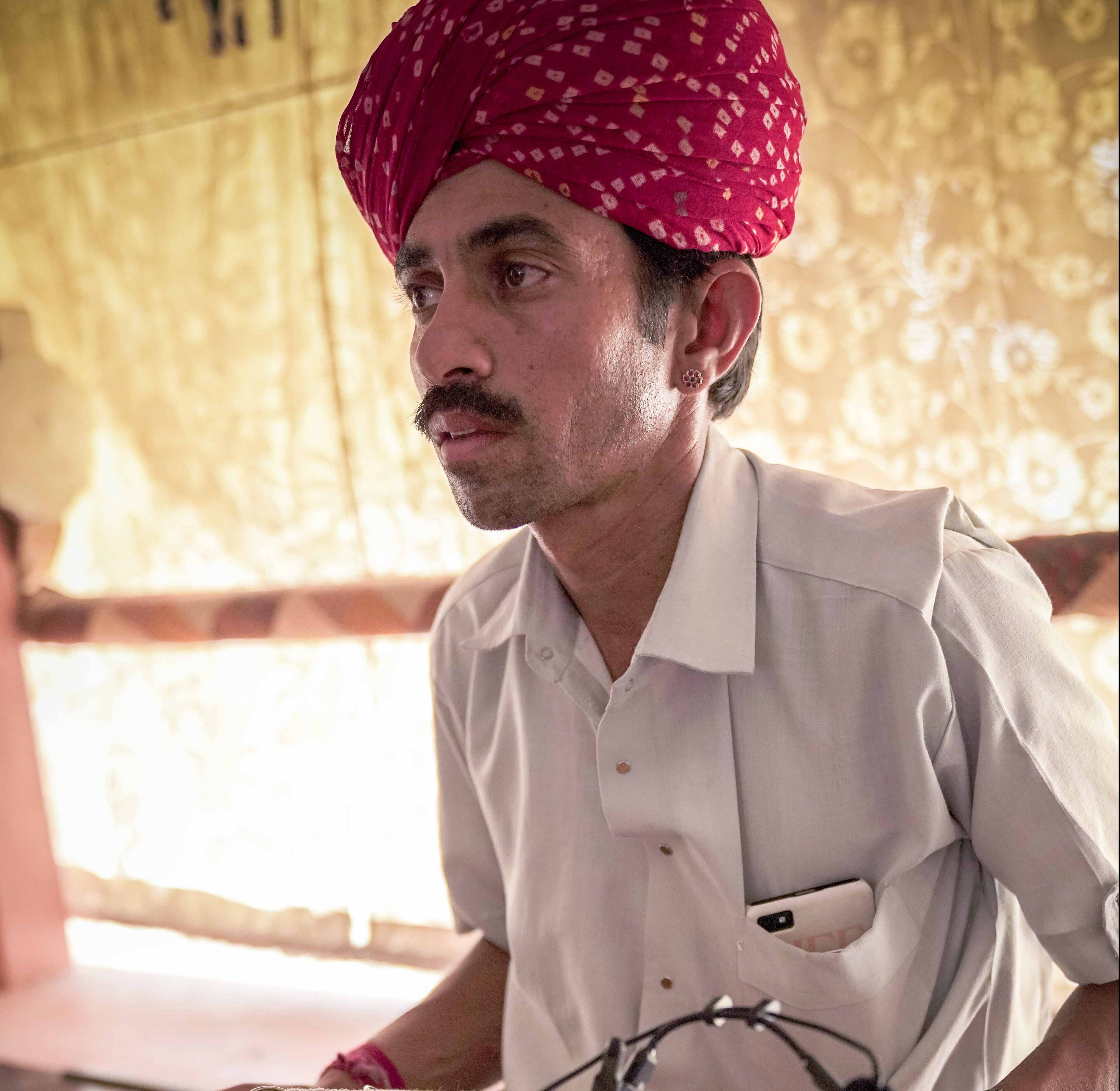 Narpat, 33, lives with a family of 6 people including his mother, wife, kids and brothers. Apart from music, he also works as an operator at JSW. His interest in music allows him to maintain a balance in life. He works at the factory plant till 2pm and then performs music with his group. He got the inspiration and motivation from his father who was also a musician and is the sole reason for his inclination towards folk music. He has been learning music for more than 15 years now. In the group, he plays dholak and veena. Among all the bhajans, his most favourite one is Devi ka bhajan. It keeps him calm and serene and provides him with a sense of happiness and enthusiasm. Most of the teaching is done by his elder brother who is also the group leader.

Narpat gets inspiration from all the gods and their tales. On an average, he gets around 5-7 shows per month. He wishes to perform outside Rajasthan and in other major cities of the country. He believes his group is different from all the other bhajan groups because their performance is harmonious and in-sync.