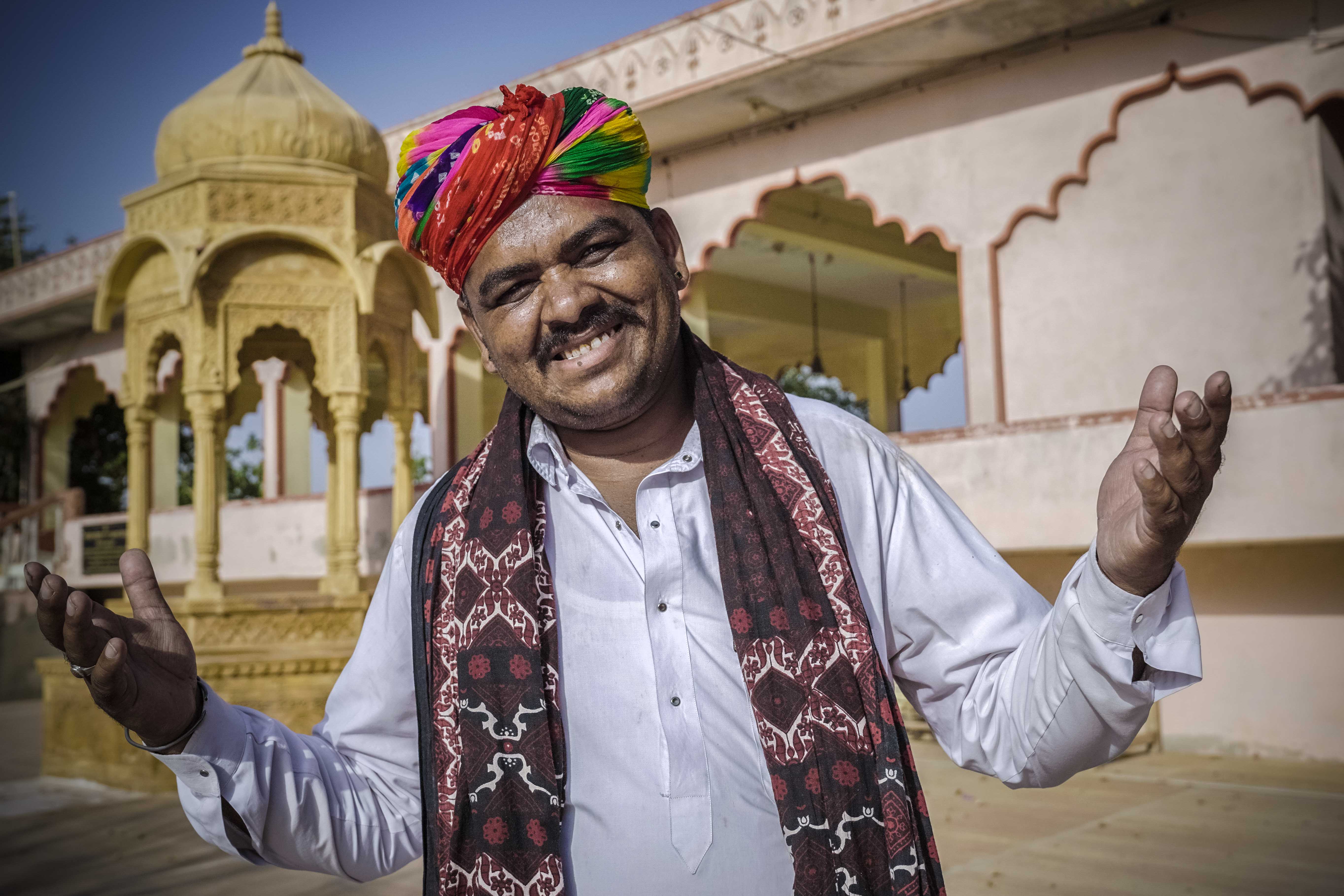 Murtak Khan, 28, lives in a village named Redana, a few km from Barmer city. He belongs to the Manganiyar caste and is deeply associated with music as his father and grandfather were musicians. The musical environment around him led to his inclination towards folk music. He plays dholak, khartaal and dhol. He wants to learn music professionally and get a degree in it. He feels that the lack of education led him to join music completely, but he is inflexible about the fact that he will not let the same happen to his kids. He is also into singing and prefers to write songs in his free time. Music is his only source of income. Murtak Khan has performed in all the major cities of India and now he dreams of performing abroad. He and his group get shows on the basis of recommendations and contacts. He is aware of the event business and how the managers exploit them but say that they cannot do anything about it. Lack of education has made them incapable to stand up for their rights and fight for it. Murtak Khan gets around Rs5000 per show and for a family of 8, it is not enough.

He wishes to be independent and get clients on his own without any third party involvement.