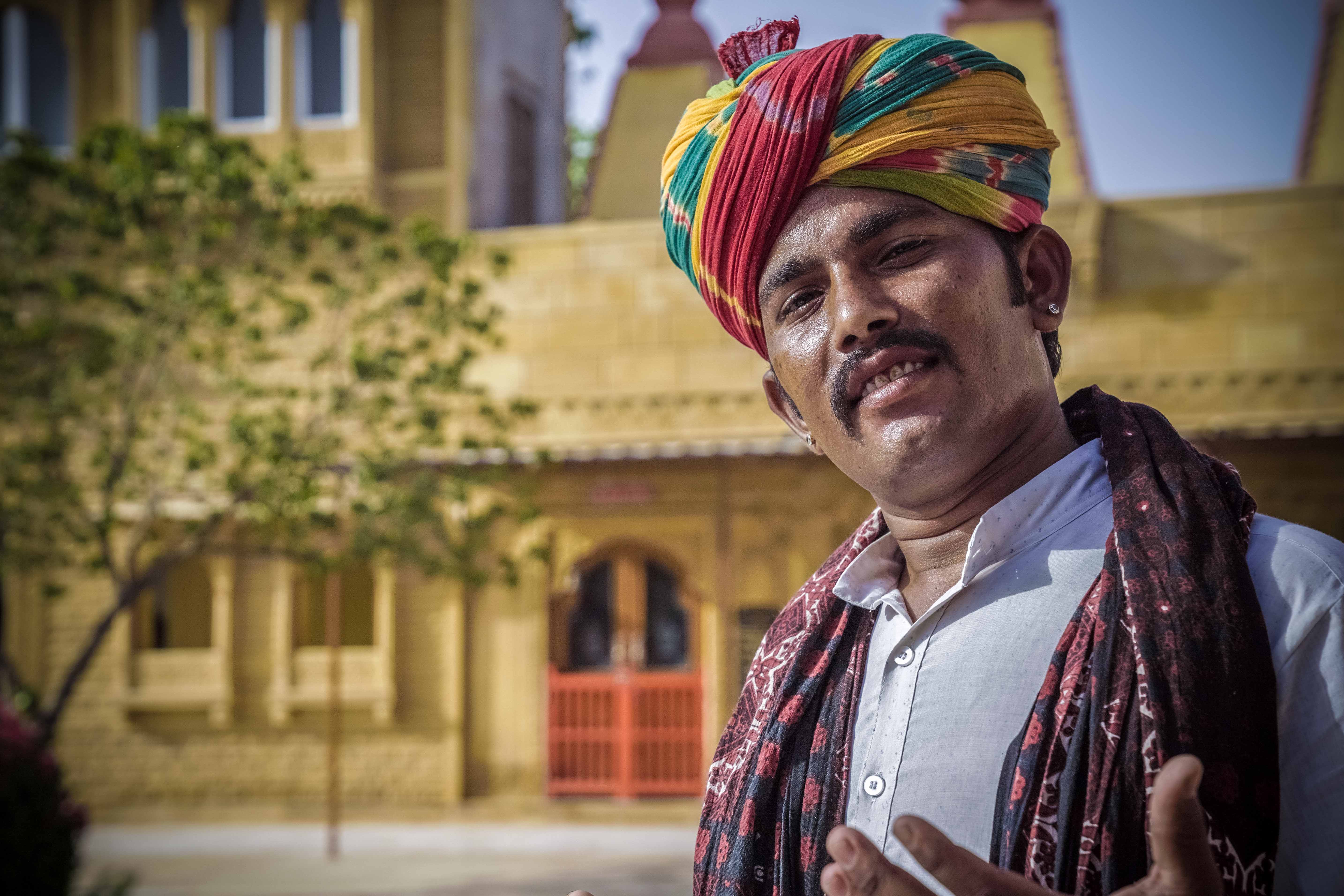 Lala Khan, 25, lives in a village named Memla in Shiv district of Barmer. He is a singer and also plays dholak. He has been married for a year now and has got one child. He learned music from his father and grandfather and wishes to pass on the cultural heritage and tradition to the next generation of musicians in his family. Lala started learning music when he was 7 years old and has been associated with Mangu Khan for more than 5 years.

He does around 2-3 shows per month on an average and gets around Rs1000 per show. Music is the only source of income allows him to dedicate all his time to it and develop his skills. He thinks his group as versatile as it can perform Sufi, Qawali and other kinds of folk music as well. Lala is not really a man with a motive or aim, he sees himself as a river and lives at the moment.

He has made a Youtube channel and a facebook page where he uploads his work to show it to the world. He believes in advancing with the world and adapting to it. He also does fusion events where he collaborates with other artists and performs at a restaurant as well. The internet is such a big platform has always caught his attention and he wishes to develop a digital identity over time.