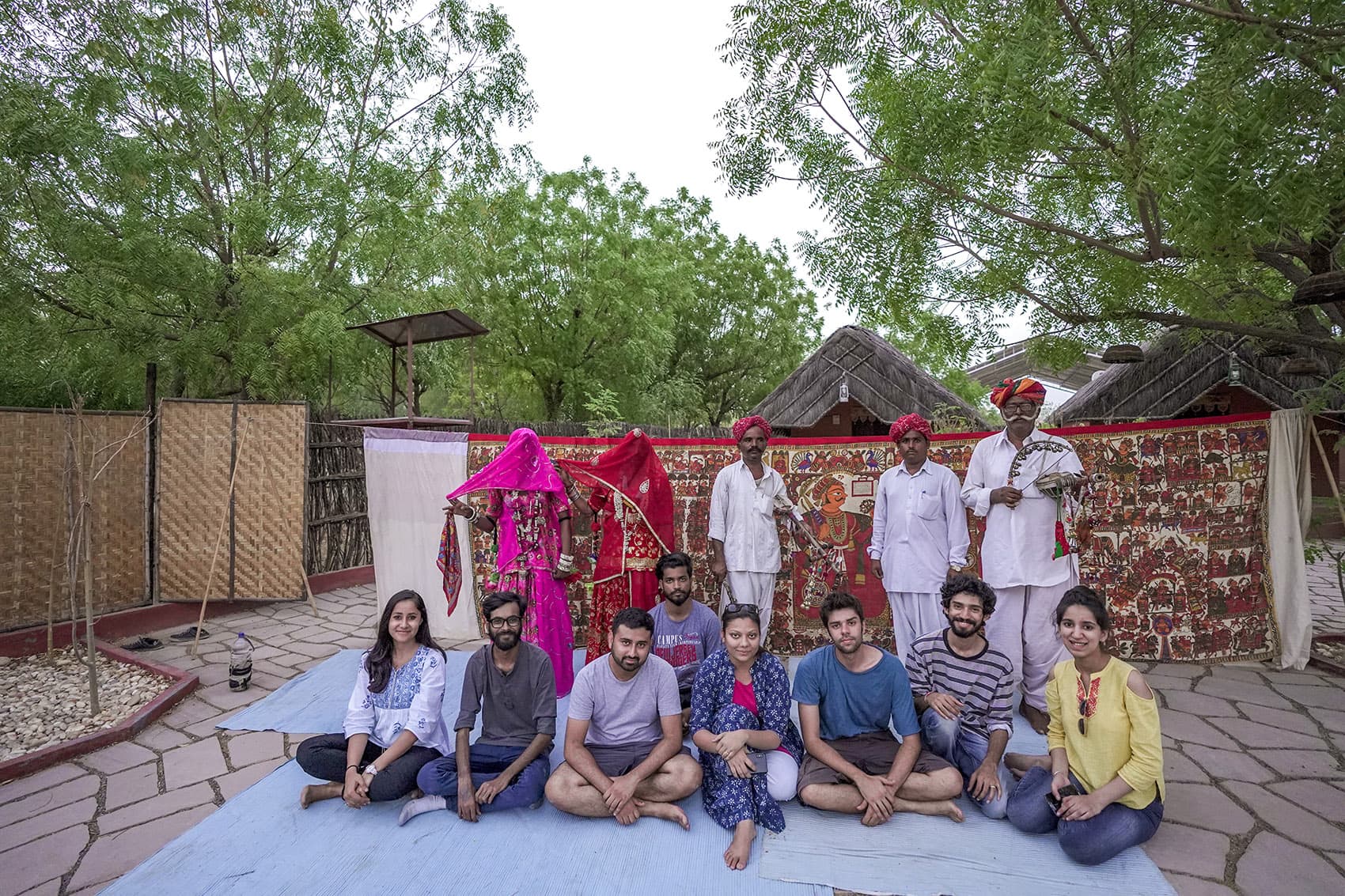 Rajasthan’s folk music is a living heritage. It is an expression of the people of the land. Unfortunately, the rush towards modernity in India threatens to bury this music and all that it represents. But those who seek it out strive to rekindle it and its audience.

Thakra Ram belongs to the Bhil community in Rajasthan. The word Bhil means bow and the Bhils are known as mountain tribals with bows and arrows. The stories of their exceptional archery talent are recounted in native narratives, with focus on Bhil warrior legends. In the history of Rajasthan, Bhil people are depicted as important warriors and many Rajput rulers showed faith in them, including instances during battles with Marathas and Mughals.

Bhils in Rajasthan are known for their musical rendition of the only surviving ancient traditional folk art form, Phad painting that depicts the epic of Pabuji, the Rathore Rajput chief. Bhopas are bards and also priests who are traditional narrators of this art form. The epic tale unfolds over a whole night. They recite the ancient story of the life of a god named Pabuji in front of a huge hand-painted scroll. It’s like a mobile temple. In villages of Rajasthan, Pabuji was considered an ascetic and hence his blessings were sought for veterinary services provided by his disciples, the Bhopas. The Bhopa’s singing is accompanied by two male dancers who perform in a drag. The attitude toward cross-dressing is quite different from what one would imagine. They say that those who dress up to display their artistic talent perform with sincerity and wholeheartedness. “My artistry is important to keep me in touch with my culture.” They are not restricted by traditions. Instead, traditions inspire them.

Goddess, we call you to come and bless us

Incense sticks have been lit to welcome you

Thakra Ram is 60 years old and has been singing since childhood. His dedication and reverence for his art are exemplary. Encouraged by Komal Kothari of Rajasthan, he enrolled into the Rupan Sanstha and thence began his career in folk music. As his skills and talent grew he got various opportunities to perform internationally in countries like Russia, Africa, Italy, Hong Kong. After gaining popularity through his international ventures, people and organizations throughout India started calling him to perform at events. However, after Komal Kothari’s death, there was a vacuum. There was nobody in Rajasthan who could work with similar sincerity to help musicians revive and take pride in folk music. This is the reason why Thakra Ram’s own children today seem reluctant to learn traditional music and to take it up as a serious profession. Nonetheless, he has taught about 20-25 people and all he asks from his students is that they perform with earnestness. Ironically, he argues that going to other countries to perform makes them value local music more. It has yet another effect: the attention they receive gives them a sense of identity.

As unique and amusing as their entire performance is, it is their musical instrument, ravanhatha, that intrigues us the most. It is an ancient bowed, stringed instrument, that is considered to be an ancestor of the violin. In Indian and Sri Lankan tradition, it is believed that the ravanhatha originated during the time of the legendary king Ravana, after whom the instrument is supposedly named. According to Thakra Ram, it was lord Lakshman who brought it to India after Lord Ram killed Ravana. The ravanhatha is symbolic of Ravanas’ death. The coconut shell represents Ravan’s head and the wooden neck an arrow.

The big question is, can a Bhopa like him earn his living through this? Sadly not. There is a need to connect folk music with a bigger audience and music aficionados. Efforts have to be made to bring forward folk musicians and  singers and help them make a living from music, so that they don’t have to join the drift of the town.

The bull’s arrogance has melted away

When we asked him about what keeps him motivated, Thakra Ram replies that preserving folk music is synonymous with preserving the art of story-telling. The culture of Rajasthan has been recorded through songs and it must live on forever. He is disappointed by the fact that most people do not confer much value to it.

“What God has given you, it is important to pass that on to your children. Someone once said that one who listens with his inner mind gains knowledge which leads to release from the cycle of birth and death.”

Old traditions are like an echo of India. Folk culture is like a tree that needs nourishment at its roots. We must all ensure that the roots of the tree go deeper and deeper and the tree will be able to grow on its own.