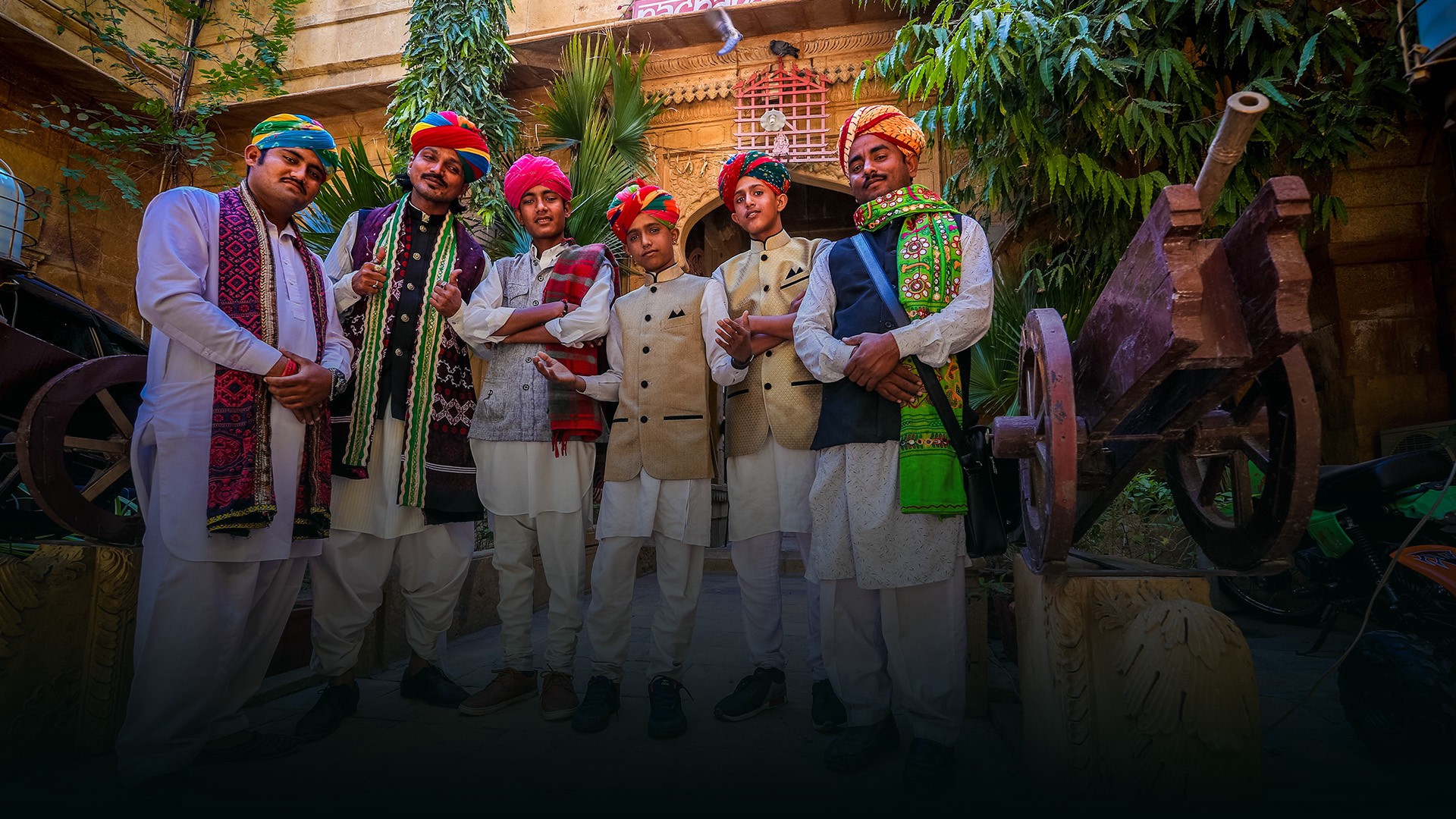 Future of Folk that Ignites the Soul

They will sing their way out of this rut, they say. In fact, they repeat it so many times that they almost believe it.

Hopes and dreams should be kept alive.

The two brothers- Roope Khan and Swaroop Khan (12 and 13 years) say that their songs reach God. They have been learning music from their uncle ever since they remember.

They are a band now; they say with a big smile.

They sang the song of the royalty of the Jaisalmer wherein the queen requests the king to be kind and ride his horse slowly:

(Your prestige increases with the jewellery, Please listen to my request and hold the reigns of your horses)

The songs tell the legacy of the royal Rajputana family of Jaisalmer where the kings were warriors and used to ride their horses with great vigour. These young boys have many such phantom stories weaved in their beautiful songs.

The voice of these two young boys tells the story of a carved jewel and the sweat and the toil of their families. Born and grown up in the Manganiyaar tribe of Jaisalmer, these two young boys have witnessed the struggles and the pain of the folk artisans. They refuse to tell those stories. They say we will sing songs and tell stories of dreams and hopes.

But sometimes they lose that when they have to cope up with their school, music and life. Both the young boys pursue their education in a local government school along with learning music. It keeps them busy and gives them a high as they say, but sometimes life pulls us down, when we get no work and see our father struggling for money, they say in a dispassionate manner.

But then we sing again.

This is work, this is life and this is all that matters.

They want to study further and also not give up music, as for them it is much more than life. It is the Inheritance and about 5000 years old tradition which they don’t want to lose. But they understand how difficult it is to survive just on music. It seasonal and they have no access to bigger platforms. The middlemen eat all the money. It is important to survey and find out a job.

They both have performed at in numerous grounds of both national and international venues with their group. They have made stage performance with Mame Khan also at various different countries. They have visited countries like the USA, London, France, Australia, etc. They are also part of Little Manganiyaar Classroom program by Roysten Abel. They are very young at an age still the understanding of music, especially their folk music is so deepened and strong that it can put anyone at a surprise. They want to bring take up their Rajasthani cultural music to another level and present it to a platform where one and everyone can cherish it. They want to make a platform for all their community members where they can be treated equally with respect. Roope and Swaroop wish to set an example in their community by achieving something in life by keeping the balance between both their studies and music. The dream that they have in their big sparkling eyes is to perform with legends on the international stage and bring pride to their culture and country.

Nick Hornby once said, “People worry about kids playing with guns, and teenagers watching violent videos; we are scared that some sort of culture of violence will take them over. Nobody worries about kids listening to thousands — literally thousands — of songs about broken hearts and rejection and pain and misery and loss.”

It is an unfortunate state of affairs.

But the young boys take life in their own musical stride. They are also learning to play various musical instruments from their father and uncle. They love the warming of colourful costumes and perform at various events. They want to perform at bigger events all across the world and make their parents proud of themselves. They sing songs of various emotions and say that pursuing music is a lifelong pursuit and they are just beginners. And there is still a long way to go. Most of these artists are illiterate and unable to use technology on their own. Through education, they want to have a better life and support their family.

These boys aspire to carry forward their age-old tradition and get a pit of this vicious cycle. They don’t know how would it happen, but life is all about dreams and hope, as it is for most of us.