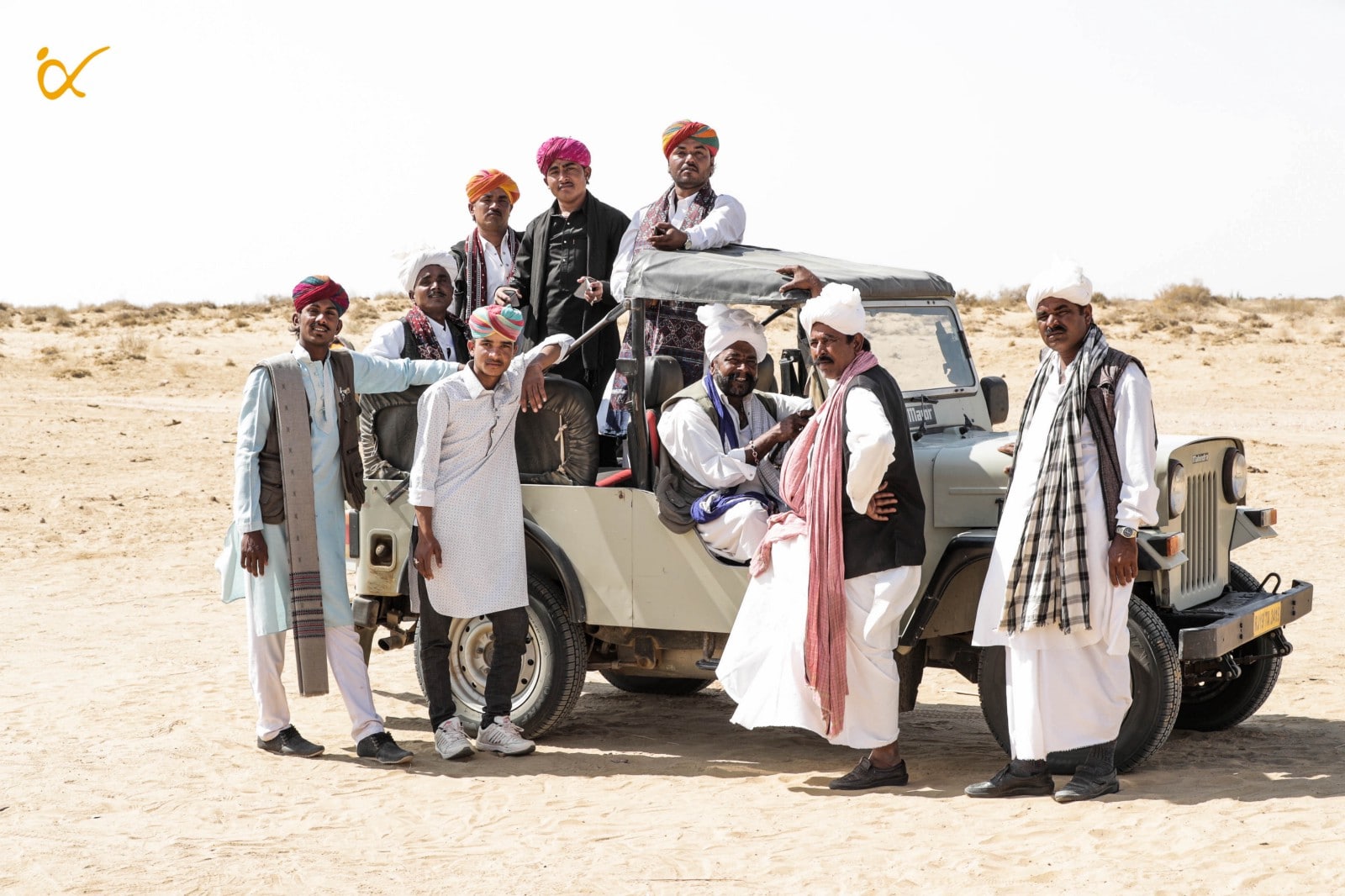 The entire ambience becomes serene with Sawan Khan in the midst of his singing, narrating the story, pauses to sing a few bars in his full-throated voice and then smiles as he takes you through the twists and turns of the story. The mesmerising, uplifting voice of Sawan Khan takes you on a troll to the journey with his songs which are defined usually as expressions of the longing to be close to the divine. Sawan Khan recalls the time when he was 8 years old and used to accompany his father, who taught him harmonium. The same he did with his son and grandson, but what he worries the most is that what one misses is a concrete effort to educate listeners about this wonderful genre as, without that, things may well remain at a standstill.

The roots of Sufi can largely be found in Persia, parts of the Arabic world, Pakistan and India. The qawwali and kaafi are the most popular styles of Sufi and are associated with poets such as Hafez, Rumi, Amir Khusro, Baba Bulleh Shah, Hazrat Shah Hussein and Khwaja Ghulam Farid. But still, in today’s scenario, the number of Sufi singers is much lesser as that compared to artists in other genres. Sufism, as the mystical dimension music preaches peace, tolerance and pluralism while encouraging a way of deepening one’s relationship with the Creator. Sufi music seeks to unite listeners with the Divine. In the songs of Sawan Khan, you can feel the pain of separation from the Creator at the core of Sufi lyrics and music, and hence the intense longing to dissolve the physical realm and transcend into the spiritual universe with the ambience.

But as a ray of hope, the group has the younger generation learning and taking a keen interest in music. If one goes around the group they can witness both the maestro Sawan Khan and the young but extremely talented Dholak players — Askar Khan and Tareef Khan, Khartal by Shaukat Khan and Anwar Khan, brother of Sawan Khan on backing Vocals perfectly blending with an essence of music.

The young Askar Khan wants to work really hard in his field and make his family proud. He wants to learn so much that he could teach his children and other children in his society the traditional Dholak. Similarly, for Tareef Khan and Shaukat Khan the learning just never goes stop, they feel it helps you grow as a person you are from within and makes it easy to get to know ones’ soul.

Although Sawan Khan has gained a lot of name and fame in comparison to others but even till today if you ask him why he sings at the age of 55, he would simply look at you and smile and say “bass Khuda se ghuftagu ho jaati hai to sukoon milta hai or jab tak wo chah raha hai guftgu yunhi barkarar rahegi. Hum to bass isi mein khush hain jo wo chahta hai (it feels relaxed and contended after talking to the Almighty and till the time he wishes the conversation shall continue. We are happy in what He wants.”