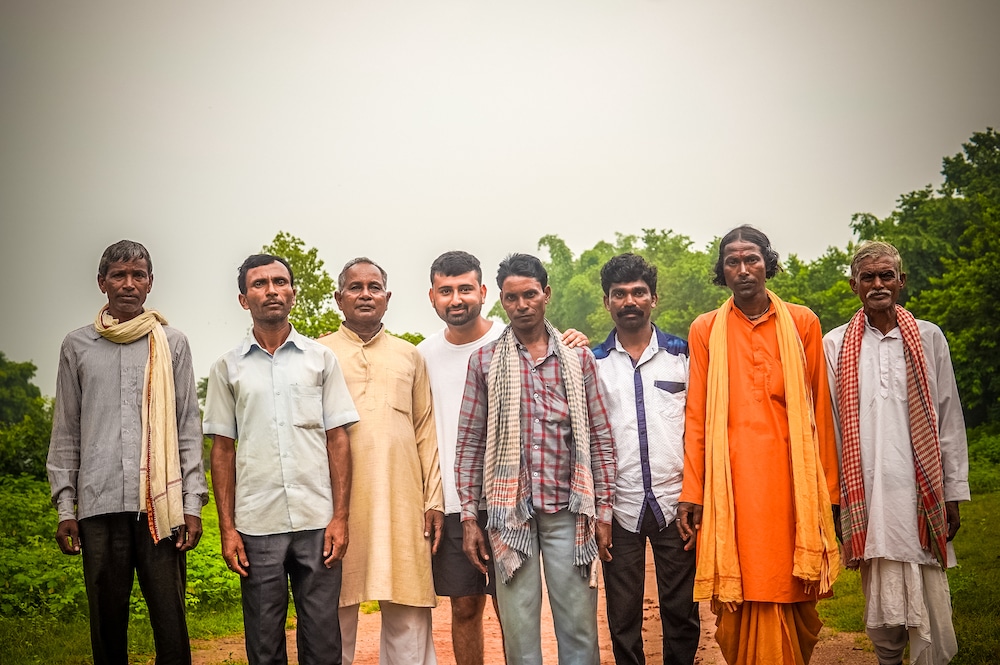 People ignore the local music of particular region by saying that it has rusted, but hardly they realize that it is as much as a part of our valuable tradition. If only people would have thought so the music would have had evolved so much today.  Kurmali language is spoken in the Chota Nagpur region of Jharkhand. It is usually associated with the Kudumi Mahato community of Jharkhand. Kurmali is spoken in other regions of Jharkhand and West Bengal. It is claimed that it is the nearest language to Charyapada. It’s dialect how so ever is very much like Panchparganiya. Also Kurmali is the native language for the community of Kurmi, a caste. There are various alternative names for the language which is  Bedia (from the Bedia caste), Dharua, Khotta, Pan Sawasi, Tanti, Tair, and Chik Barack. All the folk traditions in this community are followed in this language only. The songs are written, composed and performed in the traditional language only, which is Kurmali.

The group has dance members who give a beautiful coordinated performance with the traditional songs sung by the group. Their every performance leaves everyone mesmerized whenever they perform. The group has wonderful versatile members for whom music is passion and they shall follow it to their grave. They all belong from a small village in the district of Silli near Ranchi, Jharkhand. Srishti Dhar Mahato is a very talented artist and a very learned individual. He is an expert in the Kurmali folk music because of his extensive vast knowledge about the Kurmali language. Mahato is a farmer also but with that too he carries his passion for music alive for the sake of his culture and his love for music. He has been learning music since he was just 5 years old then. Since a very tender age, he has been following and leaning music stealthily.

The group has been performing for a long time together now. They all have been learning and the following music from their childhood. They are extraordinary artists who put in efforts at every performance like it is their last. They have performed almost everywhere in their region but together as a group they had never represented their tradition and culture on the national or international platform. They all wish to travel the globe and spread the message that their beautiful heritage songs have to give.