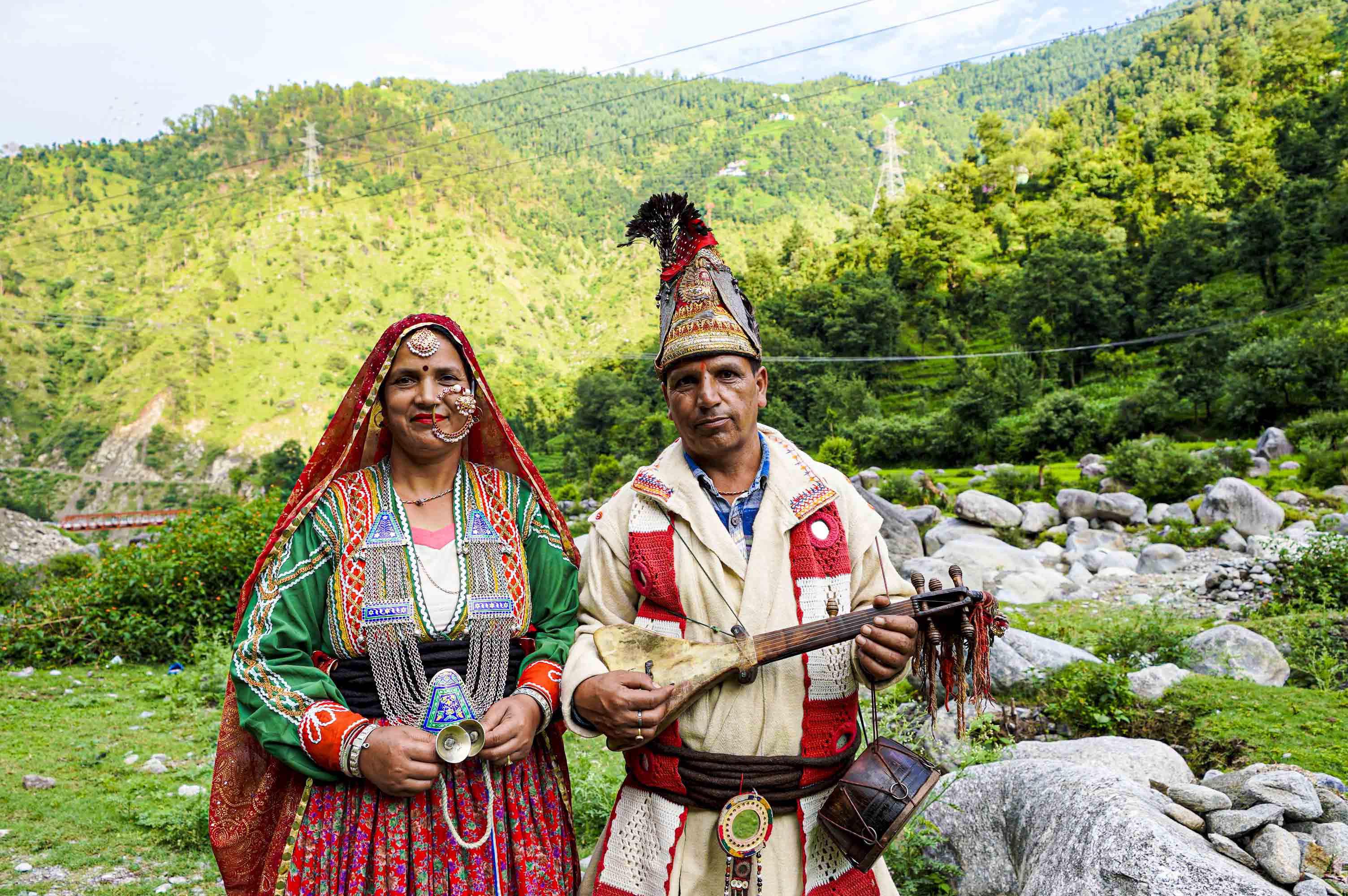 Roshan Lal was born in 1976 in Bharmour in Chamba, Himachal Pradesh. He married Kanchan in 1996 and now it had been approximately 25 years of them singing together. Roshan comes from a musical background, where his parents used to sing musada in Chamba. Roshan along with his three brothers used to accompany them and this is how all of them entered into the world of music. He learned singing from his father when he was 5 years old. Music was something which was in his family for generations. He belongs to the fifth generation of his family who sings. He and his brothers started taking classes from their guru in Bharmour to enhance their skills. He became familiar with various pahari songs but developed a connection with bhakti songs. His parents used to learn chapters and episodes on Ramayana, Mahabharata and Krishna Lila, which they used to memorize and sing during religious events. Today, Roshan does the same along with his wife Kanchan. Kanchan learned to sing from Roshan Lal after their marriage. She was born in Bharmour in 1978. She hails from a family where members used to sing and play music. But in her family, it was usually frowned upon when girls use to sing and go out. Today playing music is the only source of their income. They sing together in marriages, jagratas, festivals and family pujas. The main reason of why they sing is because music is a family tradition. Roshan’s father learned it from his father and so on. Music is just like a glue which sticks every aspect of their living with each other, so it was hard for him not to sing. Also when earlier there wasn’t any television or radio, there were only books and religious texts. Since people were uneducated they couldn’t understand. At that time only folk musicians could learn songs from their parents or teachers orally and sing it the masses. So in this way, folk musicians played an instrumental role in society. 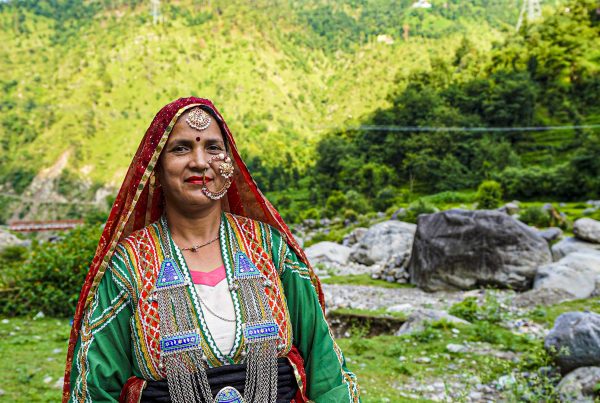 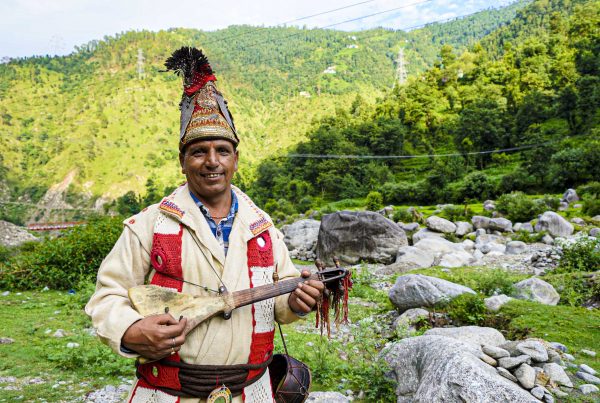