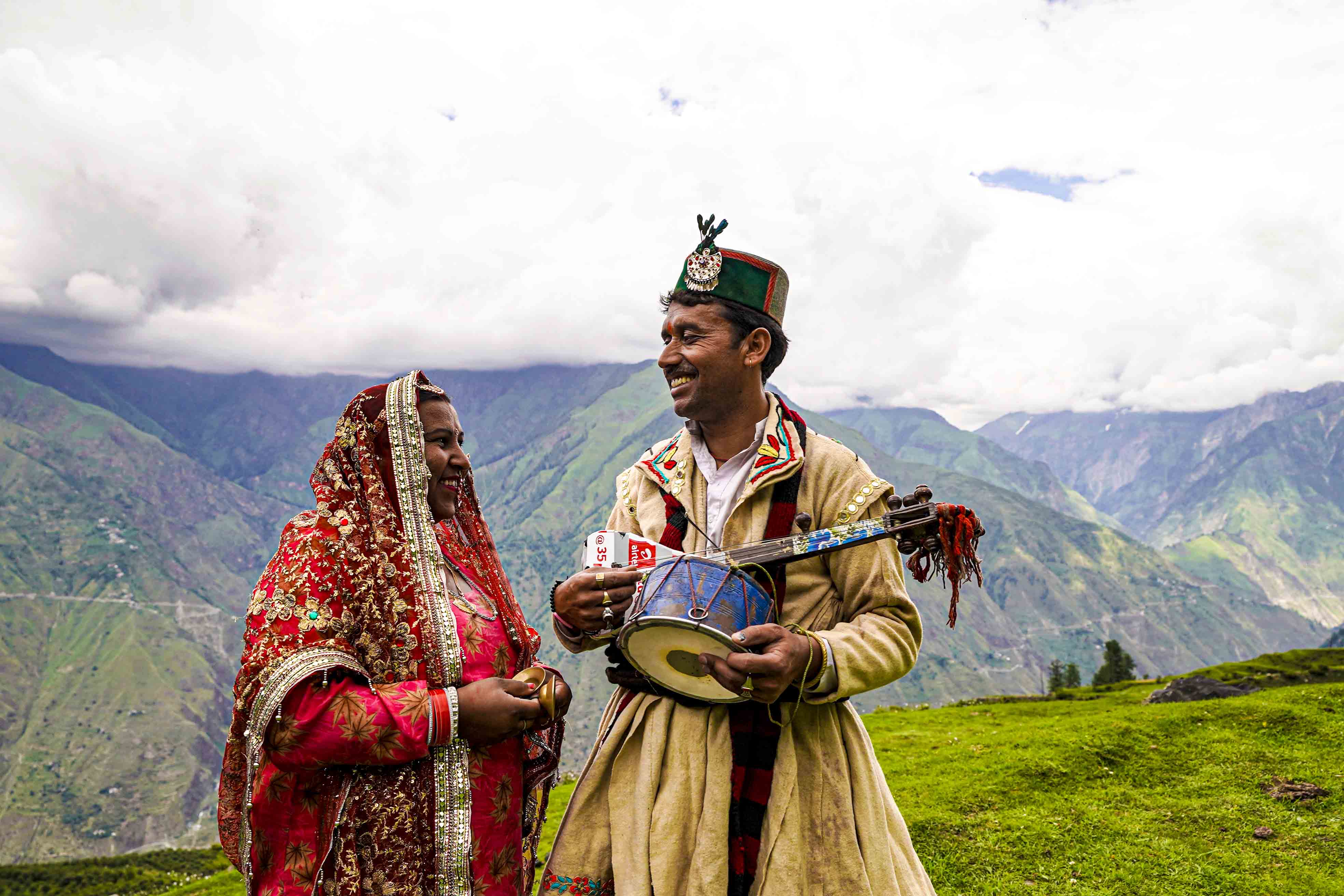 Pawan Kumar was born in 1981 in a village in Chamba, Himachal Pradesh. He is a Musada singer well known for singing religious songs during celebrations, weddings and other cultural and religious celebrations and events in Chamba. Apart from singing, he works as a farmer and a mason to supplement his earnings from musical performance. He lives with his family in bharmour with his mother, his wife, three daughters, and son. His children are studying in a school in Chamba. He has a brother who works as a mason and a sister who is a homemaker and lives with her family in Chamba. During the summers he used to work as a farmer and graze his animals in the field in Bharmour. During winters the whole family shifts to Kangra where they have a different house to escape the snow and severe weather.

Nirmala married Pawan in 2004. She was born in 1984 and doesn’t come from a musical background. She learned to play kansi and sing from Pawan. It had been fifteen years they had been singing together. Nirmala says that learning music was tough as generally girls are not taught music. It is not considered fine that women should play music. Even traditionally it was never meant that a woman shall lead the song and the man must follow her. Also, it was difficult for women to travel alone to sing. Pawan says that till now he has seen only one woman who used to play the ruvana.

He has performed throughout Himachal Pradesh and usually performs in Kangra. In order to perform at different places, he somehow managed to learn the kangri language and music of Kangra. He also uploads his songs on youtube which helps him get shows more easily. He wishes to perform on a national platform. One challenge that he faces is the lack of infrastructure in his village which makes living difficult. There isn’t any pakki road which goes to his village. He had to shift to Kangra to get access to amenities like healthcare and schools. He wishes that his children get settled in cities to get a better lifestyle but at the same time pursue singing to conserve heritage. 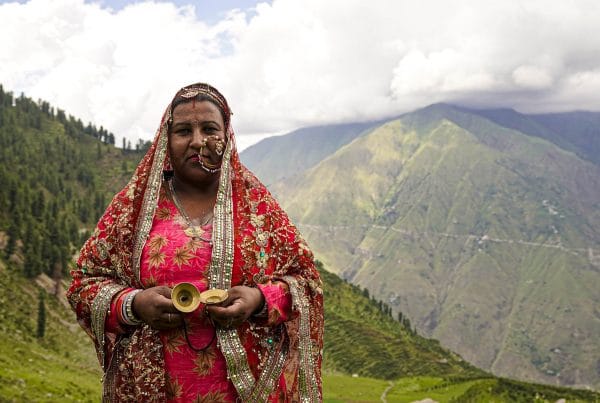 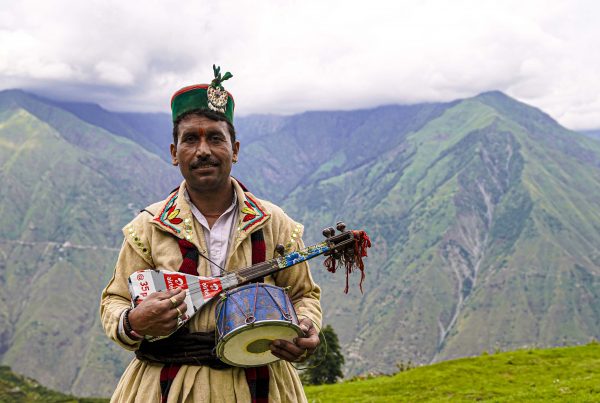