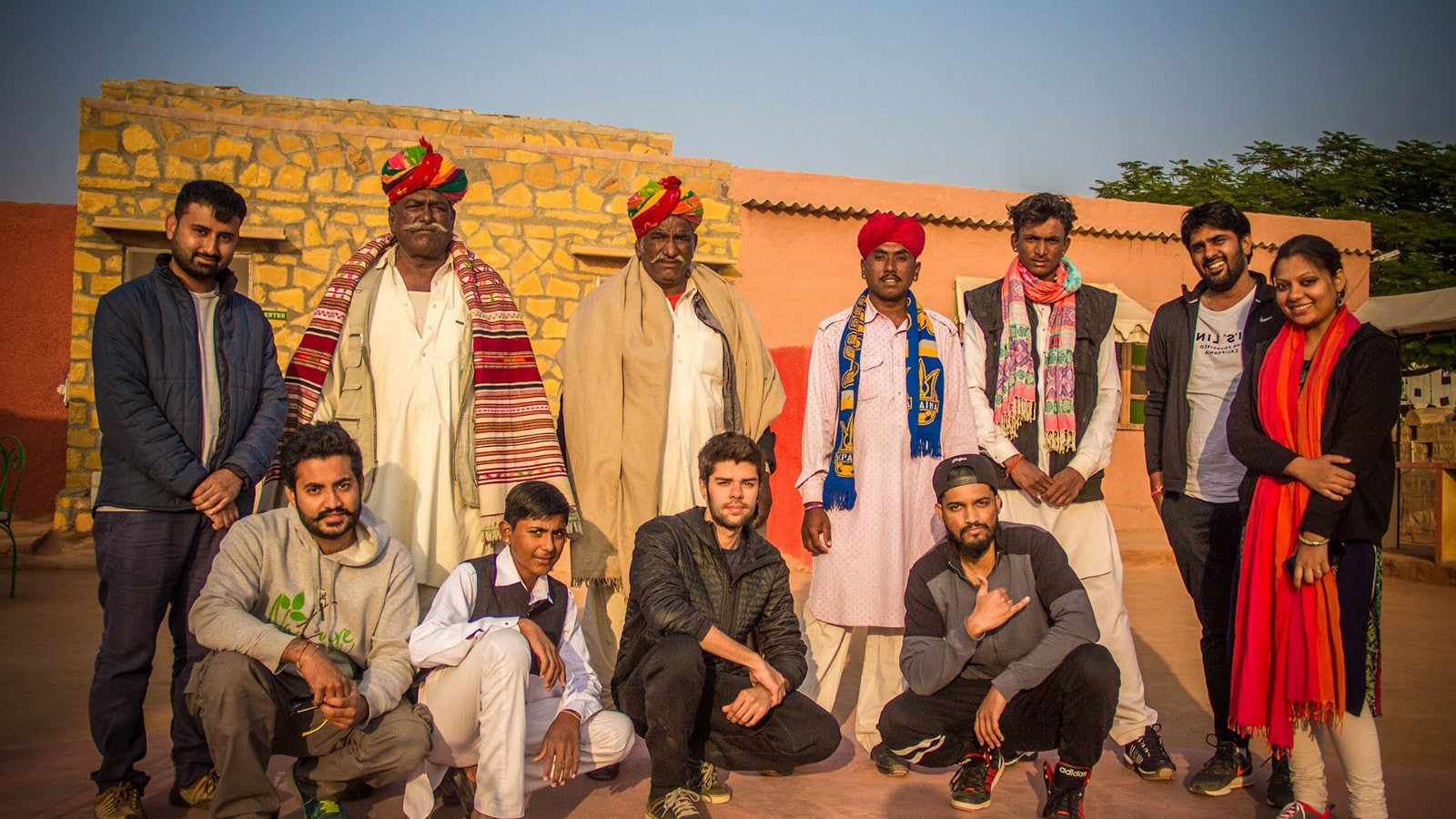 Gullu Khan is a folk singer from Jangra village in Jaisalmer, Rajasthan. He is from the Manganiyaar community and is blessed to perform in Hindu’s temple and as well as Muslim’s mosque. He is welcomed by both the religions whether Hindu or Muslim. He has been singing and following his age old generation’s traditions of cultural folk songs. Talking about the importance of music in his life, he says, that even when new-born cries in their family, it’s in a perfect melodious pitch!

Personally, his favourite genre is Sufi music. As is the case of most popular Manganiyaar singers, his patron is the Thakurs. While he has performed in many countries to date, his favourite place to perform in Paris. He fondly speaks about the importance of education in his and his children’s life. Apart from music, this talented man from Jaisalmer wants his children to be well educated apart from providing them with a training in music. His children are equally passionate about music and want to pursue it further. His musical themes are deeply inspired by and embedded in the culture of Jaisalmer. Gullu Khan, an illustrious singer of Manganiyaar tribe beautiful weaves various tales of love and bravery together when he sings,

There are a lot of rivers in your front,

Talk to me sweetly, you are a Royal Rajput by blood, and you are mine.

There are a lot of forests in your way,

So take a horse for your travel, so you won’t have to walk.

I am Your beloved with big eyes,

Talk to me sweetly, you are a Royal Rajput by blood, and you are mine.

Thane, 60 says that he has been learning from a very young age. This is what everyone in our tribe used to do, so did I. But I could not study much. Regretfully he says as there was no school in the village.

But life has its own way and one should not interfere much with the universal plans, he says. Music has taken him all over the world. He has performed in as many countries as he says, “Cannot be named all in one go”. He has also performed in a circus in Europe and has stayed there for four years. He says, those days were different, but now I am old and I hardly get any work. Such is the life of artists. You cannot claim your success.

He sings songs of a bouquet of human emotions meticulously weaved in folk tales.

In the song, Pehlo pehlo, he beautifully describes the sweet-salty relationship of a couple.

The husband and wife are playing a board game,

The husband’s move is quite a bad one and the wife’s move is excellent.

Therefore, the husband gets mad and throws the board game

So the wife gets upset and shuts herself is a room

The husband’s sister comes first and asks her to come out, and open the door

She says to her, why are you angry with my brother?

In reply, the wife says: I will not be convinced,

Your brother ruined the game.

Such is the nature of folklore. They describe human emotions in the rawest but entertaining manner.

Gullu Khan has witnessed how folk music is neglected and is a subject to the vices of middleman who take innocent folk artists abroad and pay them nuts. He sadly says, there are no mediums, no platforms for us to have our copyright. Our songs are stolen. We preserve them in our blood and sweat but at the end, we are the ones who starve while others make money through that. This is unfortunate, he says.

Like other artists of Manganiyaar tribe, Gullu Khan also struggles for living in spite of being the custodian of this age-old folk art and a trained melodious voice. He is disappointed by the fact that this culture of folk music is gradually dying and it is high time to preserve this age-old tradition.

But he says hope is something we should never lose.