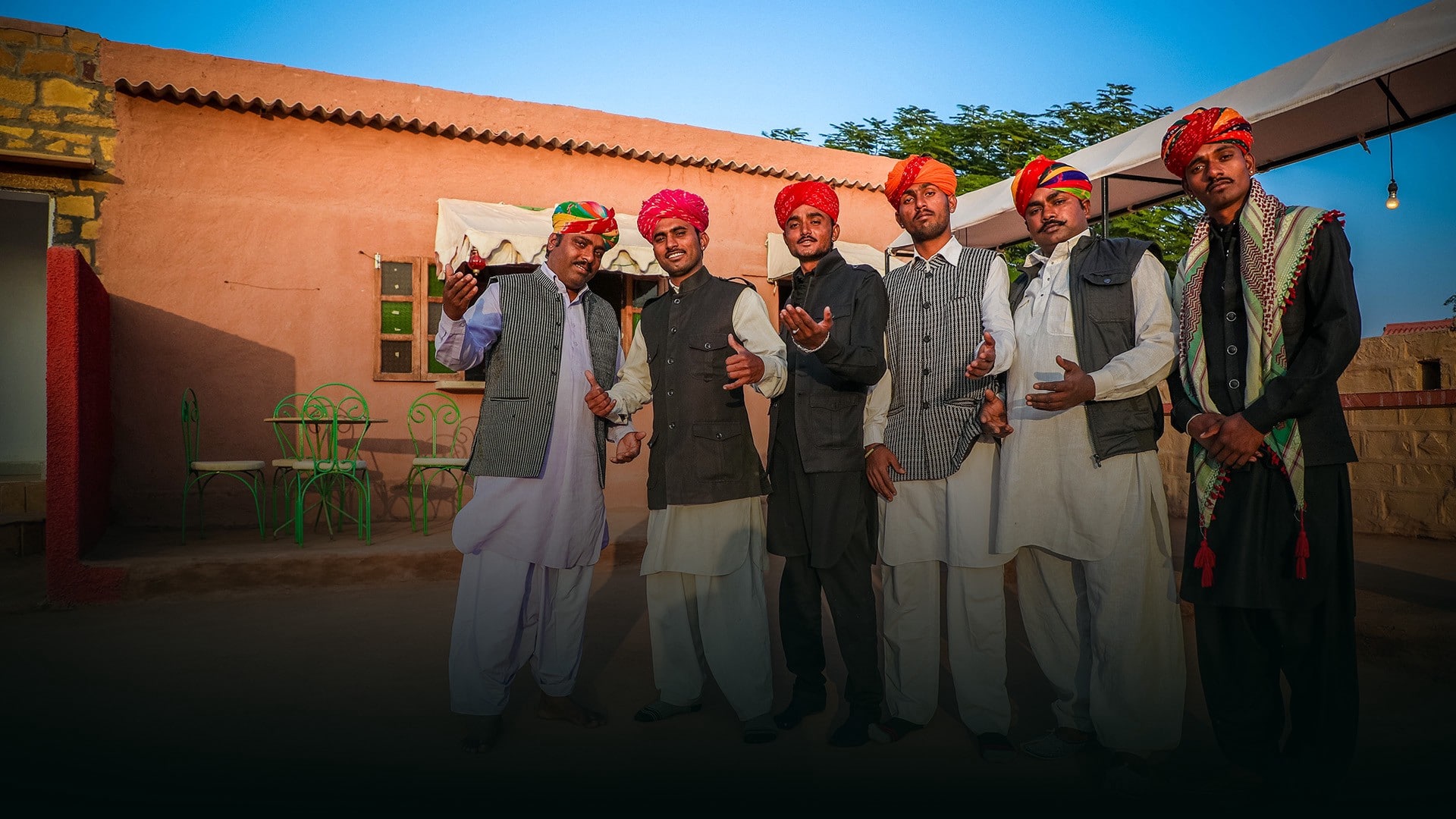 Bhutte Khan is a young musician is just 27 of age and has been learning folk music since he was 10 years old. He is a learned traditional folk singer who sings all the folk songs which his father — grandfather has been singing for ages. He says that whatever he has learned is the only way of learning in his culture that is just through listening. He tells with pride that in his community when even a just born child cries, he cries in a raag and rhythm and so there is no necessary need to teach them or send them to some teacher in order to bring passion in them for music. Everyone in his community automatically learns from one generation to another. The mere mention of the folk music brings to the mind the melodious Rajasthani folk songs. Rajasthani folk music is immensely popular and is appreciated all over the world. The folk music of Rajasthan is originated from stories and daily activities of Rajasthani people.

There is a diverse variety of music in every part of Rajasthan. Every region has its own folk entertainment including the different dance styles that differ with the songs. Among famous Rajasthani folk music Panihari, Pabuji ki Phach and Maand are the best. Maand is the most sophisticated style of folk music and has come a long way. Earlier it was sung only in the royal courts in praise of the Rajput rulers.

Bhutte Khan sings beautiful folk and Sufi songs. Sufi he has learnt from his grandfather who himself was a famous Sufi singer back then. Bhutte Khan can sing all types of songs but he prefers to sing his cultural music wherever he goes as he feels proud of it. He started singing from the age of 10 and since then there is no stopping by. His first competition and stage performance were in New Delhi, organised by CCRT in 2004 in which more than 500 talented singers participated. He has sung in various festivals organised by the Government like Marwad Festival, Desert Festival, etc. He wants to live with the passion for music alive in his life, as that is one passion which is very dear to him and keeps him going. He dreams to travel the world and spread the word about his culture with his music and passion. The Rajasthani style of music has made a significant contribution to enrich and enhance the Indian music as a whole. The music of the royal state of Rajasthan has its own flavours which have kept the 5000 years old tradition of the state still alive. Thus the folk music of Rajasthan is the soul of the land of the Royals. Bhutta says “Folk music is suffering from cruel editing. People say that they are keeping folk music alive by remixing it, modifying its story, context and even lyrics. I think that is the perfect way of destroying something of historical importance, be it culture, heritage or traditions. And folk music is India’s heritage and it should be presented without modification in its soul or essence. And if this editing continues it’ll create confusion, ultimately destroying folk music.”

He and his group is one such group which a wonderful and extremely talented group member. The group has seasoned older artists like Bhutte Khan, Rahim Khan, Mushtar Ali, Ashraf Khan and Khete Khan. The group together when sings create a mesmerizing atmosphere amongst the audience and leave them to spellbind after their performances. The seasoned artists in the group are responsible for the teaching and guidance of the younger artists present in the group. The group sings mostly authentic original songs of their traditional heritage which has been passed on from their forefathers to them which each generation. The group performs at various occasions like childbirth, wedding, housewarming, etc. at their patronages’ houses. The group earns their living out of the live performances they give at various different places. Apart from the music they literally don’t have any means through which can earn.

The most interesting thing about this group is their love for fusion. Each one of the member in the group wither plays guitar, drums, or synth. They all look forward to a future where they can play together for a wider audience who can cherish the music that they make and play. However, their love for fusion music a lot but they make sure to keep up their cultural heritage folk music in balance and doesn’t hurt the emotions of their elders in their community. These group of artists don’t dream of going to Bollywood and collect fame, rather they and the world to know Rajasthan and their singing is known by their music. They want to make their country proud and carry forward their legacy from one generation to another. For them all they know is music and they can never get apart from it and thus for them it a not just music it is their way of living their lives.