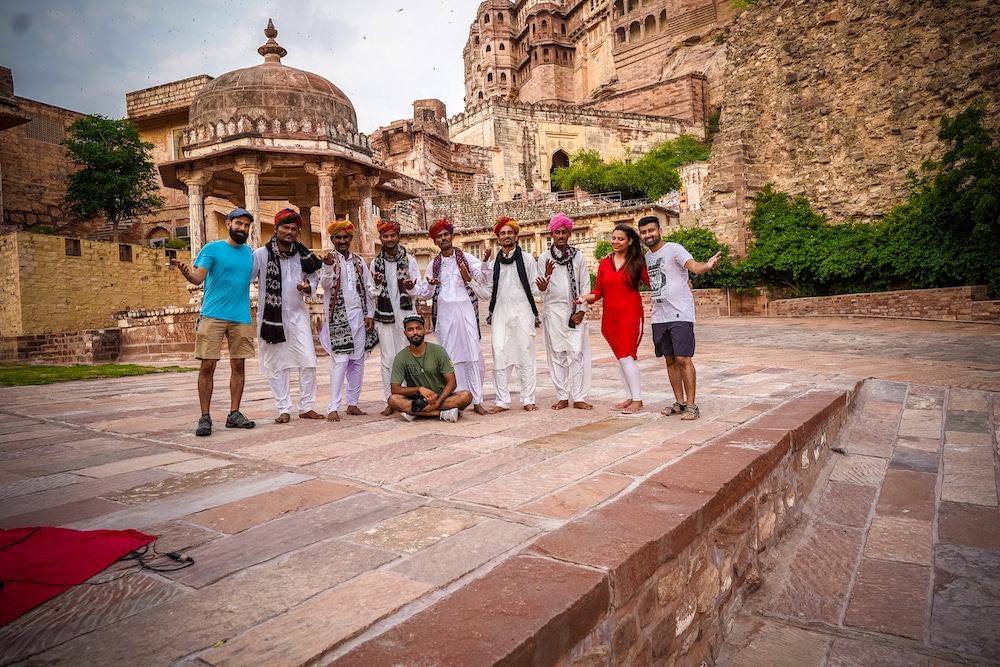 Jodhpur is one of the most enchanting cities of Rajasthan, with its mighty Mehrangarh fort overlooking the city. In this enchanting city, we found a group from Langha community which was led by Ayub Khan. Langhas are tribal people of Rajasthan who are mostly found in the Jodhpur, Phaludi, Udaipur region. Hailing from the land of song givers, they are extraordinary performers. The group sings songs about love, romance, wedding, God, and many others. We had set up a location for them in a haveli which itself was quite extraordinary and the performance of the artists added to its glory.

Langas are accomplished players of the Sindhi Sarangi and the Algoza (double flute). Their music accompanies their challenging and enchanting songs. They perform at occasions like weddings and births, exclusively for their patrons. ‘Sindhi Sarangi’ is extensively used by them and is made up of four main wires and has more than twenty vibrating sympathetic strings that creates its unique haunting hues. Playing of these instruments is a skilful exercise, often supported by the sound of the ‘ghungroos’ or ankle bells that are tied to the bow to make the beat more prominent.*

During peak seasons, the group manages to secure 8-10 shows earning Rs. 7000-8000 per performance. They have performed in all major cities across India and dreams of being a renowned musician with a large band and having throngs of people attend his performances. They sing traditional songs from their community but do not write their own songs. They sing songs that fall in the Khamai, Maru, Kilad and Des Raag family. The group wishes to be able to sing the songs forever, money doesn’t matter to them. Stating this he started in his own way the song:

The spin yard is made out of Sandal

The threads in it are of different colours

And made a beautiful shawl with those threads

May God bless you with a long life

They receive show bookings from local contacts who forward them with opportunities in India and abroad. The group dreams of being able to work to have their group perform across all cities and towns in India and expand their footprint.