Rajinder Singh was born on New Year’s Day in 1974 in a small village called Samra in Bharmour in Chamba district in Himachal Pradesh. He learned to sing while he was in school. His parents used to sing and play ruvana and khanjri during weddings, festivals and religious events. Rajinder also sometimes went with his parents and sing with them. It inspired him to follow pahari music. After that, he learned music and play instruments from a local teacher in Bharmour. He believes that music is a gift of God and not everyone is gifted with it. He finds himself fortunate to be blessed with his gifts and doesn’t miss one opportunity to sing. He believes that music is like a torch given to him by his parents, which was in turn given to them by their parents and further he wants to pass it to his children. After his schooling, he used to help his parents in farming and occasionally went to perform. He married Shakuntala Devi, who hails from Samra as well in 1993. She was 19 when she was married. She wanted to learn music but the music was something which was never followed in her family. Plus, women singing, in those times, were usually frowned upon in the villages. After she married she learned singing from her husband. Rajinder also taught him to play kansi– cymbals. They had been singing for nearly 25 years together. Just like Rajinder’s parents, they perform at weddings, festivals, religious events, celebrations, etc. Rajinder lives with his family, which includes his mother, his wife, his two children and his brother’s family. His children are currently studying in school. Apart from performing music, the other source of income for the family is agriculture. Rajinder works on his land in Bharmour while his wife engages herself in household work. Since during the winter months it is hard to work in Bharmour due to snow, they have built a home in Mangla, another small village in Chamba, where they shift during winters.

The couple belongs to the Gaddi community, which originated from Bharmour in Chamba. The people of the community were historically shepherds and used to graze sheep and cows in high altitude pastures of Himalayas. It is believed that a lot of compositions were made by people while grazing their animals. They are avid worshippers of Lord Shiva and their devotion is visible in their songs. The community has a rich culture, from bright costumes for both men and women to cultural festivals like Basua or Baisakhi, Minjar Mela, etc.

He has recorded and sang songs in various places in Himachal Pradesh and cities like Delhi and Bhopal. Though passionate about singing he wants to preserve the heritage of folk songs but due to financial reasons, he can’t. He talks about how difficult it is to work in music when people don’t provide enough money for travel and performance. He says that being uneducated in today’s society is a great loss and someone needs to do something for that. He is working hard to make his children get educated, work hard and follow their passion. 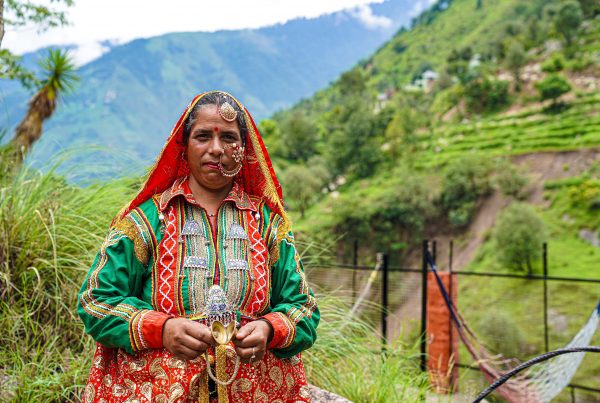 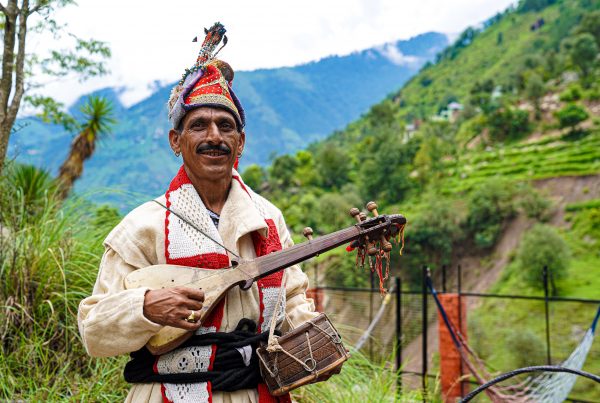