In sync with spirituality and devotion 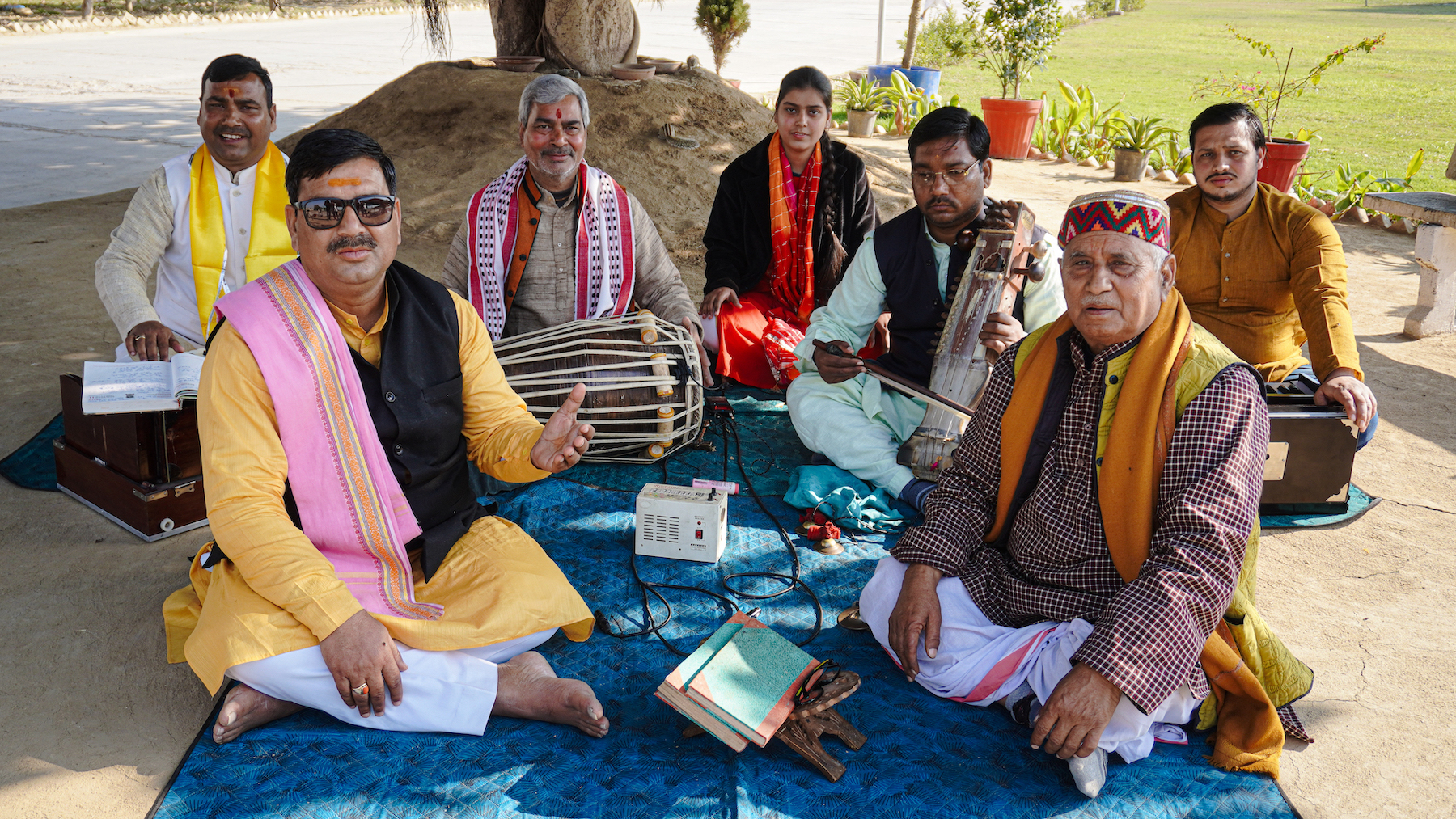 Hari Babu Kaushik, 76, is a legend in this field of folk music from the Braj region. The group performs Haveli Sangeet that plays an important role in enriching the heritage of Braj music. Haveli Sangeet is a form of Hindustani classical music sung in Havelis (now called temples). The essential component is called ‘Dhrupad’. It originated in Mathura in Braj in Northern India. Pandit Hari Babu Kaushik belongs to the Mushti Margiya Samprada, established by Prabhu Vallabh Acharya. It takes the form of devotional songs sung daily to Krishna by the Pushtimarg sect. The bandish, Khayal, sung in various Gharanas of Hindustani classical music, is derived from Haveli Sangeet, where they are performed in their complete and original form.

Haveli Sangeet is another name for the Hindu temple music practised by the followers of Vaishnavism and is considered a part of a rich historical tradition. Essentially a tribute to Lord Krishna, its form includes devotional renditions like Kirtans, Bhajans, and Bhava Nritya, all related to religious cult worship. Although a mix of classical and folk music, the style is inherently borrowed from the Dhrupad and Dhamar. Haveli Sangeet is commonly played at the many temples of India, like the Radha Vallabh of Vrindavan, Krishna of Nandgaon, Uttar Pradesh, and Sri Nathji of Nathdwara, to name a few. Over time, the Haveli Sangeet lost its popularity in India and is almost extinct. But this group with Hari Babu Kaushik has still kept it intact and is determined to pass it on to the next generation as well. Hari Babu Kaushiks’ granddaughter is part of the group, and she has adapted and imbibed the traditional culture of haveli sangeet in her music.  The group is an amalgamation of senior and highly talented group members namely, Hari Babu Kaushik, 76, a Vocalist and Sarangi Expert; Pt. Mohan Shyam Sharma, 57, a Pakhawaj and Tabla Player; Kriti Kaushik, 20, Chorus Singer; Sourav Chaturvedi, 29, Harmonium Player and Chorus Singer; Manmohan Kaushik, 42, Sarangi Player; and Mayur Kaushik, 38, Harmonium Player and Chorus Singer. 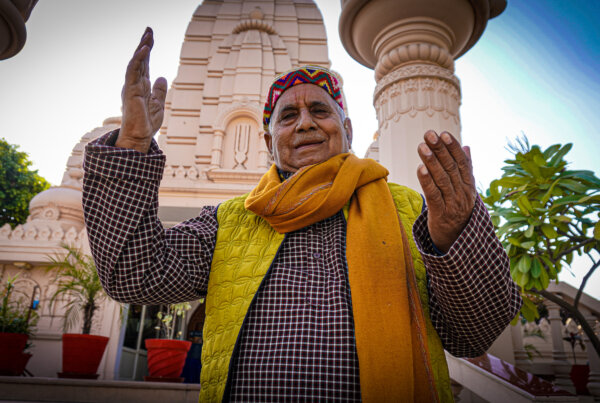 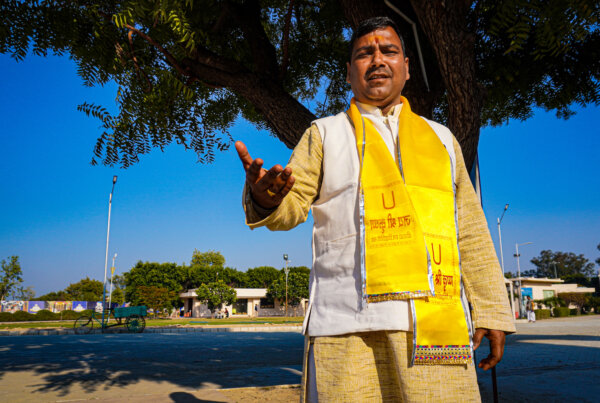