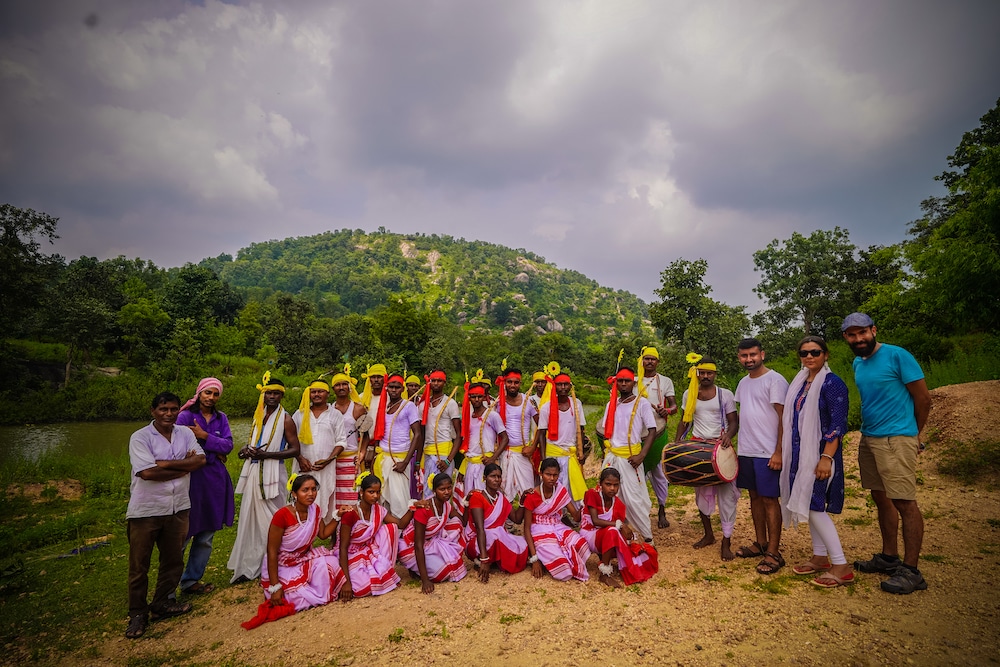 Mundari people are a tribal group of India residing in Jharkhand. They speak the Mundari language, which belongs to the Munda. They are India’s one of the largest scheduled tribes and are called with different names at a different region where they are found which is not specific to Jharkhand. They are well known for preserving their culture. The group leader of Mundari group Panchanan Munda told us that they have a treasure of so many folk songs, dances and various musical instruments. The community makes no discrimination between males and females and thus both of them participate with excitement at the dance event held at social platforms and events. sexes participate in dances at social events and festivals. Upon learning we got to know that they follow elaborate rituals in order to celebrate the festivals and occasions like birth, death, weddings, etc.

Panchanan explained to us various form of celebrations like the birth of a boy is celebrated as an earner of the family, the engagement ceremony is called lota pani, the girl’s birth is celebrated as a family caretaker. They have their own set of social traditions and regulations which is followed in their entire society. They are known for following it in any circumstance what so ever. They never go back on their norms and celebrate and live a very happy life. Mundari songs are about the bravery also that their people show during the time of the revolt for independence. With all this conversation about the rich folk, we reached our location which was a bank of a huge pond surrounded with green mountains. The groups were dressed in bright colour clothes with a typical set of accessories on them. The group consisted of both men and women who participated in dancing along with the singing. The steps were well choreographed and coordinated by Panchanan himself resultant a beautiful performance which we thoroughly enjoyed. With Birsa Munda as their role model they have written numerous songs on him, praising and requesting him to come back to them and save them:

Ote aadi aeyotaana, beer kuru chava taana haye haye
Our farm is on verge of destruction, the trees are on verge of extinction