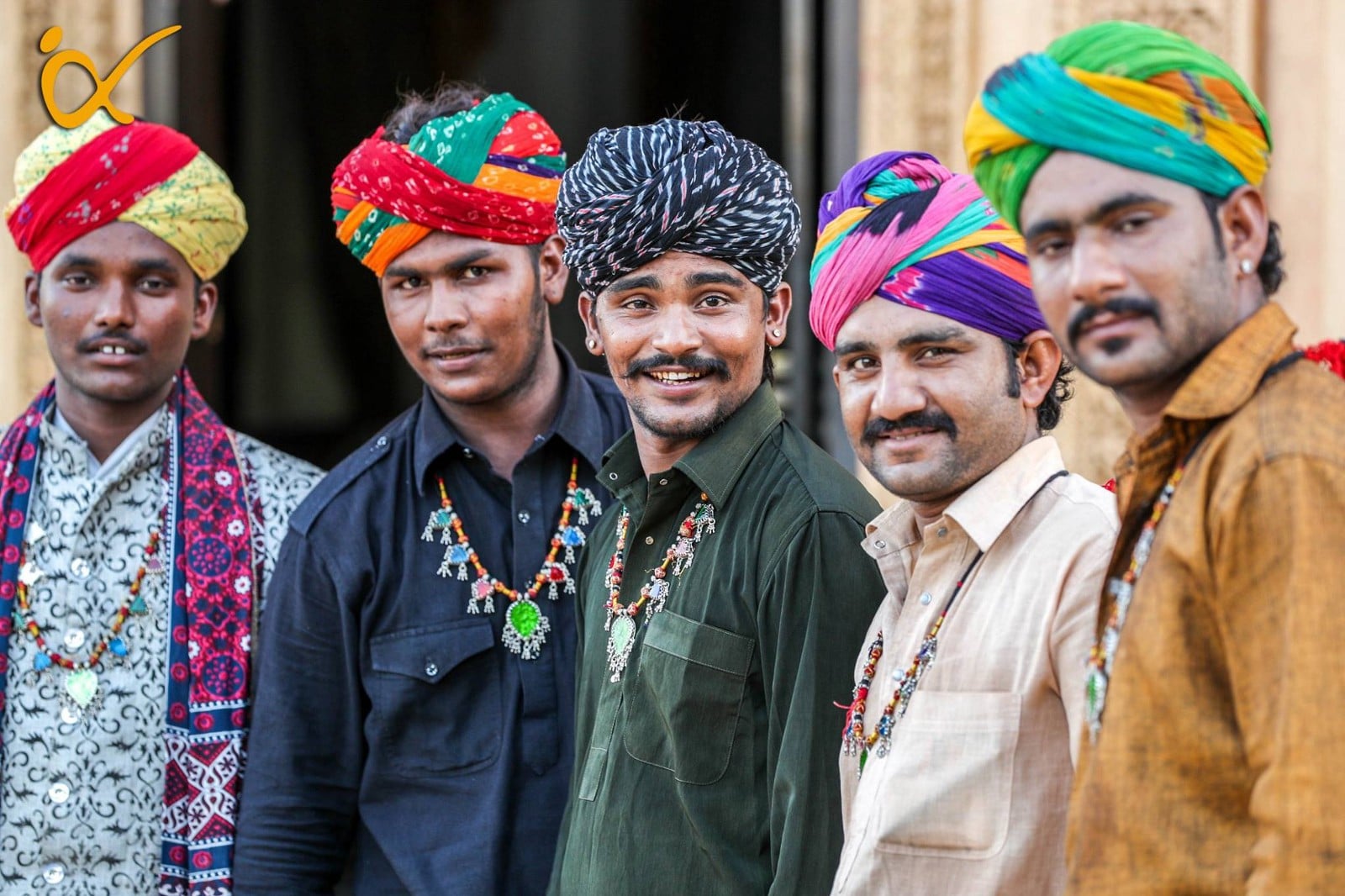 In a land where music is embedded in the ramparts of every palace and the stones of the fort, in each nook and corner, Salim Khan’s music stands out for its sheer simplicity and the rare instruments like “Morchang” used by Salim. I want to name my website “Jaisalmer Beats”, says this 23-year-old, immensely talented man. Salim Khan is a perfectionist when it comes to music and also experiments with western instruments from time to time. Apart from playing the traditional Manganiyaar instruments like Algoza, shehnai, morchang, bhapang, he can also play western instruments like guitar, violin and jamb.

So far, Salim Khan has travelled to some 26 countries all over the world and has already filled out two passports. Salim Khan has been singing since he was 5, and has learned music from his father Bagga Khan. The royal family and its members, “Jajmaan” have been his patrons, and music is the lifeline of his family. Music is equivalent to a home for this man.

In future, he also wants to experiment with a fusion of western and traditional Rajasthani folk music. His music comprises of all genres from folk, classical, Sufi and songs dedicated to the Royal family. According to him, in their community, music is free of all barriers of caste and religion, and this is what makes their music special. Apart from being an expert in a variety of instruments, Salim can also sing in other languages like Hebrew and Spanish.

His melodious, high pitched but balanced voice, lingers in your ears for a long time.

Salim Khan believes in propagating this musical tradition and preserving it in a right manner and if given a chance, would also like to volunteer in music school. His group comprises of young children too, proficient in singing, and all the instruments and the youngest member in his group is 5. His music makes you believe that there are some things which transcend above all the boundaries and are infinite. The music is infinite, and the possibilities of his melodies are endless. The music itself is so vast that it cannot be confined to a textbook and standardized, as there are no set standards for learning music which is imbibed in his blood through generations.

My beloved(sham) is not at home,

Whom shall I play(celebrate) Holi (festival of colours with)?

Like all his contemporaries in the folk music community of Manganiyaars, Salim Khan’s music also encompasses all the flavours of Rajasthan and Jaisalmer, like the transition of seasons, and the celebration of festivals like Holi. India is known for its colours and various layers of culture, and the culture of Jaisalmer is rich enough with harmonious melodies promulgating in unforgettable renditions. Raga Darbari is a very serious raga and is very difficult to master. It is meant to have a very deep, emotional impact, yet, it’s simply astounding how Salim managed to compose a playful song like Holi in this Raaga. There are recurring themes even in this light-hearted song, a longing of women for their men. As Salim Khan and his group finish a song, they introduce us to the world of Sufi music, rendered poetically by Manganiyaars, in Salaam-alaikum, where they invoke Allah, and his peace. “Peace be unto you”.

The song starts with the repeated chanting of popular greeting in Islam, Salam-alaikum, which means “Peace be unto you”. Since this song belongs to the Sufi genre, the main emphasis is on achieving peace through devotion, and in celebrating that peace through workship. This is sung in the form of a Qawwali.

As different and contrasting genres these two songs are, one couldn’t help but wonder the effortless renditions and the transition from one Raga to another, with the vibrations and rhythm of the Khadtaal, and dholak for keeping Taal.

This land of Jaisalmer, which is so rich in history, music plays a vital role in shaping their livelihood, and their life in Jaisalmer. This is the music, the culture which deserves to be preserved since it’s a part of the intangible heritage, and a vital part of the socio-economic fabric of Jaisalmer.