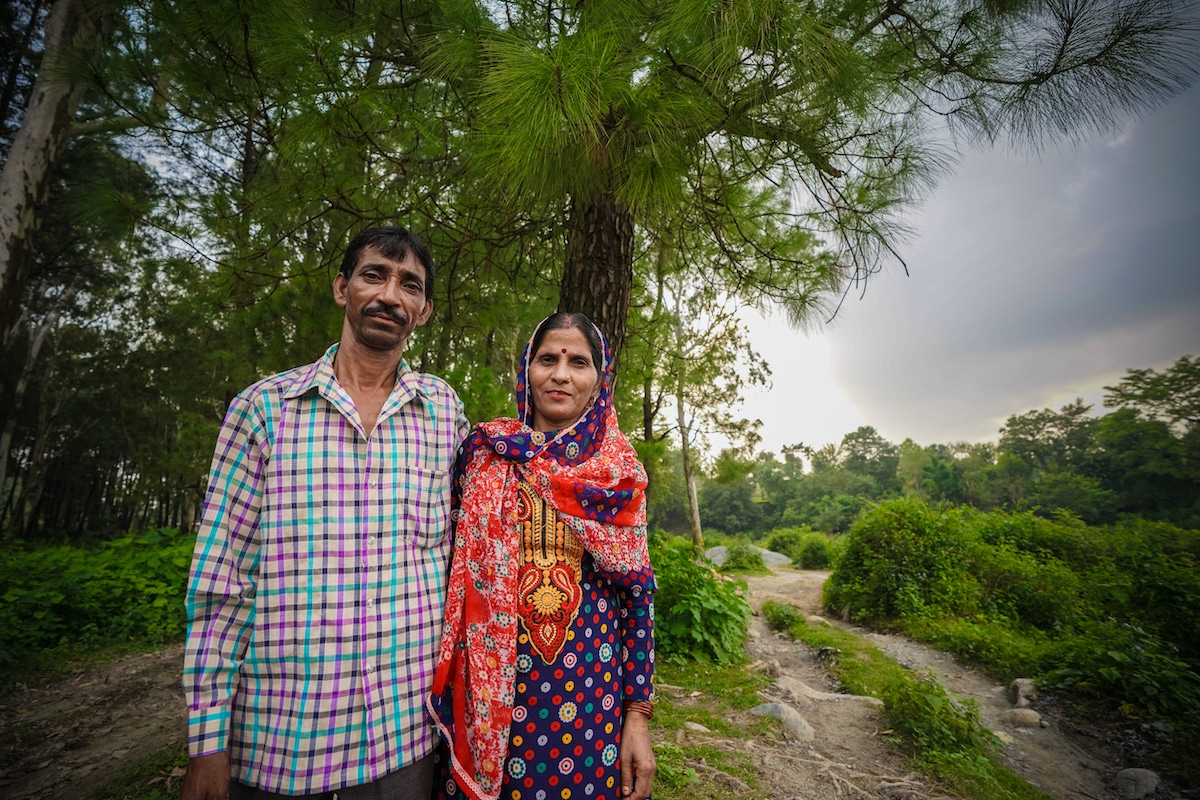 Uttam performs Kangra folk music with his wife, Ikko Devi, they belong from Trambola, Dharamshala (Kangra Valley). The couple is one of the only few lefts who perform the traditional Hindu new year folk song of the month of ‘Baisaakh’. They are an old couple who earn their living mostly by performing at marriages and festivals. The couple is said to perform a unique song which is sung when someone is facing difficulty in getting married; statues of Lord Krishna and Radha are married in a small ceremony and then floated away in a water body. The song is sung during that ceremony. Mostly their songs are about rain, marriages, local deities, new year, and other folk songs. Uttam is 49 years old and is all about music. He doesn’t do anything for his living for bread and butter but only practising traditional folk music. Uttam and Ikko Devi both have been passionate about for traditional folk music since their childhood. While performing Uttam sings and plays Dholak while Ikko Devi also sings along. They always perform together. They belong a community known as ‘Mahashaya’ in Himachal Pradesh. They sing traditional songs in the month of March which starts with the tales of Lord Shiva’s weddings which is known as ‘Shivratri’ in India.

Dholru is the first month of the lunar year and the first day of the month is celebrated with a belief to bring happiness and prosperity. This festival is known as Chatrali in Kullu and Dholru in Bharmaur area of Chamba district. In district Kangra, Hamirpur and Bilaspur, the first day of Chet month hold special importance. During this festival, there is a special tradition of singing which is considered auspicious and thus the person who sings and travels to every house. The community that sings Dholru sing in the month of Dholru only and never apart from that. The people consider it a sign of good fortune to hear the songs at their doorstep.