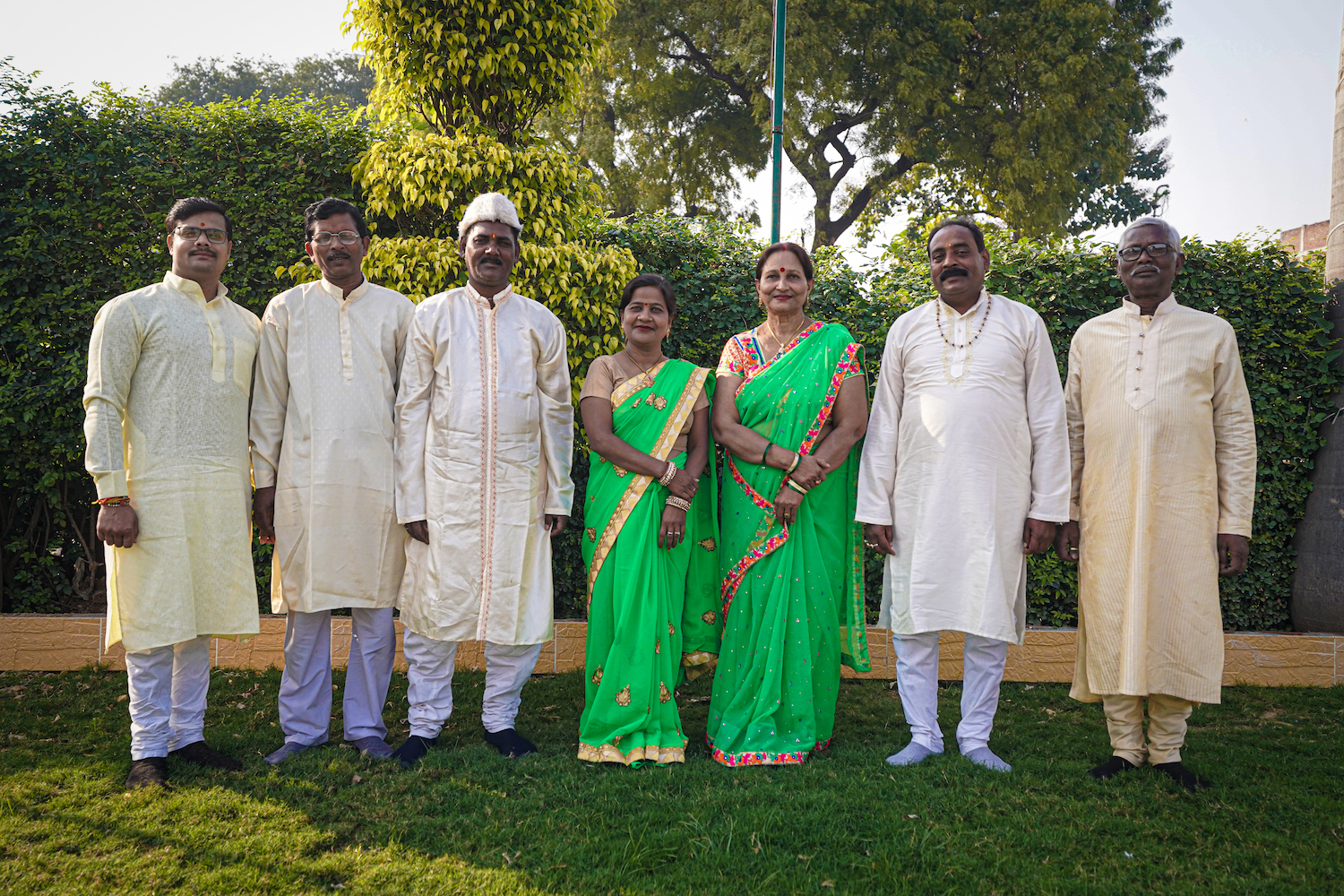 One of the best-known singers of the region, Urmila Ji is known for her Kajris (a form of singing popular in the monsoon season), though her repertoire is very vast. She has released her cassettes and is invited widely to sing at formal and informal gatherings – mostly in urban settings. She has a very gentle & subtle style of singing with minimal body movements but a lot of expressions. One of the most popular and well-known forms of folk music – Kajris is often sung by classical and semi-classical musicians. The word Kajri is possibly a derivative of Kajal – meaning Kohl or Black. In a country of sizzling hot summers – the black monsoon clouds bring with them relief and great joy – with a need to sing out loud. This is the moment for the Kajri to be sung. Even though Kajri is sung in a large region – Mirzapur is considered the home of the Kajri. According to a folk tale of Mirzapur – there was a woman called Kajli whose husband was in a distant land. Monsoon arrived and the separation became unbearable, and she started crying at the feet of the Kajmal Goddess. These cries took the form of the popular Kajri songs. There are two forms of Kajri singing in UP – one within which it’s sung on a performance platform and the other when it is sung by women on monsoon evenings while dancing in a semi-circle- this is known as the ‘Dhunmuniya Kajri’. Accompanying her is Sufia Begum on backing vocals, Ajay Chowdhary on Dholak, Ram Garib Das on Harmonium, and Shree Prakash Srivastava on Manjeera. At the age of fifteen, the shadow of her parents rose from the head. The responsibility of three innocent brothers was on her shoulders, and the sister said started writing a new chapter. Folk song singer Urmila Srivastava, who has kept the limelight of his mother with the fragrance, culture, and culture of his soil, got his singing done not only in the country but also in the foreign land. He has given a lot of applause with wah-wah by singing the melodious songs. At All India Bhojpuri Sammelan in 1992, she has received hundreds of honour letters including ‘Kajri Sammani’ in Delhi, Bhikhari Thakur Samman in World Bhojpuri Sammelan in Mumbai, Bhojpuri Council Kolkata in West Bengal, ‘Kokil’ and Mahendra Mishra Puradiya Samman in 2009 on Mauritius soil. Urmila Srivastava, who has earned a reputation as a Kajri singer, specializes in singing Devi songs, Dadra, Kaharwa, Purvi, Chaiti, Holi, Jhumar, Khemta, Banni-Banna, Sohar, Lachari, and Videsiya. At the age of fifteen, both her parents left. The struggle started from there. Her father was a minor employee in the bank. After the parents left, the responsibility of raising three younger brothers suddenly came to her head. During this time, she learned folk music by heart and ran the family from the grain produced in the fields. Urmila said that she also suffered injuries while ploughing the field with oxen. She educated her three brothers and got their weddings done on their own. In 1972, she got an opportunity to teach at Arya Kanya Inter College. With her strength and motivation of preventing the folk songs genre from fading away, she enthralled the audience in Dubai, Bhutan, Mauritius, and Singapore, captivating the audience with the magic of their songs in various provinces of the country. Apna Utsav (Mumbai), Bhojpuri Sammelan Kolkata, Teej Festival Chandigarh, North Indian Lokotsav (Mumbai), Haryana 25th Birth Anniversary, Kumbh Mela (Haridwar), Gwalior Fair, Ramayana Fair, Lokranjan Fair (Jodhpur), Alap Festival Hyderabad, Bhopal Utsav Mela, she got success in winning the hearts of people with her singing. For over three decades, Urmila Srivastava has been a high performer of All India Radio and Doordarshan. There are dozens of audio cassettes in the Indian Shopping Festival Dubai, which feature programs at 16 venues in the Dubai market. 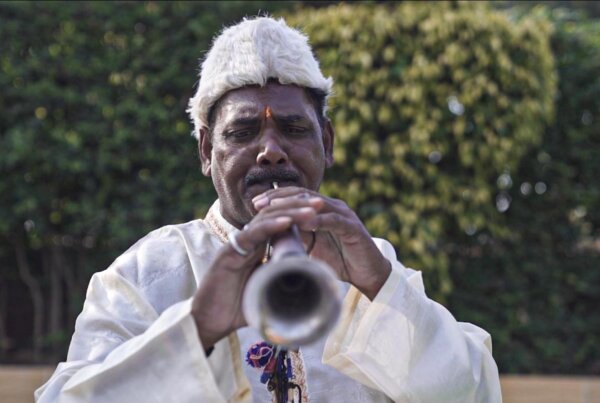 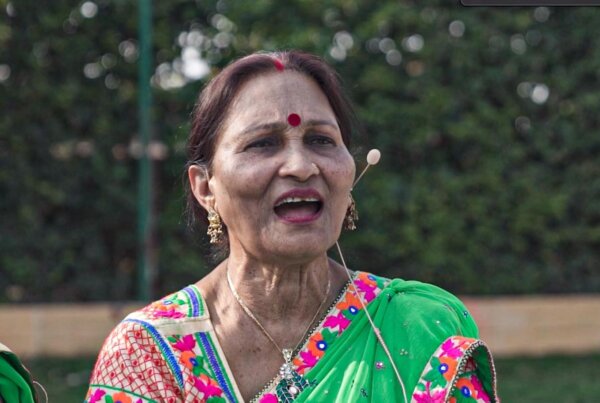