Songs of the River Thakurdas Queri is a farmer and a musician, someone who has dedicated his life to propagating a musical form called the Panchparghaniya. Thakurdas explains Panchparghaniya is actually the amalgamation of many different languages. At one time, there were many people who migrated to Jharkhand, each with their own languages. The mix of all these and a common language that was understood by everyone became to be known as Panchparghaniya. Thakurdas now sings and writes songs and drama in the same language. He has started writing about social issues like child marriage, environment and plastic pollution. Thakurdas is also reviving the use of old forgotten traditional instruments of the region like  Kendra, Tuila, Dhol, Nagada, Do tara, and Bansuri. Kendra is a kind of instrument made out of a tortoise carapace (back), covered with a young goat’s skin.  It has only one string. Tuila is a unique handmade instrument made out of a ripe and dried gourd. It is fixed on a bamboo with a string and the string only is played. With unusual dexterity, the artist moves the Tuila near or away from the body to get different types of sound variations.

Ashtami is not a regular teenager grooving to DJ songs. On her own accord, she is sad to see only fast-paced, filmy songs being played in villages and towns nowadays and want to revive the traditional songs. She has been learning Panchparghaniya songs for the last one year from Thakurdas in her village and hopes by singing she can spread the beauty of these songs. This determined 16 years old has her eyes set on becoming a singer and an artist. Ashtami is a young girl who wants to learn the Panchparghaniya songs for which Thakur Das is guiding her with whatever he knows about it. 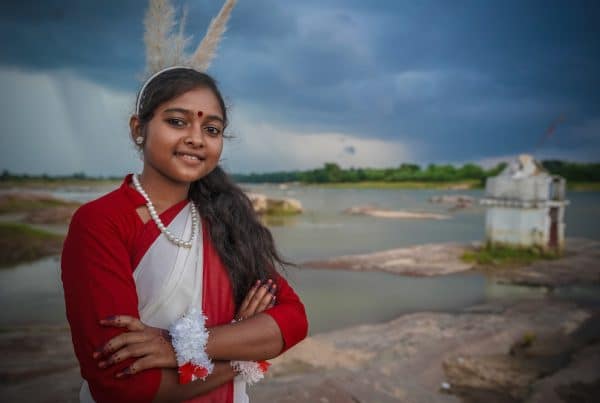 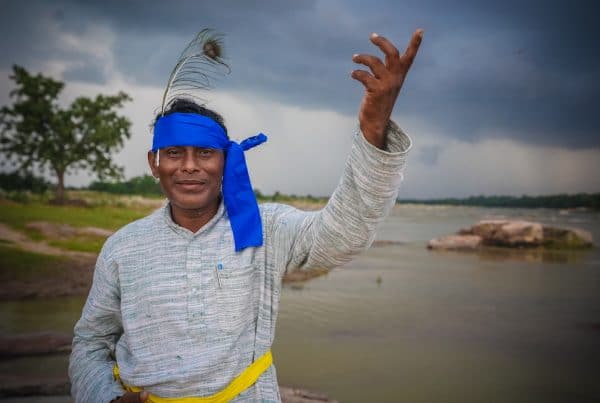