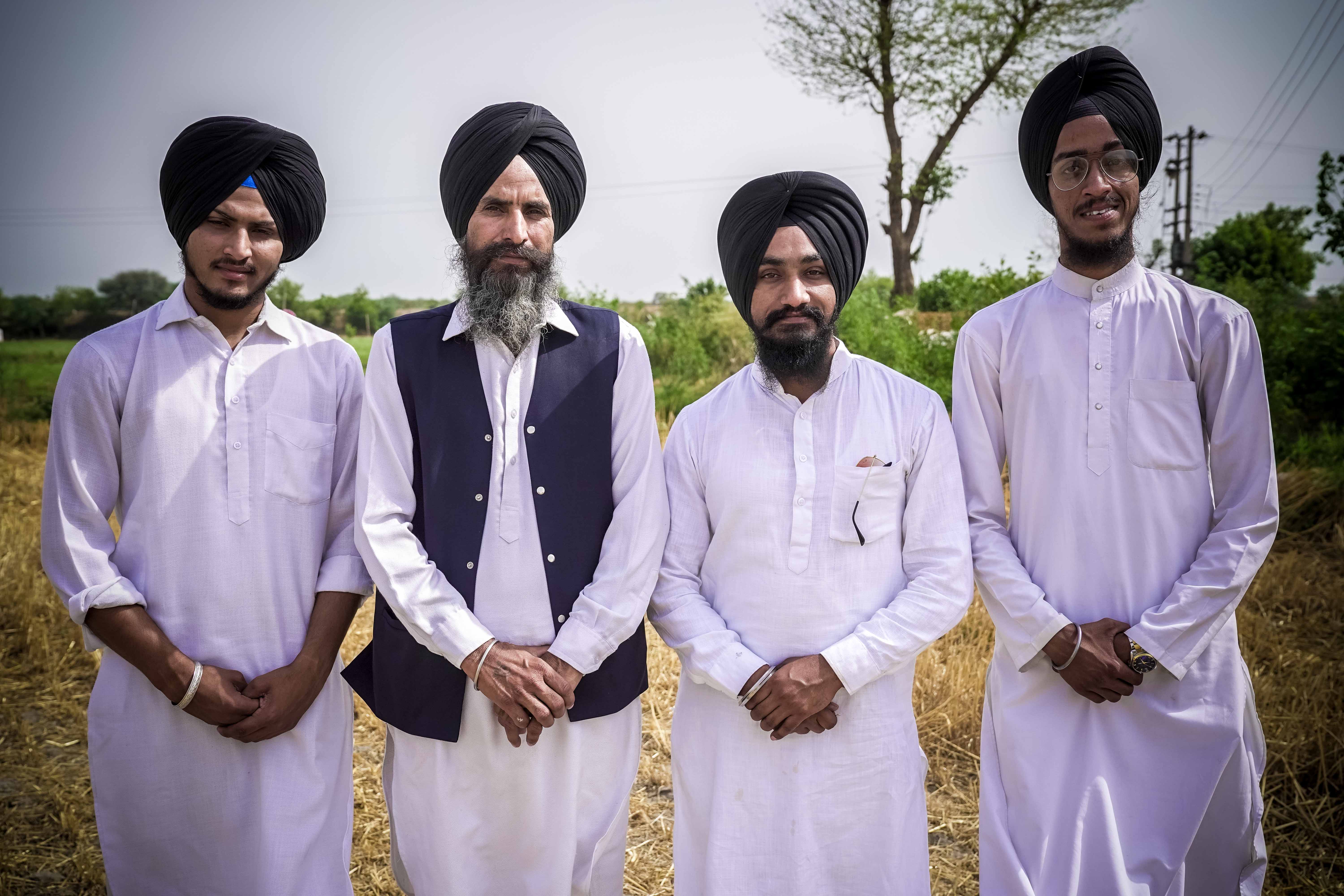 Art knows no boundaries- Talvinder Singh performs the renowned Punjabi martial art form with his group of 15 other Gatka performers from varying backgrounds and ages, 2 small kids of 4 years of age, performing in full grace with the poise of a warrior. At the same time, his group consists of 2 old men as old as 70 years of age.

Avtar Singh is a middle aged Punjabi folk performer. He belongs to Sanor ‘pind’, which is 6 km ahead of Patiala. He has been devoted to playing Dhad since childhood, and started learning folk songs at the age of 14. He was sitting in the garden one day, when he saw a boy listening to the radio and writing down the song being played. Inspired by him, Avtar Singh also took up this strategy to learn folk songs, and gradually started writing his own songs in subsequent months. He once heard folk musicians plaing Dhad in Singh Sahab Gurudwara, and listening to the Dhad ‘Vaar’ in Beer Rass, he got goosebumps. The sound moved him spiritually and he decided to dedicate his life to this art. He learnt to play Dhad out of his interest and curiosity, from his Guruji Sardaar Shamsher Singh. Performing various ‘prasangas’ from the Gurusahiba history, he also sings one of the short ‘prasangas’ which he himself wrote about the Sikh history, as a tribute. He learnt to play Dhad out of his interest and curiosity, He has not studied much, he worked as a tailor for some time, for some time he worked as a motor welding mechanic, but he did not get paid for that work, so he left it. Then he worked as a labourer, then he worked at Tagore Theatre. He has always wanted to so all sorts of work because he feels that it enhances one’s creativity and life is too short to do one type of work. He also does commentary in Gatka competitions for as long as 8 hours, performs Dhadi prachaar, does sangat seva, and commentary in kabaddi as well.