Zest of folk in the dunes 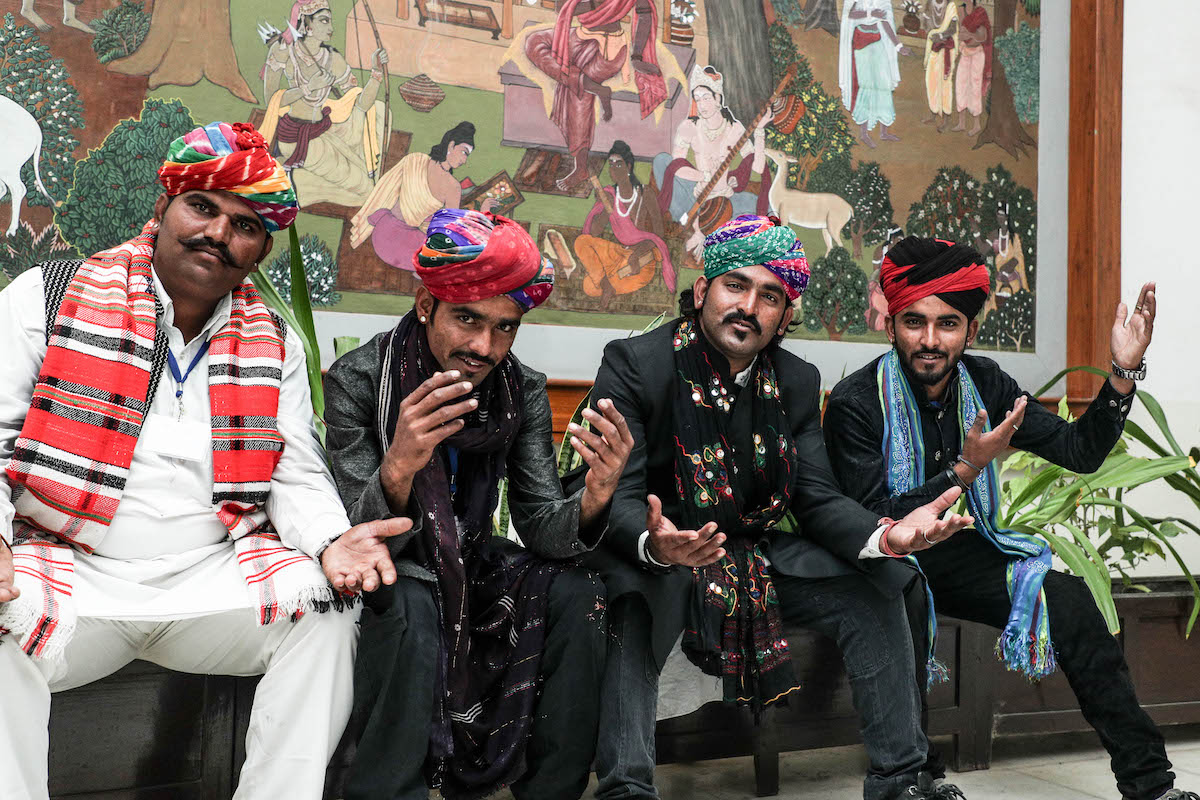 Sheru Khan is a big name when it comes to a powerful and energetic performance. He is plays morchang , vapang, khartal, beat boxing and singing. He is a pro in beat boxing. He acquired this love for beat boxing while he was on a tour in Jaipur with a fellow beat boxer and they used to do jugalbandi (he being on the morchang) together for the shows. From there it struck him that he too can do it and started practicing while playing morchang. He is trying to do something different from the rest of the crowd by adding fusion to his instrument playing. Sheru Khan has been learning since he was 10 at age. He left his studies for his love of music. At such a tender age of 10 he decided his fate in music and started learning morchang only to do better in his life.

He has learnt music from his father mostly, as he used to travel a lot and get new instruments for him. He has learnt everything about Vapang from his father. His entire family from generation has been into music and claims that even his future generations will prefer music than any other occupation as music is in their blood. He says that he has been performing since he was 12 years of age in the ceremonies like marriages, worshiping of idols, etc. His community is regarded very auspicious and therefore is part of every occasion that takes place in his village. He has performed with other troops on many national and international stages. In India he has mostly played in every state. He performs mostly with the renowned artists Mame Khan and his group. He wants to make the most of his leaning of music and go good in his career by collaborating with western music in order to divert the interest of the new generation towards folk.

Sheru Khan and his group is an interesting one. They all are related to each other; they all are brothers. They intended to make this group so that everyone in the family can be together and make music as they understand each other really well. Everyone in the group is multi-talented, whether it’s the group leader Sheru Khan or the budding singer Ashraf. They all are extremely and exceptionally good when they come together and play. The group looks for opportunities where they can all come up together and make music which can be cherished by the contemporary society and the generation ahead.

The group has performed at a very local stage and wishes to perform at various national and international platforms. The entire group is enthusiastic about making new music, they really believe into experimentation. They haven’t kept themselves limited to the folk entirely, rather they carry their age old traditional folk music with western instruments inclusion in their songs. The group is all about music and therefore the energy drives everyone at their performance to a different state filled with excitement and will to hear more of them. The group is very young, having its members of ages like 21, 23, 25, etc. The most interesting thing about this group is their love for fusion. Each one of the member in the group wither plays guitar, drums, or synth. They all look forward for a future where they can play together for wider audience who can cherish the music that they make and play. However, their love for fusion music a lot but they make sure to keep up their cultural heritage folk music in balance and doesn’t hurt the emotions of their elders in their community.