Sawai Khan leads an experienced group of musicians who have been learning music from a very young age. They come from the background of the Manganiyar tribe who have been residents of the Barmer and Jaisalmer regions of the state of Rajasthan. The music is an indispensable element of the culture of this tribe. Most people from this community take up music as their primary source of income. These people are deeply passionate about their music and are purely involved in the art forms that have been passed onto them by their ancestors.

Sawai Khan himself is an expert at playing various traditional instruments, especially Harmonium. He has more than two decades of experience in learning and playing the instrument. His musical group consists of percussion specialists like Mushtaq and Rasool Khan who play Dholak as well as Devu and Satar Khan’s skills lie in playing the Khartal.

Together these musicians have sung and compiled numerous folk songs over the years. They have performed at a number of events around the state of Rajasthan and have made multiple appearances in different cities of the country. Sawai Khan’s group considers the Bhati family, who is a royal Rajput family residing in the region, as their patrons and regularly perform at the celebratory events organized in the family.

Sawai Khan himself is deeply knowledgable about classical music and its components such as the ragas. He has gained this knowledge with the help of his father and passes it on to his children as their guru. He loves to sing the ‘Subh’ raga, which is supposed to be sung in the morning. His talents and abilities show the true meaning of brilliance and dexterity. Using these abilities and a display of various emotions through his music, Sawai Khan wants to make an impact on to the Manganiyar community’s presence in the world of music. 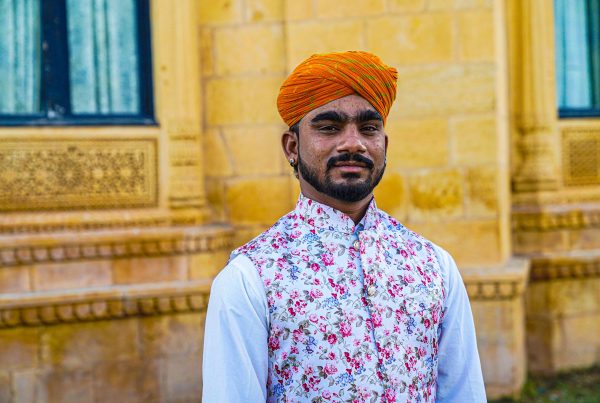