Rasool Khan is from Khuri, Jaisalmer and has been entertaining people from the age of 14 with his music. He is a singer and has learnt from his grandfather Baghe Khan. Simple, humble and not very talkative, Satto Khan explains about his music with a sense of calm, and with a composed articulated manner. Being a Manganiyaar he is a born musician and can has songs in his treasure right from birth to death and for all the occasions. Rasool is a very simple gentleman who believes in simple living and following ones’ passion with whole heart. He can sing in all the raags.
When it comes to studies he hasn’t attended school after class 7th but still remembers the age old songs coming from generations just like that. He now feels that education is very important and therefore he made sure that his children are studying. He wants his children to study more than him and become a competent person in life such that they cannot be fooled. Apart from music he also drives auto in the city of Jaisalmer for some extra earnings.
He has performed at most of the places on both national and international levels from Deli, Punjab, Haryana, Mumbai to USA, Sydney, London, etc. The music is infinite, and the possibilities of his melodies are endless. Music itself is so vast that it cannot be confined to a textbook and standardized, as there are no set standards to learning music which is imbibed in his blood through generations.

Rasool Khan and group is one such group which a wonderful and extremely talented group member. The group has seasoned artists like Sikander, Ameen and Sawai. The group together when sings create a mesmerizing atmosphere amongst the audience and leave them spell bind after their performances. The seasoned artists in the group are responsible for the teaching and guidance of the younger artists present in the group. The group sings mostly authentic original songs of their traditional heritage which has been passed on from their fore fathers to them which each generation. The group performs at various occasions like childbirth, wedding, house warming, etc. at their patronages’ houses. The group earns their living out of the live performances they give at various different places. Apart from music they literally don’t have any means through which can earn.

The most interesting thing about this group is their love for fusion. Each one of the member in the group can play with guitar, drums, or synth. They all look forward for a future where they can play together for wider audience who can cherish the music that they make and play. However, their love for fusion music a lot but they make sure to keep up their cultural heritage folk music in balance and doesn’t hurt the emotions of their elders in their community. These group of artists don’t dream of going to Bollywood and collect fame, rather they and the world to know Rajasthan and their singing known by their music. They want to make their country proud and carry forward their legacy from one generation to another. For them all they know is music and they can never get apart from it and thus for them it a not just music it is their way of living their lives. 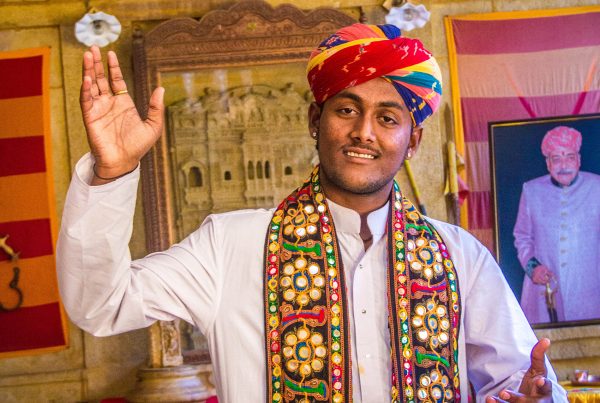