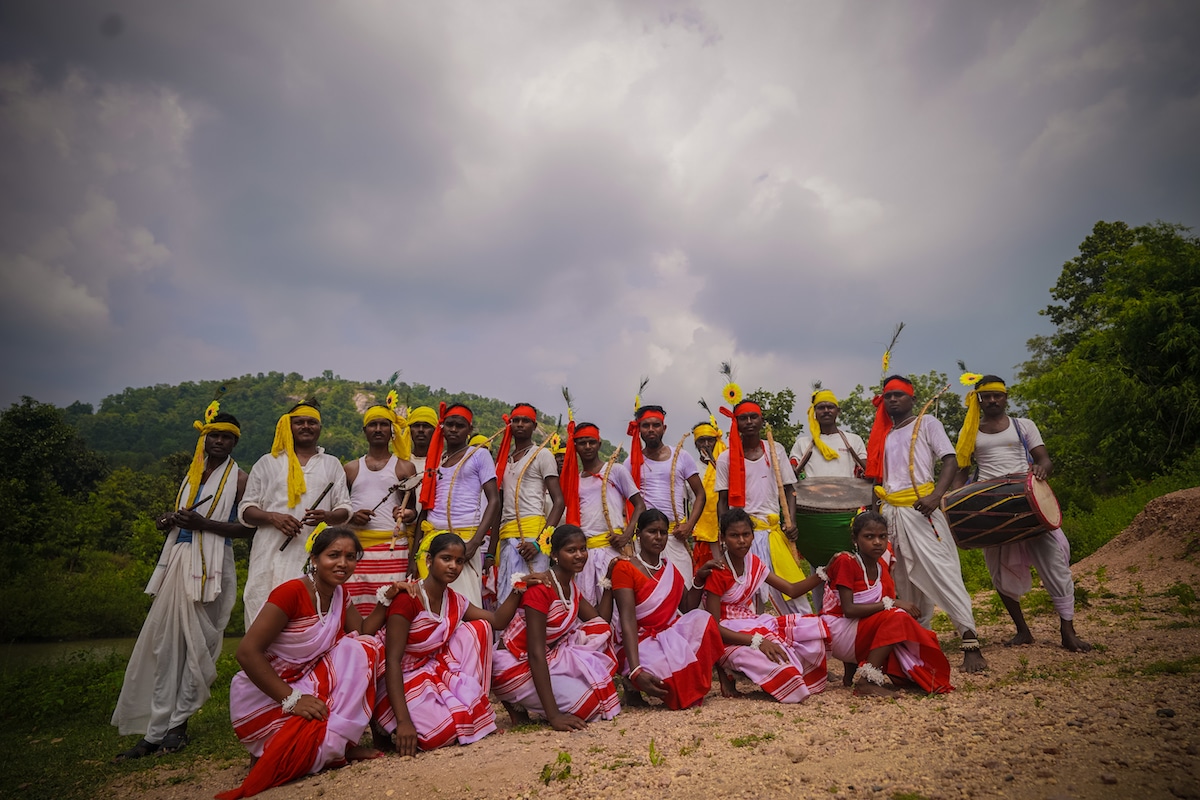 Panchanan Munda is 40 years old from a village of Silli district near Ranchi, Jharkhand. He is a very hard working man with his life revolving around his culture and traditions. By profession, he is a Government school teacher and by passion, he follows the folk music culture of his region. He belongs from the Mundari community of Jharkhand. His entire interest lies in promoting and encouraging the Mundari folk culture in the young generation of his community. Apart from teaching the curriculum of the school to children in his community, he focuses on educating them with the details, intricacies and history of his Mundari folk. Munda is a very dedicated artist himself, he believes that one should be connected with their roots and put in all efforts to carry it forward. He also helps the children in his community by providing them with traditional dresses and arrangements while they go for their performances. He tries his best to make sure that none of the artists around him faces any trouble during their performance. All his efforts have a great impact on his community people.

Munda has a huge group with various members allotted several roles. They not only sing folk music but also have dance performances on it. The members of the group vary from young boys and girls to older experienced members. The group has taken in charge of spreading awareness about their community folk music in their region by educating the children. Munda’s group has never performed outside their village, these hard-working group has only performed in their community. They fear that if not taken seriously their treasure of tradition will vanish, which is equivalent to losing their identity for them.