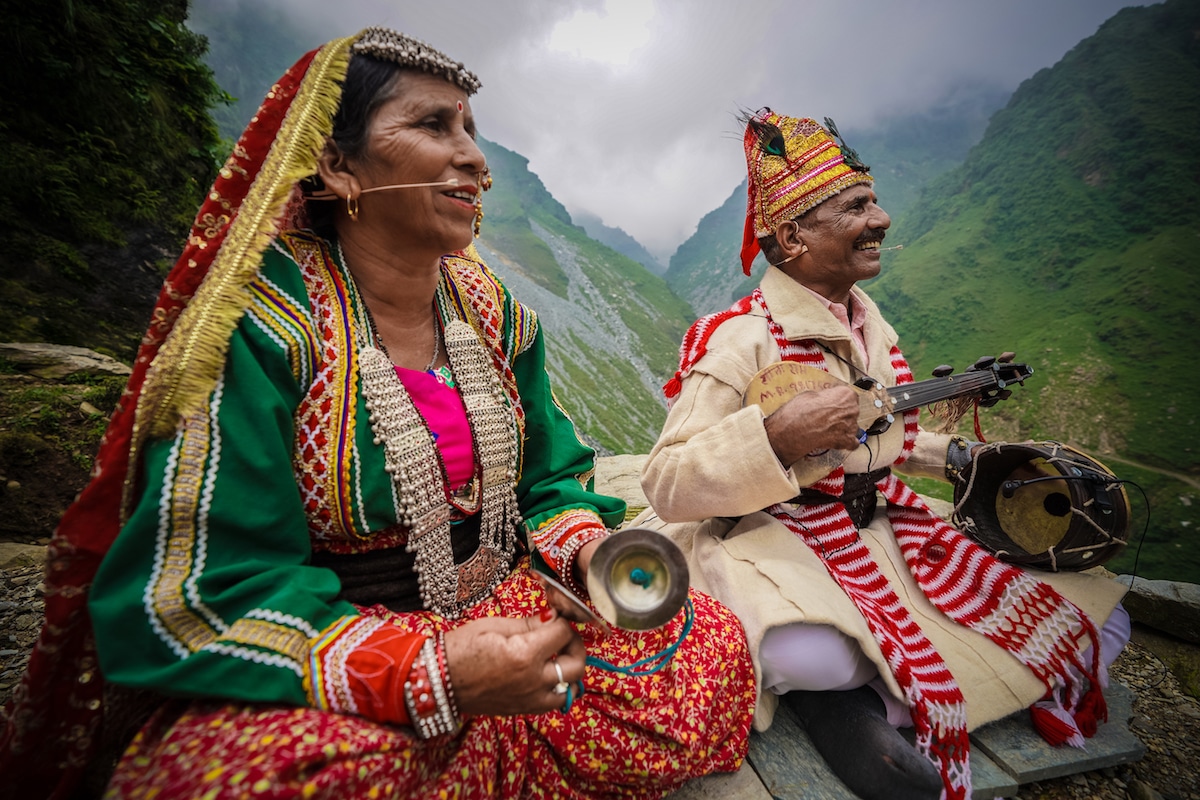 Mahendro Ram and Veena are a versatile multi-talented folk artists duo. They belong from Rajput community of Chamba in Himachal Pradesh but with a permanent settlement in Palampur. When comes to profession, they had been hard working labours and cattling till they decided to follow their passion for music professionally. Today for bread and butter they majorly depend on their treasure of folk music. They got married to each other in 1982 and since then there is no looking back. Mahendro and Veena have so much knowledge when it comes to folk music of Himachal, which Mahendro is glad to share with anyone he meets whereas Veena feels shy to talk much. They only sing the authentic folk music of Himachal and nothing else. Even though when they humm any song, it’s always a traditional folk one rather than any latest Bollywood or other kind of songs. They practice the art form known as Kangri folk music (Gaddi art) which has songs about: Marriages, ‘Bidai’, Devotional songs of Lord Shiva and other deities, other Himachali folk songs. They are also well known for performing musical ‘Ramayan’ and ‘Mahabharat’ tales. Number of shows per month they get varies from nothing to  2-3, usually varies according to season. They both have been playing together since 1984. They perform locally, and occasionally in Shimla or other towns in Himachal Pradesh, but despite having immense talent, they have never received an opportunity to perform outside their native state. They perform at all kind of events, whether it is a wedding, any welcoming event, etc. They mostly get shows through word of mouth. They are very happy and contented about the music they play as it keeps them going through all the ups and downs in the life!