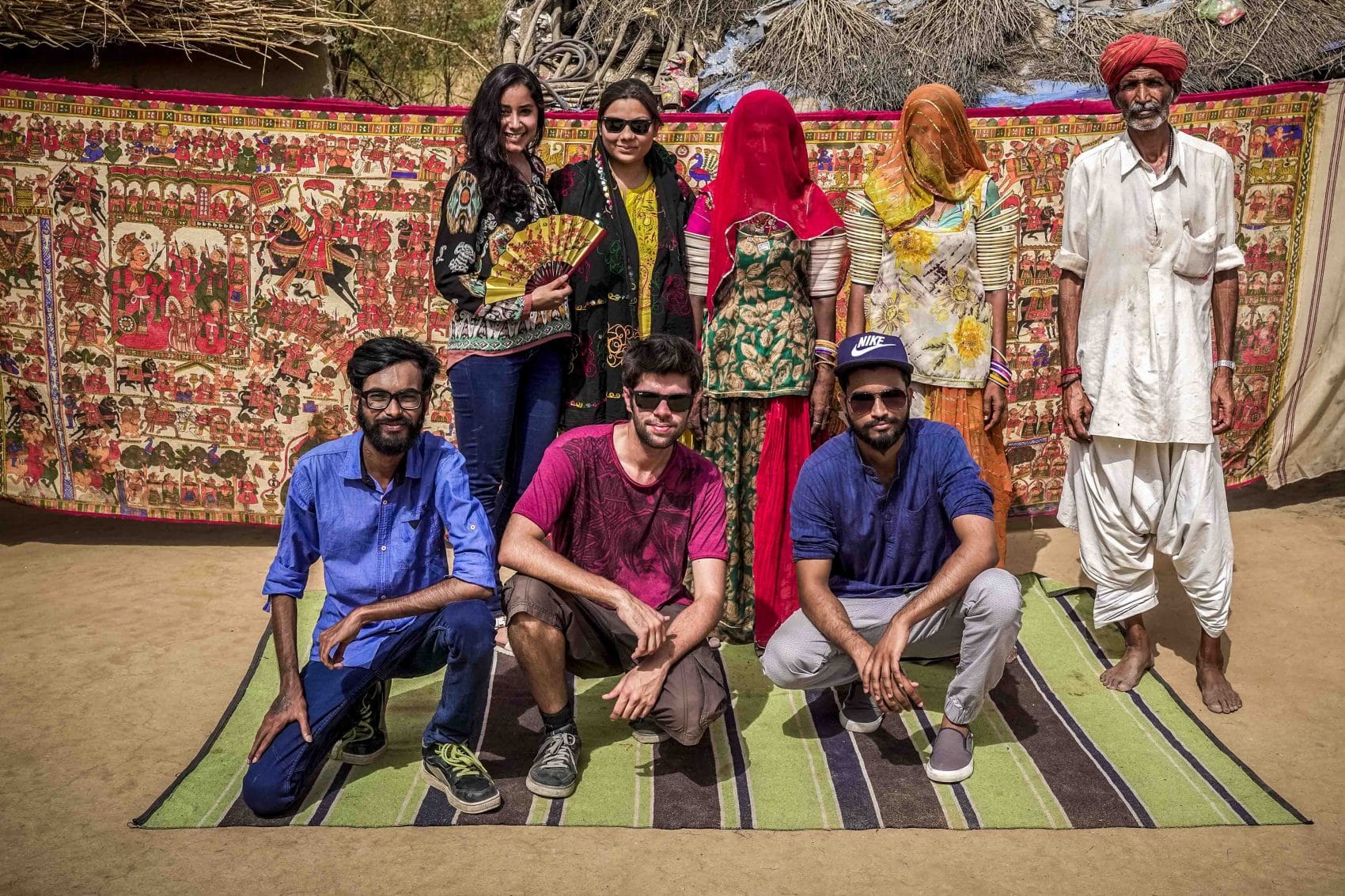 Lala Ram’s group has 3 members in which Dala Ram and Maga Ram are the two dancers. Everyone in the group is wonderful at playing their parts. Pabuji ki Phad is played by two males enacting as females, dancing around in sync with the bhajan or recital sung in honor of Pabu ji. The group has been together since a long time. They play mostly in their village whenever they are invited to perform. They are called before every good and happy occasion to inaugurate or keep an auspicious start to any ceremony. The group has only two sources of income, which is through farming on a very small scale and the other being music. Through farming they are only able to raise crops which help them whereas through music they are able to get along together and survive. The group is considered as very auspicious. Wherever they go they carry with them a scroll which has various stories depicted on it in the form of images which the group sings about and enacts. All the performances that they do are mostly in the night as their show lasts all night long. 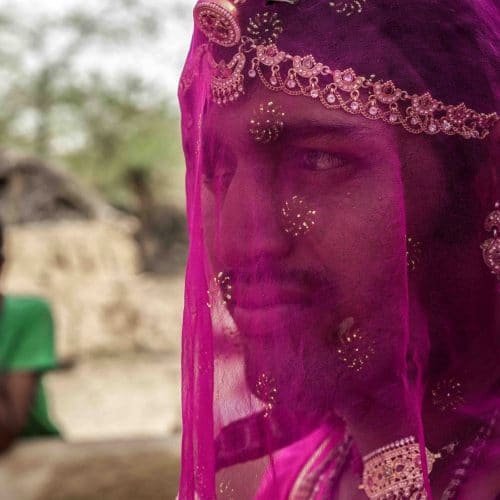