Kishto Mahato is a very talented artist and a very learned individual. He is an expert in the Kurmali folk music because of his extensive vast knowledge about the Kurmali language. Mahato is also a farmer but with that too he carries his passion for music alive for the sake of his culture and his love for music. He has been learning music since he was just 5 years old then. Since a very tender age, he has been following and leaning music stealthily. He has been singing in his group and various other groups too. Mahato understands and believes in the power and necessity of conservation and preservation of his culture. He wishes to teach all the children of his community the language and the beautiful meaningful songs in it so that the tradition is alive even after him.

Kishto Mahto and his group have very talented members. Their every performance is a very raw form of folk music sung in Kurmali language, which manages to leave everyone mesmerized. They all belong from a small village in the district of Silli near Ranchi, Jharkhand. For the group singing folk music and playing various instruments is the best form of meditation. They can start performing anywhere, irrespective of the sound systems. On one hand, they feel that folk music sounds best when it is heard without heavy sound systems, on the other, he believes that technology with time has advanced so much that it needs to intervene in saving art forms like his. 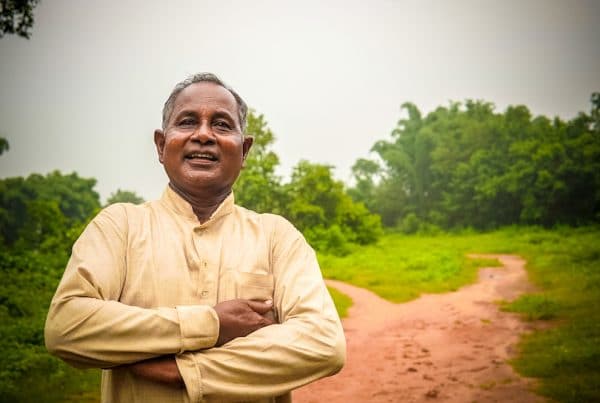