Songs in the lap of Shiva 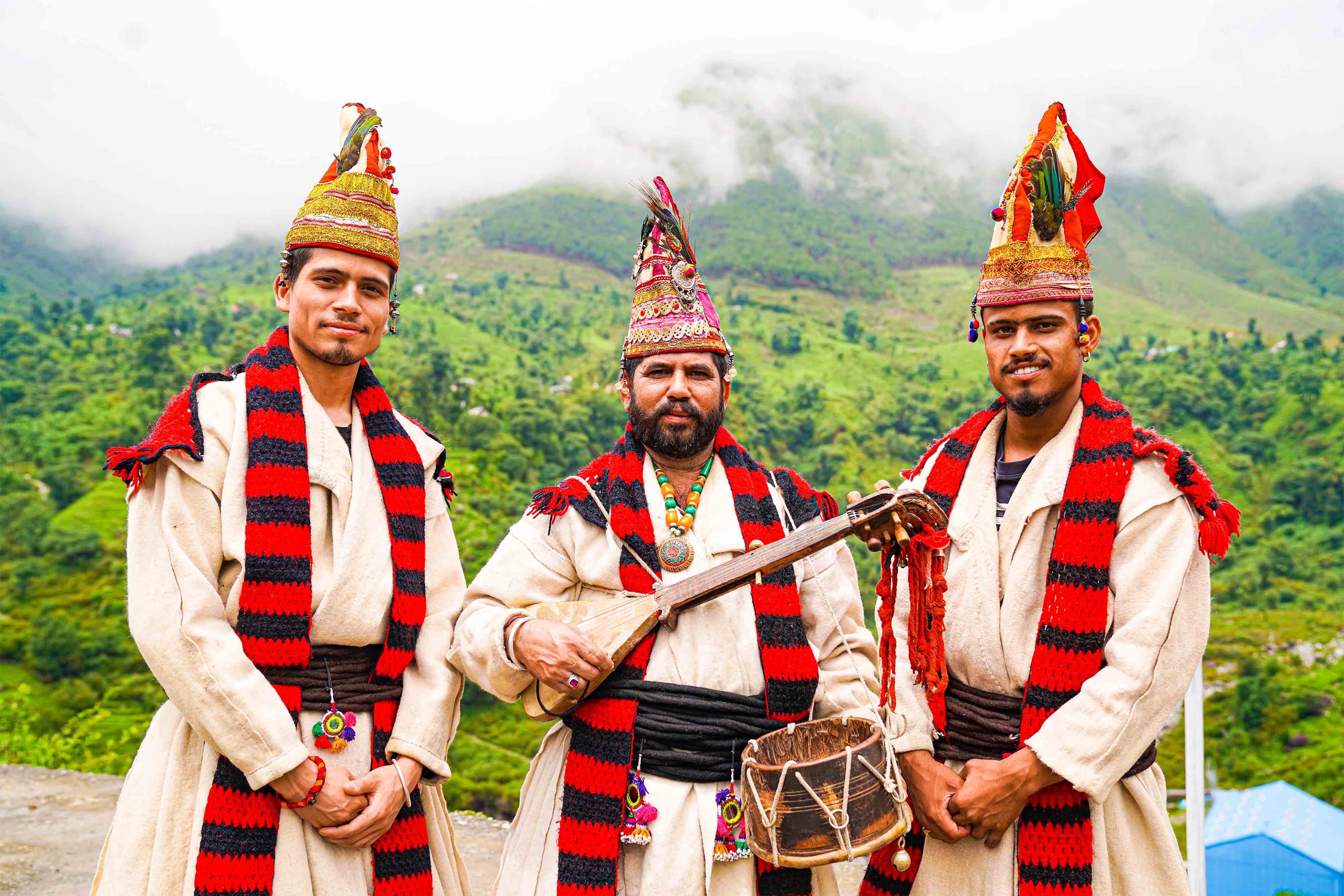 Kashmiri Lal was born in a small village in Bharmour in Chamba but shifted to another village called Jia in Kangra, Himachal Pradesh. He has a family of five with his mother, wife and his children. His children are studying now in school while one of his daughters got married. He works as a folk musician for a living. But music is more than a source of livelihood for him, it is his passion. He likes to sing pahadi and even Punjabi songs. He used to sing mainly religious songs, especially dedicated to Lord Shiva. He used to work many small jobs but then finally decided to follow the music. Sometimes he also works as a farmer to supplement his earnings. It had been 35 years that he had been singing.

Kashmiri Lal sings with his two nephews Pawan and Sanjeev. This uncle-nephew trio is filled with extreme enthusiasm to not only sing songs but also spread knowledge about the rich culture of Himachal Pradesh. The group is 2.5 years old but have sung in a number of places throughout Himachal Pradesh and cities like Delhi and Chandigarh. Kashmiri Lal is the guru of both Pawan and Sanjeev. He was the one who sparked an interest in them about folk music. He not only taught them to sing or play ruvana or khanjari, he even told them how significant it was in his life and it still is in the lives of many people.

Pawan Dogra was inspired by his maternal grandmother who used to sing. During childhood, he realized that he is meant for music so he did his graduation in Music but due to financial reasons couldn’t pursue music as a career. He is currently studying Masters in Sociology in IGNOU. He considers Pawan Katoch Ji as his guru who taught him classical music. But after he met Kashmiri Lal, he was very much resonated by pahadi folk music that he learned it. He started playing khanjari and ruvana two years back. Pawan is very inclined to his culture through costumes, festivals, rituals, language and cuisine. He is also very closely attached to pahadi music and is highly passionate about it he wants to conserve it anyhow. Pawan’s cousin brother, Sanjeev also sings with them. He started playing dholak 3-4 years back. His parents were very attached to music and no wonders he does too. His inspiration is his maternal uncle, Man Singh Ji who was a singer. Music brings him happiness and he doesn’t want that pahadi music to change in any way. All the three believes that pahadi music should be treated as original and not mixed or fused with any other type of music in order to maintain its authenticity.