Reigniting fire in life through music 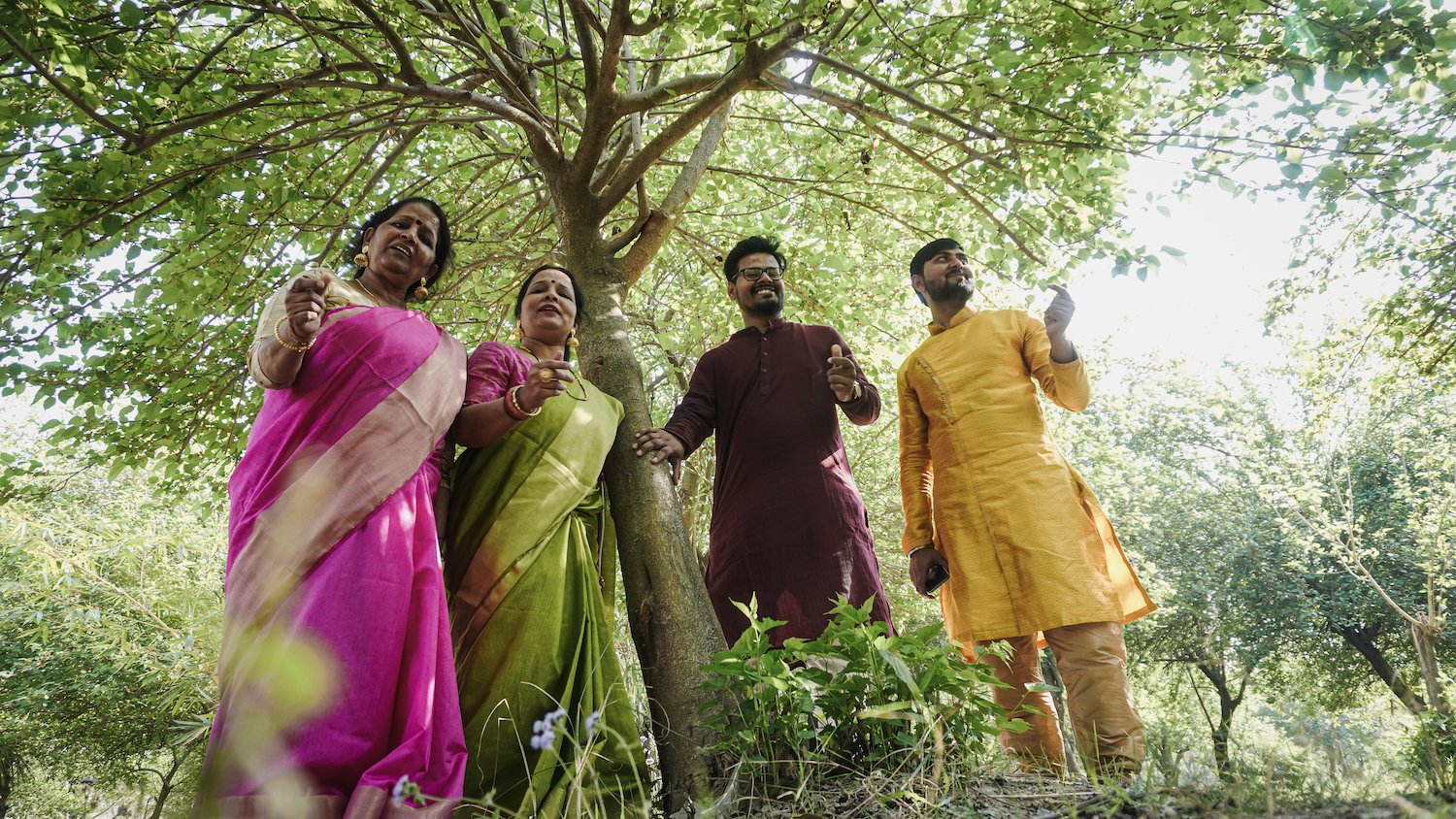 Kamayani was derived from the group’s leaders – Kamini Mishra and Yamini Pandey. This singer-sister duo is a magnificent amalgamation of perfect notes and rhythm. They belong to Mallik Gharana. Kamini Mishra, 58, is a motherly figure for the group who beautifully takes care, from small details to big decisions. Yamini Pandey, 47, is a B high grad artist in Awadhi folk, and just like Kamini Mishra, is highly talented with sweetness mixed in her voice. The sisters were trained from early childhood along with their five other siblings. The group has Ankit Singh, who plays Dholak, and Harshit Sharma, who plays the Harmonium and sings sometimes. The duo has a musical lineage, and they feel very proud of it. The journey has been boundless for them, and as artists, they have grown a lot since they first decided to perform. They feel music has evolved to keep pace with people’s preferences. Different genres have come up, and each has its importance, but the group has always maintained the authenticity of the Awadhi folk intact. The kind of art, culture, and traditions that emerged out of a province has almost come to define an entire genre of music today. As an artist from Awadh, who grew up in Awadh, and is recognized with it, Kamayani’s muse came early to them. The music of Awadh ranges from nautanki, Dadra, thumri, ghazal, khayal, Sohar, banna, mubaraqbadi, kajri, chaiti, and the groups perform all of these. Despite the step-motherly treatment given to folk, people need to talk about it. A lot of literature has also originated in Awadh and the duo finds themselves as a medium. Folk is more of a lifestyle than just a stream of music for the group. It is sung because one believes in them, and only someone who believes in these traditions can do it justice.