Gokul Koiri has been playing the Dholak since he was a kid. He learned the instrument from his father who had a troop of his own and went to villages and cities to perform. The team also played many times for the Radio. Gokul has been part of this group since its inception in 2003. Although a farmer by profession, he says he loved to play the dholak and perform. The team has been invited to perform in many cities in Jharkhand and also Delhi. They are regular TV and Radio artists though do not realise that the flavours of their unique local music can easily create waves internationally.

Arun has a beautiful team of talented instrumentalists and an amazing choir group. They all belong from a small village near Silli district of Jharkhand. Performing for a long time together now, they all had started from an ashram of their guru in Ranchi. They all met each other with the spiritual connection between them. Since all are devotees of Guru Prem Ji and have been dedicated all their performances to him in honour and love for him. They have given a performance at a various religious and spiritual platform in Ranchi and near areas. Arun and Sulekha are the main leaders of the group who writes – composes – directs the new tracks that they write focusing on spreading social messages. 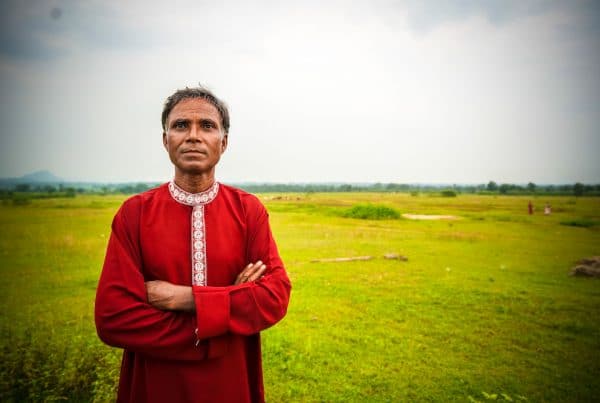