Desraj is a name which is known by every folk artist of Punjab. He belongs from a small village, Lachkani near Patiala in Punjab. He very fondly remembers his childhood which started in Lahore (now in Pakistan). He arrived in India with his family during the Partition in 1947. In all the scenario of the partition and chaos Desraj never forgot to practice his music. Desraj’s original name was Taj Mohammad, a name which no one calls him now, a name that he left behind with his home and birthplace. He is a Merasi and believes that his community was gifted by the gift of music from the Almighty. Desraj is an acclaimed Punjab folk artists who has bagged various prestigious platforms in his life. He was also part of the Coke Studio 3 collaboration – Namaste by Salim – Suleiman and Shraddha Pandit. He was highly appreciated for the lyrics and his voice. Desraj is an amalgamation of diversity in himself, for he wears a turban like a Sikh, performs Muslim and Hindu rituals, festivals, etc. He in spite of being a Muslim always starts his performances with Ganesh Vandana. He is a pure soul with his voice and tradition as gift of Almighty. Desraj always made sure that his tradition and culture is passed on to his next generations, therefore, he taught his son and his grandson both. He believes in keeping the folk culture alive and is trying every bit to do so. Desraj is someone who inspires every generation whether his son’s or grandson’s. He wishes to inculcate folk music in the schools of India so that the young generation could learn from the beginning. Desraj has performed in all over India at different platforms and many a times at international venues.

Popularly known as ‘Desraj Lachkani’, this Dhad-jatha group has earned its name in the realm of folk music because of the unparalleled devotion to Punjabi folk music, exhibited by the three generations of the family. They belong to a remote village called ‘Lachkani’ near Patiala in Punjab. The group displays immense talent, and has received respect and recognition amongst the native music community. Desraj Ji sings ‘boliyaan’, his son, ‘Surjit Khan’ plays the ‘Sarangi’ and gives backing vocals, and his grandson ‘Armaan Ali’ plays Dhad and also accompanies in the chorus. They have performed in various shows all over Punjab, Mumbai, and Rajasthan as well. They also performed on the occasion of the 300th anniversary of Guru Gobind Singh Ji in Patna Sahib. They have performed their original composition with the renowned duo Salim-Sulaiman in Coke Studio, India, in 2012. The lyrics of that composition were written by Desraj Ji’s second grandson, Iqbaal Khan, who is also a Punjabi folk musician. When the harvesting season ends in Punjab, the local people start calling them for Dhad-jatha performances. Besides community performances, they also get shows on the occasion of marriage, child birth, crematorial rituals, various ‘bhandaaras’, and they perform for their own entertainment as well. Recently, some students from Singapore had come to study the native folk music of Punjab, and created a short documentary on their music. 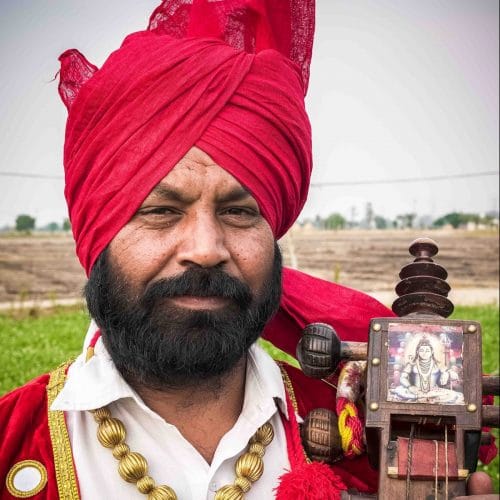 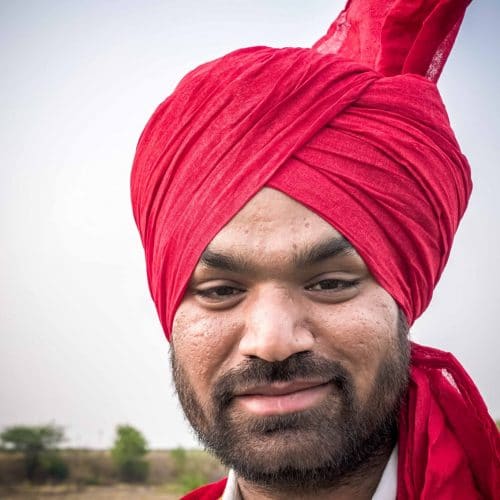