As a group of vocalists and instrumentalists with truly inspirational stories, they have polished their musical talent over the years and made tremendous sacrifices in order to follow their zeal for folk music. They come from different villages situated in the Kullu district. While Deep Lal is an extremely talented vocalist and musician who leads this group, Sukhram enlightens and amazes with his voice and creative lyrics that clearly depict the traditions and culture of Himachal Pradesh.

Deep Lal’s devotion to god and appreciation of the natural beauty present in his surroundings guides his train of thought while writing lyrics that express his gratitude and humility towards life. In his songs which are written in the manner of a conversation between the Gods and their devotees who are also their children, he admires their majestic imagination which gave birth to the heavenly nature that we are all surrounded with. With a clear and versatile sense of creativity for his songs, he likes to write about all kinds of auspicious events like weddings and traditional festivals like International Kullu Dussehra.

Deep Lal gained a deeper understanding of music as an art and also as a subject of his study during his Master’s degree at Shimla University. He and his group work with simple instruments like Thaali (a circular metallic dish plate filled with rice), and other traditional instruments like Dhol, Nagada, Karnal, and Narsingha. Already having composed over 300 songs and been called upon for Nati parties by the royal family of Karan Singh, who is the brother of Raja Maheshwar Singh, their creativity has been reaching and entertaining many influential people of the state and now deserves to be seen all over the country. The group as a whole wishes to create music which is impactful for the development of their culture. They aspire to lead the prosperity of their state and its culture through the means of folk music.

Deep Lal’s experience of performing in almost every state of the country along with Sukhram’s determination to work on his craft makes them the perfect combination for each other, while Kiran Joshi’s youthful perspective ensures that their music never ceases to evolve as they embark on a musical journey together. 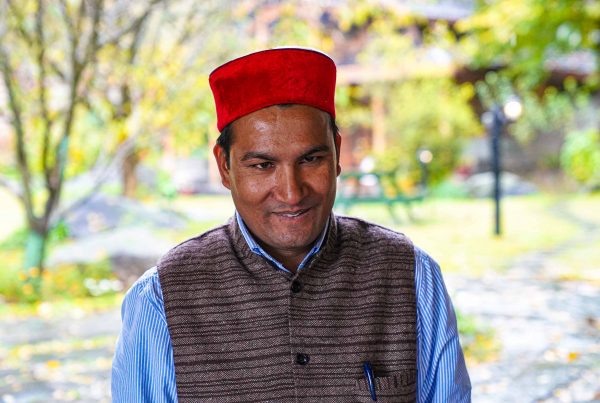