Finding rasiya through mists and hues Damodar Sharma and his group of instrumentalists don’t have many members but play a very crucial part in conserving the Braj folk. The group sings beautiful Swangs and Rasiya of Braj folk and hail from the village Raya near Mathura. Their group is the epitome of peace, harmony, and acceptance of different faiths and religions. They are plenary instrumentalists and vocalists who have conserved a lost art form and have combined the popular religious traditions with the artistry required to express the emotions of the folk. Their intense knowledge in the field of classical music helps with their performances and is an improvisation of older folk melodies. They like to perform in various Ragas and Taals, but they are most fond of playing the Yaman, Khamaj Bhairavi, Aheer Bhairav Ragas. Damodar, 57, is the group leader and has managed the group for the past 40 years. Omkar and Damodar are the ones who had formed the group when they were children. Damodar tends to perform with other groups too, but Onkar never plays for anyone else but only his group. His exclusivity makes him more interesting. For payment, the members take whatever Damodar gives them, as he makes the fair share of their charges. The group has Gajhadar Pathak a.k.a Raju, 58, who plays the authentic Israaj; Mohanshyam Pachori, 49, plays the melodious flute; Onkar Nath, 68, plays the Harmonium; Devdar Sharma, 58, plays the tabla; and Sattar Ahmed, 49, Dholak. Despite all their struggles, this group understands the importance of developing their musical talents for their families and community. They wish to showcase their craft in its true form to all their audiences. They want other people who are not aware of their craft, like the visitors or tourists, who watch them during their visits to various cities, to experience the culture of the Braj with their music. 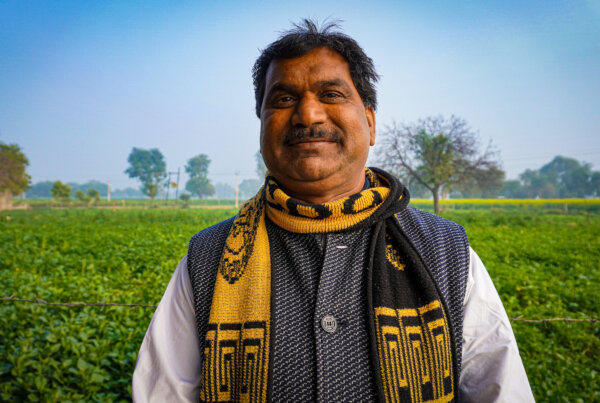 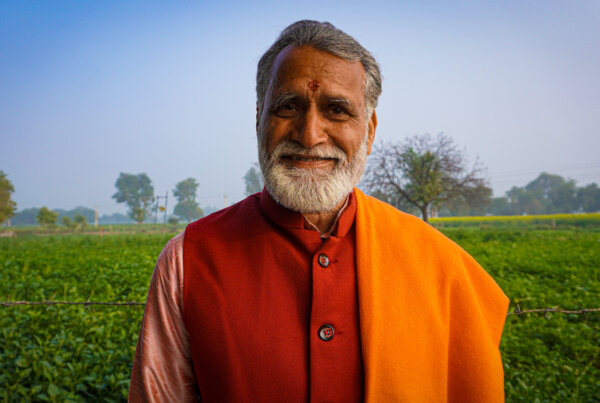