Bhuvnesh Singh Katoch was born on 15th Nov 1977 in a small village called Mehla in Chamba, Himachal Pradesh. He liked singing while he was a child and used to actively participate in school competitions. Further his interest in music got converted into his profession. He comes from a family which had singers and musicians which in a way inspired him throughout his life. His mother used to sing and his father was a folk dancer. His grandfather was also a great dancer locally and he inspired him to follow art. Further, Katoch claims that his guru is A N Sharma, a retired lecturer in Himachal Pradesh who was also a singer. Initially, Katoch was very interested in sports and yoga, so he did a diploma in yoga and learned martial arts. He finally became a physical education teacher and also represented Chamba at state at a national level in martial arts. But he couldn’t help remove music from himself. Although he doesn’t pursue music as the sole profession but performs regularly when he gets a chance. He has performed in various cultural government and non-government programmes, weddings, celebrations, festivals, melas, etc. Katoch can sing Pahadi, Punjabi and Hindi songs but his speciality lies in pahari songs of Chamba. He says that Pahadi song has the sweetness that can’t be seen in any other form of music. The songs on various folk tales of romance, cultural lives of people, the beauty of Himalayas, rivers and trees and various seasons are evocative and encapsulates all aspects of life. The music appreciates human life and nature, and this is what intrigues him about pahari music. He is very proud of the music of Himachal Pradesh and its varied culture. He claims that the songs of Chamba are original and have been the source of inspiration of songwriters and musicians in other areas of Kangra and Kullu. Apart from singing, he also tried his hands on writing songs. He wishes to write songs with social messages like health awareness, cleanliness, afforestation, etc. It brings him immense pleasure to spread awareness through music.

Five years back, Katoch made a group of 2-3 members. Today, it has 6 young members, all passionate and driven for pahari folk music. His group members are Rakesh Saniyal, Pradeep, Ajay Kumar, Rohit and Palak. Bhuvnesh and Palak are vocalists. Palak, 25, was born in Mehla in Chamba. She realized that she is meant for music in her childhood when he heard songs from her mother who was driven for pahadi folk music. She has a degree in music and a post-graduation in theatre and is now working with the National School of Drama. She believes in the originality of the music and disapproves of the idea to mix music to further develop it. She likes how pahari music vividly describes the beauty of nature, which makes her curious to know more about it. Rakesh Saniyal, 43, is a Dholak player and a singer. Although his main source of employment is singing, he also works an electrician to supplement his earnings. He also works in an NGO. He had been interested in music since childhood. He first played dholak when he was in third class in school. His inspiration is his parents who were deeply connected to music. It had been 10-12 years that he has been singing and playing dholak. He wants to safeguard pahari culture and the tradition of singing folk music by transmitting it to the younger generation. He also likes to write songs. He has composed a few songs which he performs in cultural programmes. Ajay Kumar, 22, was born in Chamba. He has been playing dholak with the group for 5 years. He learned to play dholak from his paternal uncle who was a singer and was connected with music. Pradeep, 28, was born in Chamba. He plays table in the group and it had been 4 years since he is playing with Katoch’s group. He learned tabla when he was 15 years of age. He earlier uses to sing in jagratas, weddings and festivals. Rohit, 18, plays the harmonium in the group. He joined the group 5 years back. He was interested in music since childhood and has a degree in Music. 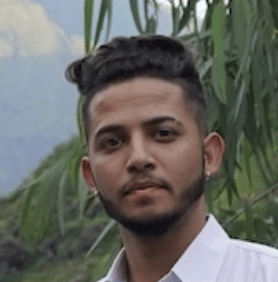 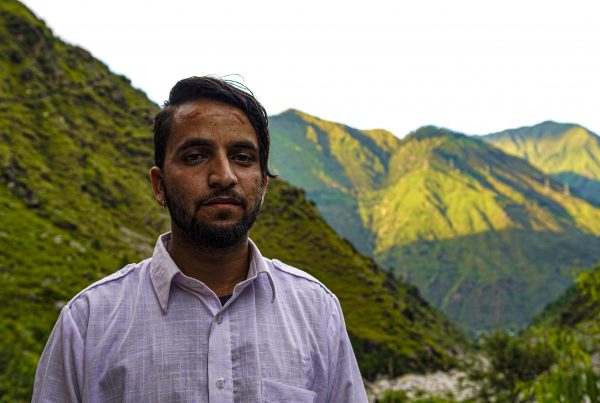 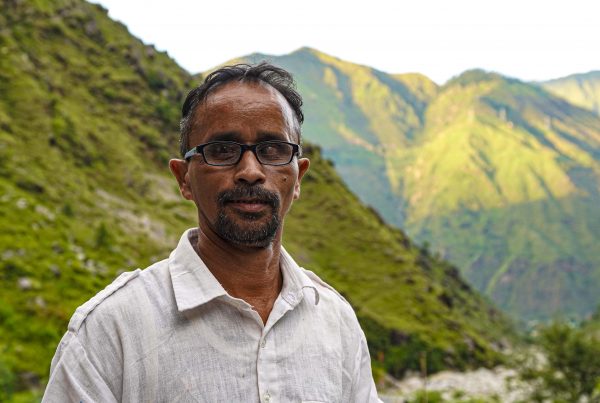 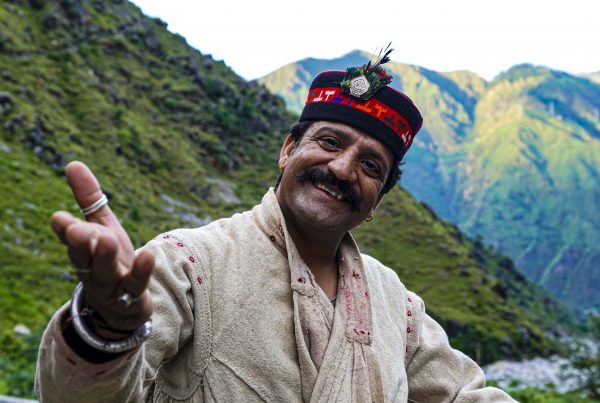