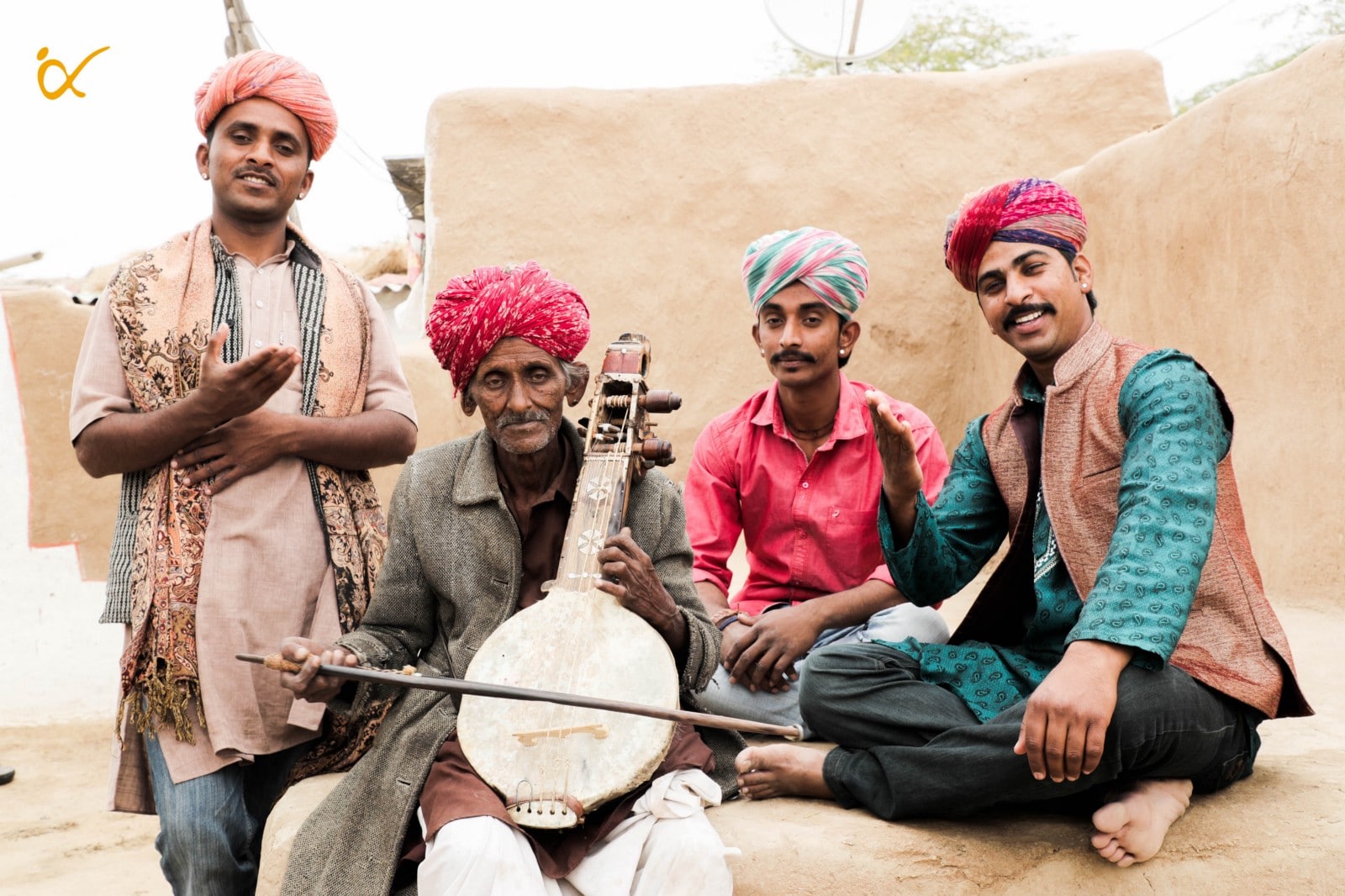 Sitting atop the Jaisalmer Fort and amongst the last of artists to carry forward the legacy of an instrument as old as time, Dapu Khan ji has been entertaining people from around the world for thirty years.

As one visits him in his native village and wonders what keeps Dapu ji travel a hundred and fifty miles daily, then walk all the way up to the Queen’s Palace, he steps in with a polite voice, “This Khamaicha here! There are very few people left who play this; some of them in Pakistan and a bunch of us here in India. If we stop playing the world will be denied of a wonderful sound.”

Khamaicha is the oldest instrument in the recorded history of Rajasthani folk culture and is regarded as the favourite instrument of Hindu Gods. And sitting all day at the portals of the rampart yet living Fort of Jaisalmer, one may mistake Dapu ji from his humble appearance; but he has played at the White House amongst other prestigious venues and in this journey his biggest support has been his nephews Kailash and Jassu, and his son Ridhu who join him on the stage to create magic.

Born to a family of the ancient Miraasi tribe, Dapu Khan’s family history goes back to a time when Gandharv Kanyas (maidens) used to dance in the courts of Hindu God Indra and as much as the group takes pride in their cultural heritage, the young members of the group Ridhu, Jassu and Kailash are enthusiastic about their Folk and are working towards keeping the light shining and pass on the legacy to the coming generations.

While Dapu ji’s fragile hands set the mood for the group’s performances, young Jassu dons the Dholak and Khartaal to provide a rhythm. In his ten years of playing he has travelled all over India, much like his brother Ridhu who composes his own songs to give a modern touch to this age-old art. Time made them realize formal education will not be of much help, being from the small village in the conflict-ridden land near India-Pakistan LOC and they took no time in joining Dapu Ji in following their family tradition of performing Folk music to entertain people. They’re both still training under Dapu ji, even as they have been performing for more than a decade.

Kailash completes the group with harmonium and vocals and wittingly recalls how he found his freedom when his teacher asked him to perform on the occasion of Independence Day celebrations in his school. Search for work and a source of earning lead him to Pune and eventually Mumbai, but fortune lead him back to his roots in the form of a neglected harmonium in a furniture shop he used to work in.

As the group recalls their times playing together, a smile breaks on their face and they admit the fact that there have been more struggles than laurels. At the same time, they are content with what they have achieved, and the respect they get from people across India and abroad has motivated fellow villagers to send their children to Dapu Khan ji to learn these timeless melodies.