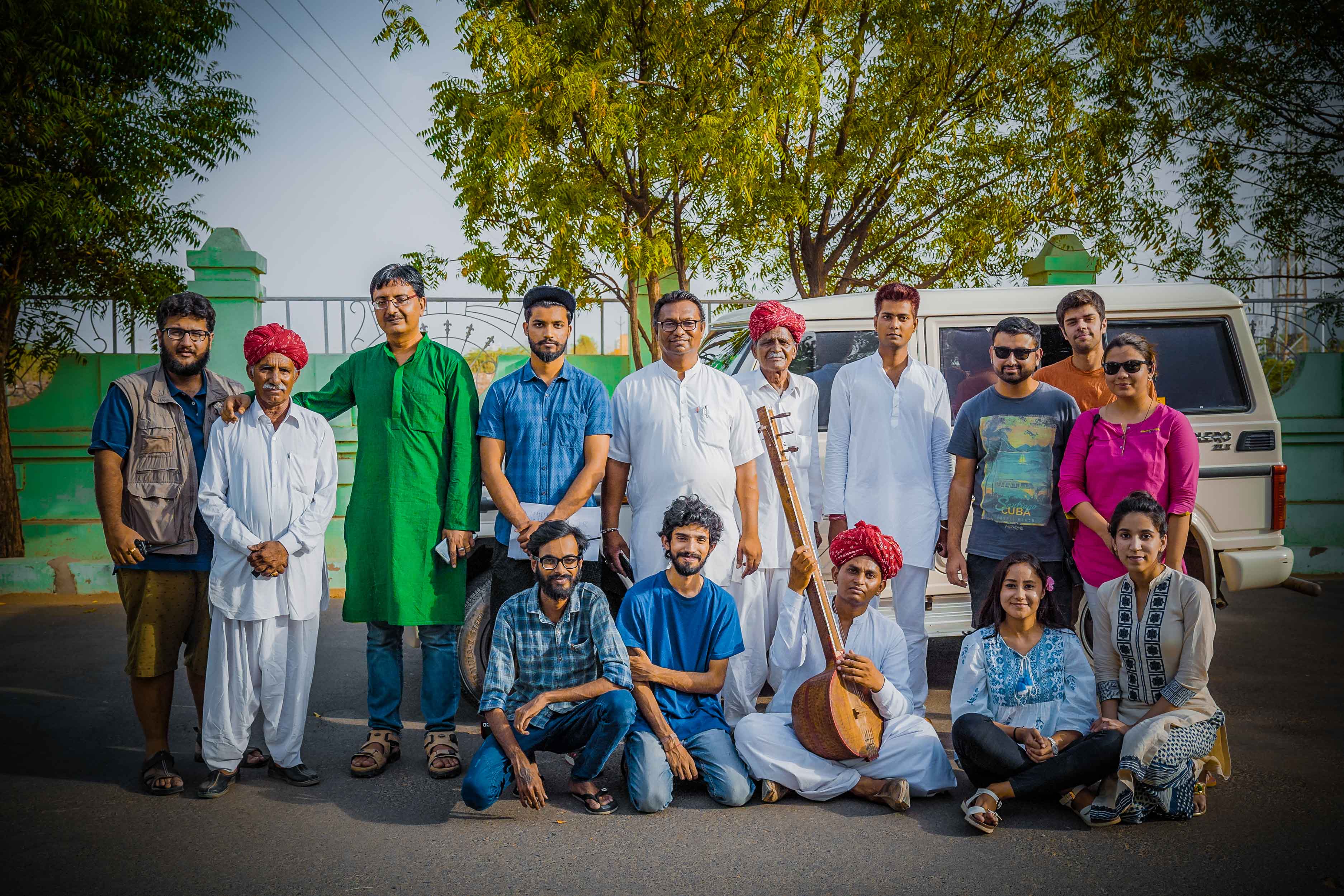 An Amalgamation of Folk and Culture

The mere mention of Rajasthan brings to the fore royalty, culture, forts and its melodious folk songs. Each region in the state has its own folk entertainment. Of considerable significance are the devotional songs and the communities who render them. Dan Singh is a name that finds special mention in the music circuit of Barmer. Highly revered by his contemporaries, he is known for singing bhajans and other devotional Rajasthani folk music.

Dan Singh is from a small village in Barmer. Belonging to the Rajput community of Rajasthan, his music skills owe much to the influence of his uncle and tutor. As a young boy, listening to his uncle perform cultivated an aspiration in him to learn and popularize devotional music. Today he sings devotional folk music with a wide repertoire. Mira’s bhajan, Kabir’s couplets, excerpts from the life of Banna Nath ji are some noted elements in his music. Such is his devotion to music that even a tiresome job of an electrician could not keep him away from his art for long. “ I was fortunate to find a few people in my office with similar music interest as mine. We would get together and sing during leisure hours,” he recalls fondly.

As he takes his position next to his fellow musicians, the benign smile on his face and the feeble fingers tuning the strings of his tandoora can trick his listeners into thinking that the 82 years old Dan Singh has lost his charm but it doesn’t take him long to prove them wrong. With a single alaap, he can enchant music lovers to no end. When questioned about what keeps him motivated, ‘ Only a person with the desire to learn in his heart can truly master the nuances of music’, he answers with a smile. He wishes to foster a sense of respect for the traditional folk music and has succeeded immensely within his community to achieve the same through his passion and dedication. His co-artists who are from different age groups and have expertise over various instruments look up to him as a source of motivation and aspire to be like him in the future. For them, singing alongside Dan Singh ji is like the biggest accomplishment of his life.

At present, Dan Singh’s group has five members, who together play on various occasions in temples and on auspicious occasions. With most of the members belonging to the Rajput community, they stand out in the music circuit of Rajasthan that largely consists of  Manganiyars and Langas. Together they have performed all over in Rajasthan and some other noted Indian cities like Ahmedabad and Mumbai. Their musical compositions find the prominent use of Solath, Dhamaal, Malhaar among other ragas. They have expertise over various percussion instruments like dholak. However, the most intriguing among them all is the Tandoora. It is five-stringed drone instrument. It is a variation of Ektara which is one of the oldest string instrument.

Dan Singh beautifully explains that singing Bhajans for him is a way of keeping his soul pure. He further goes on to say that devotional music has the power to keep one from deviating from the path of righteousness. Through his Bhajans, he believes his express purpose if to explain the essence of love for God to himself and the audience.

Resonating with his beliefs are the following verses from his bhajan:

Oh Human, you are forgetting me

Forgetting me, says the almighty

The Guru is explaining to him, to be back on track

You exhaust yourself unnecessarily?

You should devote yourself to the almighty

A delight to hear, there is no two ways about the fact that Dan Singh is unparalleled in his musical prowess. But what makes him mesmerizing is the simplicity with which he expresses his joy, happiness and contentedness through his songs. One can only but be inspired by his life and commitment to devotional music.