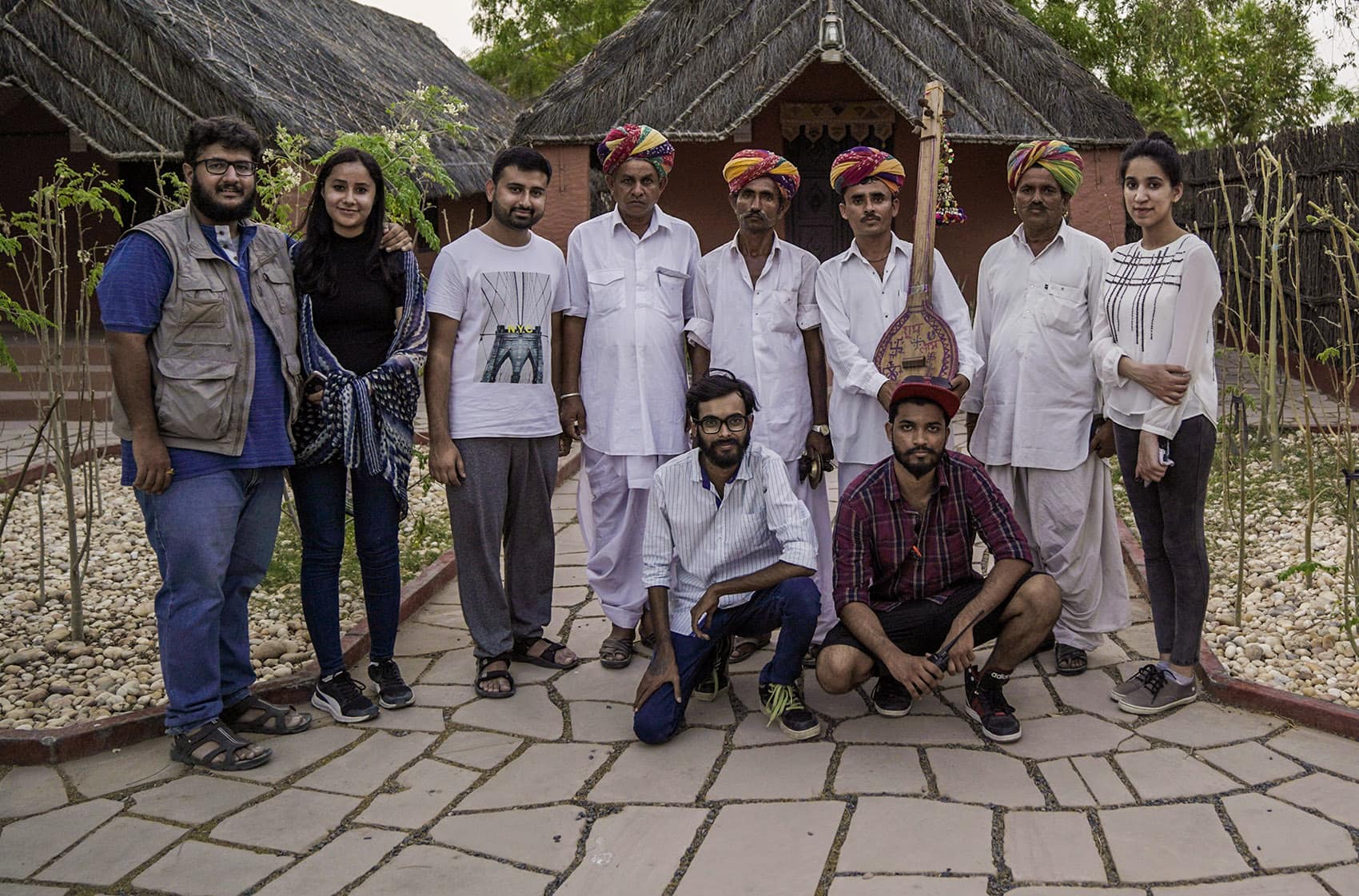 As an artist, your biggest tool is your effort. Your dedication to your music and talent. Having cultivated a liking for devotional folk music since childhood, this young, yet extremely talented singer has so much depth and breadth to his music that one could go on forever about it.

Cheema Ram comes from a village near the Pakistan border. Though their village has a school, the paucity of resources for him and his companions was evident since childhood. He says he was brought up in a peaceful environment but the constant possibility of skirmishes in the nearby border area added little to the equilibrium of their daily lives. Nevertheless, nothing could deter his desire to learn music. The inspiration which he drew from other singers around him as well as listening to their cassettes in leisure time eventually enabled him to improve his skills as a musician. He went on to win many competitions in his village and outside. He beams with pride when he tells us about Bijirad Music competition where his team was declared best amongst 12 other teams. Today like any other talented artist,  he dreams of becoming a famous devotional folk musician.

Megh (Meghwal) of Rajasthan are known for their expertise in bhajan recitation. By tradition, they are invited by other Hindu families to commence celebrations and auspicious events. They supplement their earnings by taking up secondary occupations like farming, weaving, working at construction sites etc. Cheema Ram’s music largely consists of bhajans about deities like Jagdamba, Shakti Ma, then there are those inspired by Meerabai and Kabir. ‘Gadi satgur ke naam ki’ is his favourite song and he loves singing it at events and ‘Satsangs’. He explains that the recitation sheds light on the Guru-Shishya Parampara that has been the very essence of our country since ages.

(Every second, you are ageing)

(With every blink of the eye, the years will go)

(Oh human, for once, take the name of God with others)

(Your several lives will be spent in eternal happiness)

(Come friend, let us go to the ‘Satsang’)

As he takes his seat amongst his four fellow group members, he looks calm, composed and focused. He dons the veena, an instrument that has been given immense importance in Indian history and literature, like a professional.

Although group members are forced to take up jobs at construction sites to make ends meet, they make sure to practice and improve their skills daily. Commitment and consistency are the keys to acquiring an exceptional skill and Cheema Ram seems to be leading by example in this case.

(The shepherd works day and night, takes the cows and their calves for grazing)

(And he ages gracefully, leading a simple and meaningful life, oh merciful God!)

(Dear Lord, there is no measure)

‘To find a way to happiness, you have to find a teacher that will take you there’ is an old adage. In Cheema Ram’s case, he did not have to go far and wide in search of a mentor. His father, acknowledging his acumen in music, supported him and his dreams. His wish is to see his son doing well in the field of music. And those who have seen him perform know fully well that Cheema Ram is capable enough to make this dream a reality.

Today, his group gets shows locally from relatives in and around his small village. Apart from that, they have performed previously in Mumbai during Navaratras and also in Jodhpur. Having never been recorded before, they say that the initiative taken by Anahad has boosted their morale. And for a talented group like them, it will not be wrong to say that the road ahead seems full of possibilities.

When asked about other groups and the competition they face, he immediately replies that there can never be any animosity among the various groups for they are all the torchbearers of a tradition. He likes to sit with artists from different groups as they perform. Helping and motivating each other is a way of life. ‘Though devotional music is an acquired taste, I’d like to do what I can to help it reach more people’. Indeed Cheema Ram’s style is the perfect amalgamation of devotedness and folksy.