Dapu always had a dream to travel abroad and showcase his talent. Dapu Khan gives full freedom to his children to pursue
music as a career, but still encourages them to get a basic education. He himself is illiterate but still considers education as the
utmost necessity of the today’s generation. He always felt that the Rajasthani folk music needed a better platform from where it
can reach out more number of audience as he believes that folk music has the quality of touching the soul of the audience.
Dapu has been performing ever since he was a child, but every performance he did was through some manager or any other
agent. He always depended on the third person for the shows. Dapu had quite an interest in recording his songs. When he met
Anahad’s team, he recorded two songs and his website was made. After a training session with Anahad, he knew how to use
the digital platform and other accessories given by Anahad to him for his own good. Within 3 months of his website launch, he
got 2 big wedding contracts of Rs 45,000 and Rs 40,000, he also got a show in Germany and in this January he came back
from the USA after shows. Not only this his video on YouTube got viral with 702,747 views and also bagged collaboration offers
from famous YouTube celebrity like – Drishyam Play, which on today’s date has 1.3+ million views. Gazi always had a dream to travel abroad and showcase his talent. Gazi Khan gives full freedom to their children to pursue music as a career, but still encourages them to get a basic education. He himself is illiterate but still considers education as the utmost necessity of the today’s generation. He feels that the Rajasthani folk music need a better platform from where it can reach out more number of audience as he believes that folk music has the quality of touching the soul of the audience. Gazi has been performing ever since he was a child, but every performance he did was through some manager or any other agent. He always depended on the third person for the shows. Gazi has quite an interest in recording his songs. He wishes to launch his music album one day. He now wants to develop a community studio in his village Barna so that the artists can record their songs over their without any trouble and paying hefty amount of money. Talab Khan is a soulful singer. He is 38 years old and has been singing since he was just 7 years of age. He belongs from the Manganiyar community of Jaisalmer, Rajasthan. He has learned singing just by hearing his father and elder brother. He is fondly known in his region for singing authentic folk songs which is not known to many, even amongst his own community. For the first time he performed in the 1990 and ever since he has been glued to various stages on both national and international grounds. His performances are so amazing that year after he has been called by various foundations in places like Paris, London, Portugal, the USA, etc. to give performances. Even after being on called for so many international performances, Talab never stops to being humble. He is a modest person who strongly believes in hard work, sincerity and discipline in his field. For him his music is the source of life to him and also a source of living for his family. Music is the only way through which he has being able to raise a family of 7 and believes that it is an utmost blessing of God. Talab wants to make his children imbibe everything he knows about his, everything he learnt from his forefathers. He strongly believes that unless the children are not going to learn this tradition, we are going to lose the essence of the folk cultural heritage. He has already started the teaching with children around his house in his village. 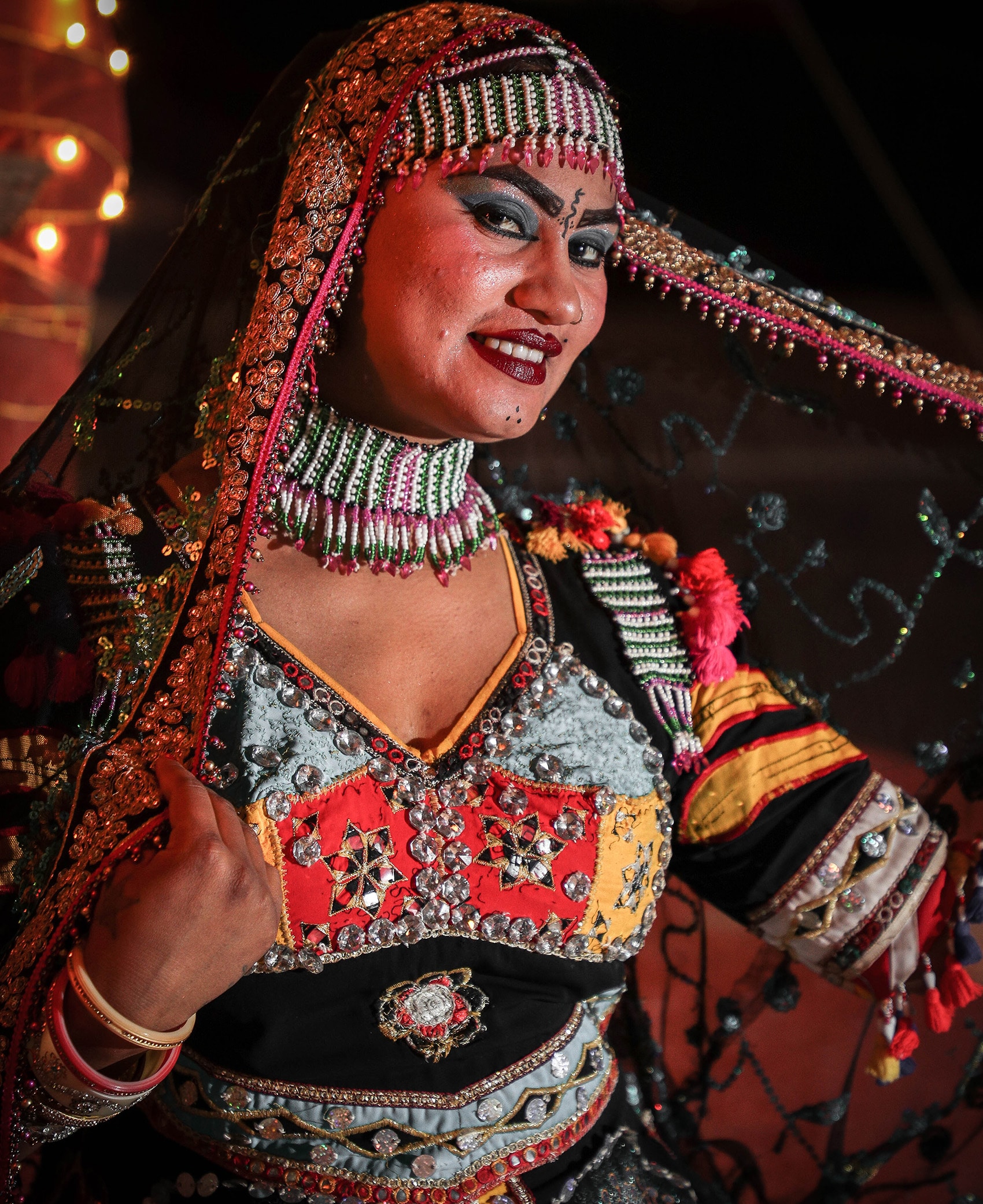