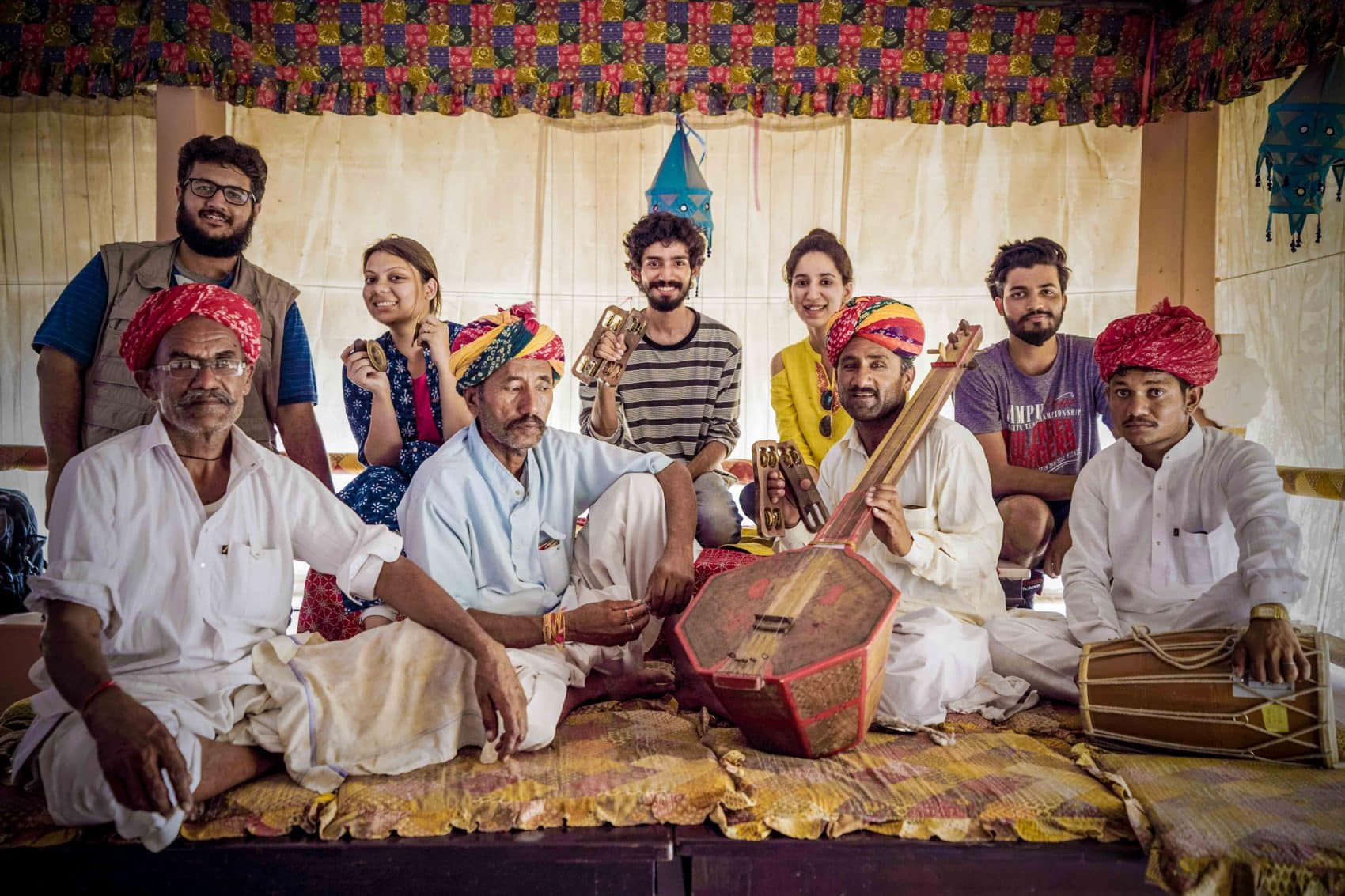 Nahi to re murkh pasara

There was an era when rituals reigned supreme when folk music in Rajasthan was both a source of ecstasy and spirituality. Even today it is as awe-inspiring as ever, but with society changing dynamically and rushing towards modernity, people are left with little leisure time to engage in such entertainments. As a result, the threat of losing our musical heritage looms large.

Bhera Ram is a 58 years old singer from Barmer. Singer by occupation, he supplements his livelihood by farming. He is a storehouse of knowledge as music is concerned. Though he mostly sings bhajans, the repertoire of songs known to him is vast and exquisite. Heli bhajan, pyare, hondura are a few to list. Inspired by his father and grandfather, he has been singing since 30 years.

“There has never been an institute for folk music,” he adds. “It has always been something passed from father to son and sustained by people’s interest.” He explains that much less traditional music is being played these days and one of the reasons, he believes, is increased urbanisation. As a result, the younger generation is showing less interest in folk music. People are moving into towns, away from the villages, away from the goatherds and the way of life that sustained traditional music. Such a fall-off has a direct impact on families such as his, who make their living singing at events.

Creativity is not confined to poetry or fiction. It is a quality that surfaces everywhere. Singers like him throng all hues of life. But to further the cause of Indian history and heritage, it is important to evoke similar feelings and affinity to folk music among the youth of the land. According to him, only someone who listens with his inner mind gains the knowledge and the ability to take the art forward.

As the group begins to sing, everyone is captivated by their edifying spirituality. The accompanying musicians seated beside him spare no efforts to make the entire performance a delightful experience. The music emanated by the different instruments is followed by steady long, repetitive swarms that turn the entire evening into an experience like never before. Not only are the lyrics appropriate to the occasion, the time theory of the ragas is strictly maintained. This has a meditative quality and creates an ethereal ambience.

Bhera Ram’s aim is to take his music to a bigger platform. He says that music must manifest a new world on stage, taking material from this world and transforming it to re-tell the heavenly glorious saga of the emergence of the cosmos. Bhera Ram and his group were a true discovery. Sadly there are not many practitioners of this rich vibrant highly specific tradition amongst the inheritors of the tradition any more.