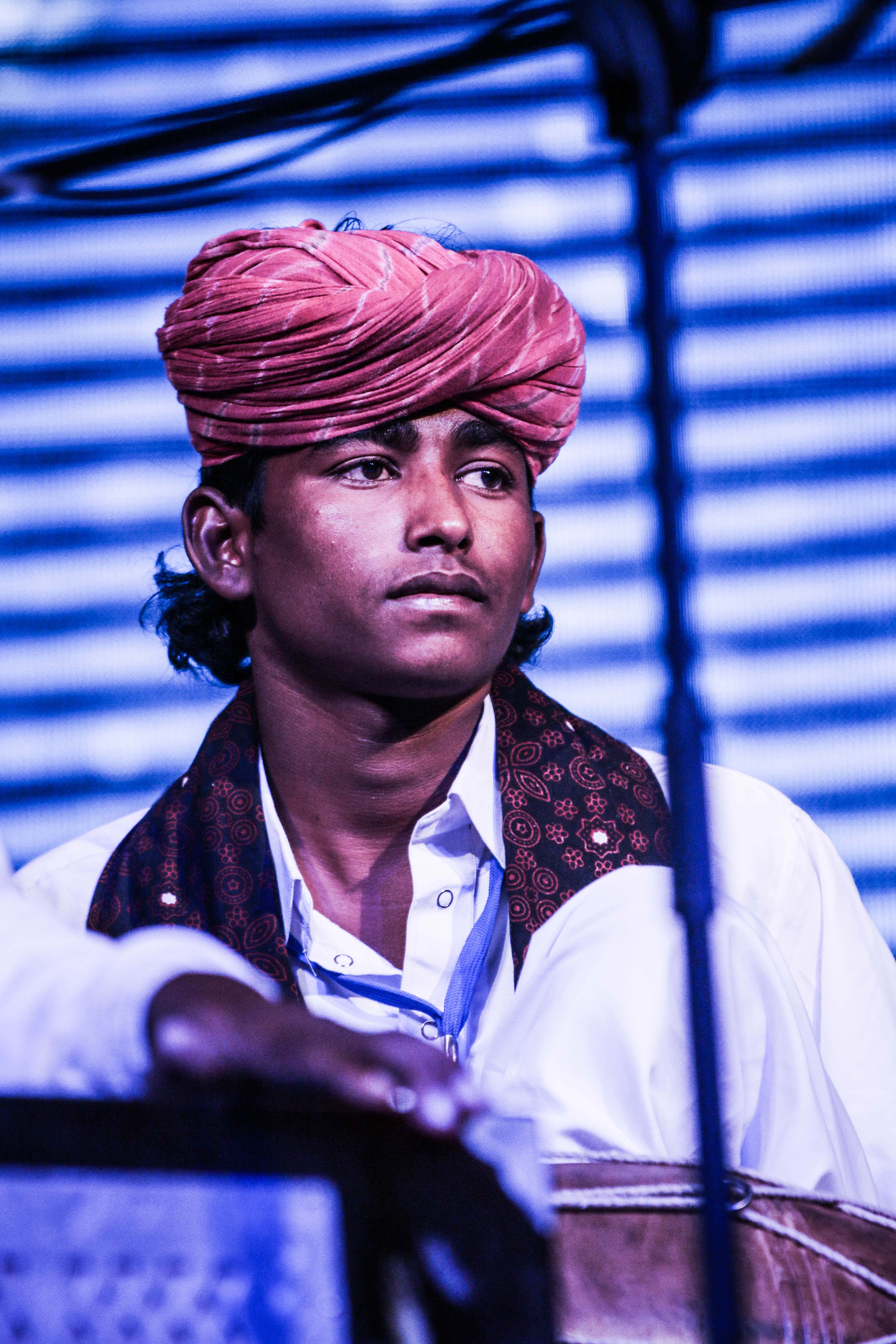 Sikander Khan plays dholak, who found inspiration within his family to learn various musical instruments. He is just 23 years old and plays Dhol, Harmonium as well and can sing too. At a very young age of 8 years, he started playing dholak and has been learning and performing ever since then. Sikander Khan is a multi-instrumentalist & has performed with various bands, and with time has become very comfortable in performing with new artists. He recently got associated with Kasam Khan’s group and has been quite satisfied as he is getting to learn a lot from the master himself. He wishes to achieve fame in Bollywood , thus giving recognition to Langha community and their art form globally.

He has played in various parts of the country and wishes to perform in abroad as well and wants to experience showcasing his skills to foreign audience. Sikander has a very distinctive vision as far as folk music is concerned. He wishes for Dholak playing competitions to happen just like singing competitions take place in large numbers throughout India, which he thinks will give a platform to young and talented dholak players and will encourage them to do better. He wants his children to learn traditional folk music as well as classical music so as to come up with an innovative style of music.