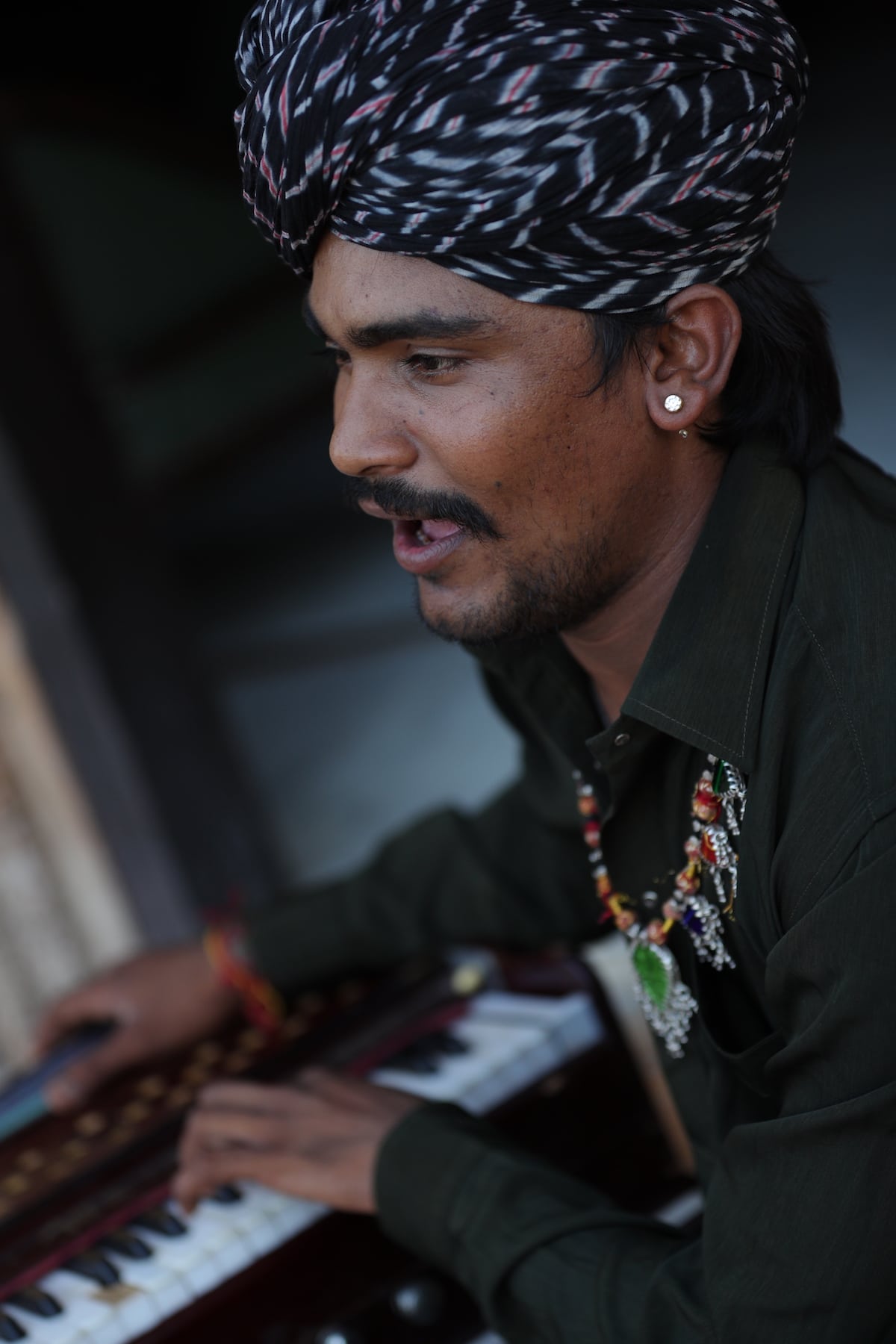 Salim Khan is a young and passionate musician. He being just 23 has achieved a lot in the field of learning music. He hasn’t kept himself to just learning folk but also contemporary music also. Salim Khan is a perfectionist when it comes to music and also experiments with western instruments from time to time. Apart from playing the traditional Manganiyaar instruments like Algoza, shehnai, morchhang, bhapang, he can also play western instruments like guitar, violin and jambe. Salim Khan has been singing since he was 5, and has learned music from his father Bagga Khan. The royal family and its members, “Jajmaan” have been his patrons, and music is the lifeline of his family. In the future, he wants to experiment with a fusion of western and traditional Rajasthani folk music.

His music comprises of all genres from folk, classical, Sufi and songs dedicated to the Royal family. According to him, in their community, music is free of all barriers of caste and religion, and this is what makes their music special. Apart from being an expert in a variety of instruments, Salim can also sing in other languages like Hebrew and Spanish. His melodious, high pitched but balanced voice, lingers in your ears for a long time. Salim Khan believes in propagating this musical tradition and preserving it in a right manner and if given a chance, would also like to volunteer in music school. Like all his contemporaries in the folk music community of Manganiyaars, Salim Khan’s music also encompasses all the flavors of Rajasthan and Jaisalmer, like the transition of seasons, and the celebration of festivals like Holi.