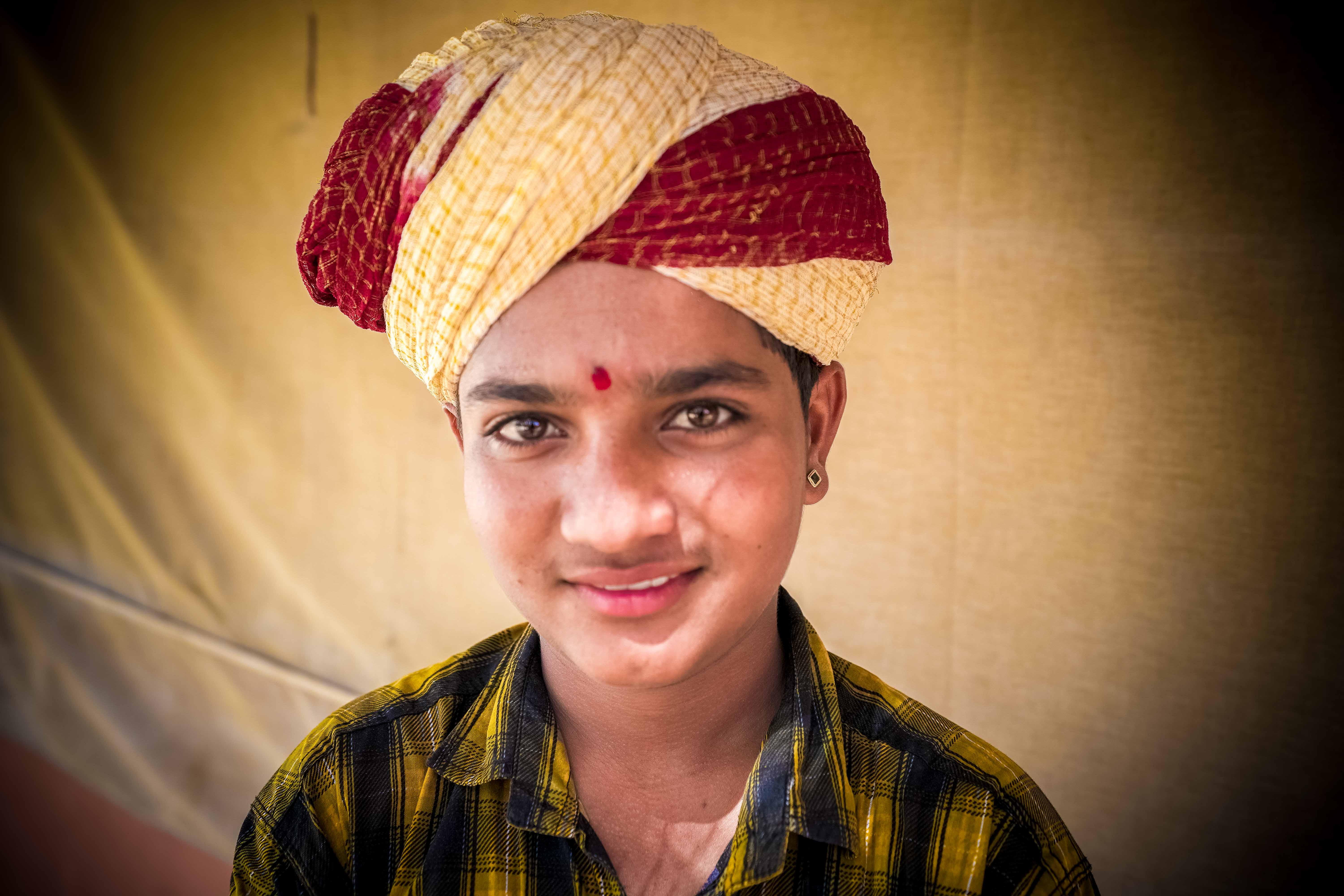 Ranveer, 17, lives in a village named Goongha, 60 kms from Barmer city. He belongs to the Rajput caste. He plays harmonium and is also a singer. It has been 2 years since he has been associated with Chagna Ram and group. Mokum Singh, who is also a member of the group as well as his brother and mentor, introduced him to Chagna Ram. Most of the songs he performs are bhajans and are mainly about gods and their tales. Ranveer is in 11th standard and is a dedicated student. He plans on completing his studies and pursue further education. He has performed in most of the cities of Rajasthan. On an average, he gets around 12-15 shows per month and 5000rs per show. His brother Mokum Singh acts as a manager for the group and helps them get clients and shows. He wishes to complete his education and pursue his passion for music.