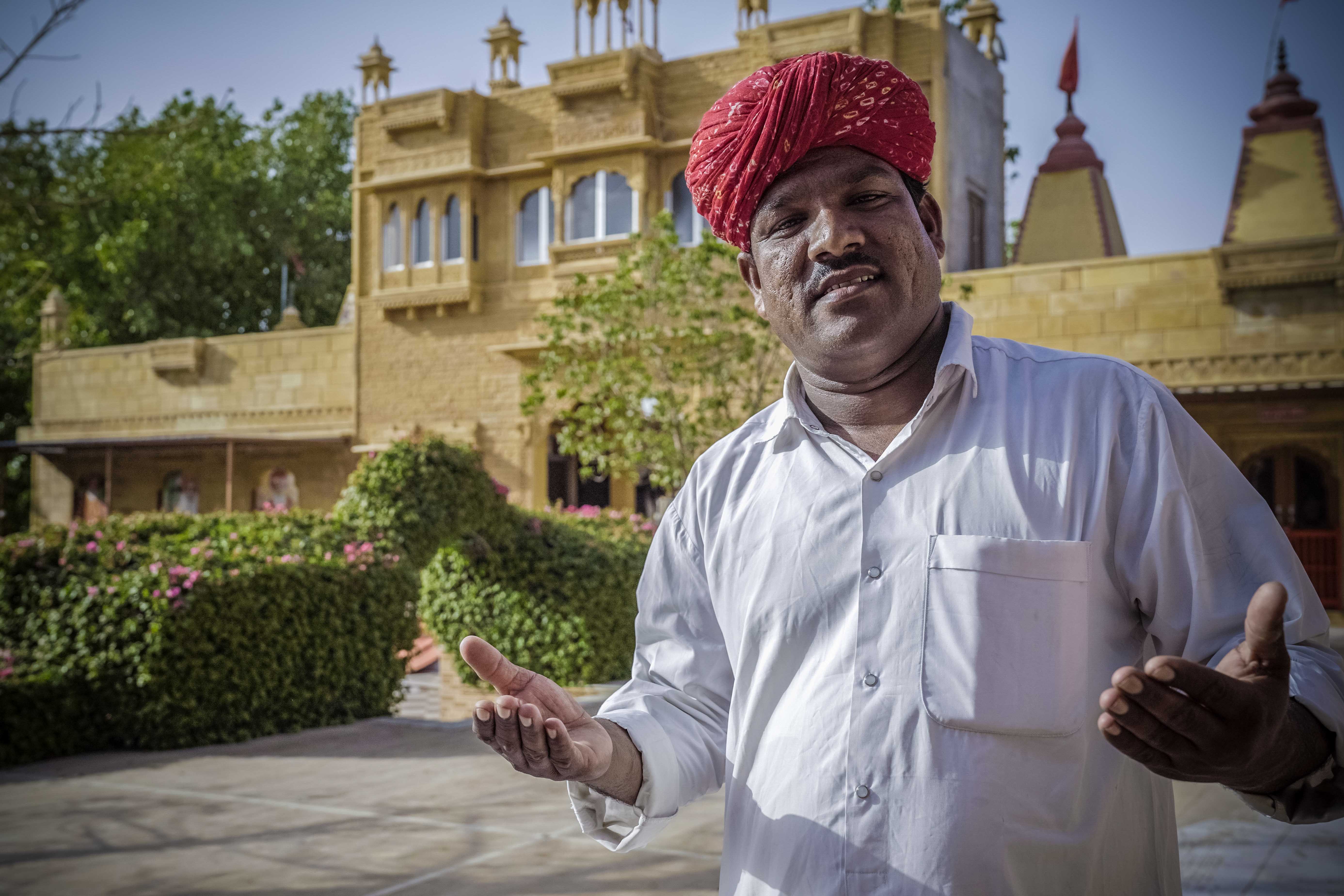 Gopal Khan, 32, lives in a village named Badresh near Barmer city. He plays khartaal in the group and also plays dhol occasionally. He belongs to the Manganiyar caste which is listed as a scheduled caste under the constitution of our country. He learned music from his father and after his death he decided to pass on those teachings to the future generations. At present, he is teaching more than 15 students. He dreams of opening up a music school where students can learn folk music and keep the culture and traditions alive. Most of the songs he sings are about marriage, child birth and the glory of the kings. He does not believe in the idea of competition in terms of music. For him, folk artists are the messengers of God. He gets shows on the basis of recommendations and word of mouth. He has 3 kids and all of them go to school. Even his children are into music. He lets his kids experiment and play around with the musical instruments as he believes in the fun learning approach. He has been involved with the group for more than 15 years. His friendly nature and engaging personality has helped him grow his connections and that is one of the prime reasons that he gets shows. Gopal does around 4-5 shows per month and also works with other groups from time to time.