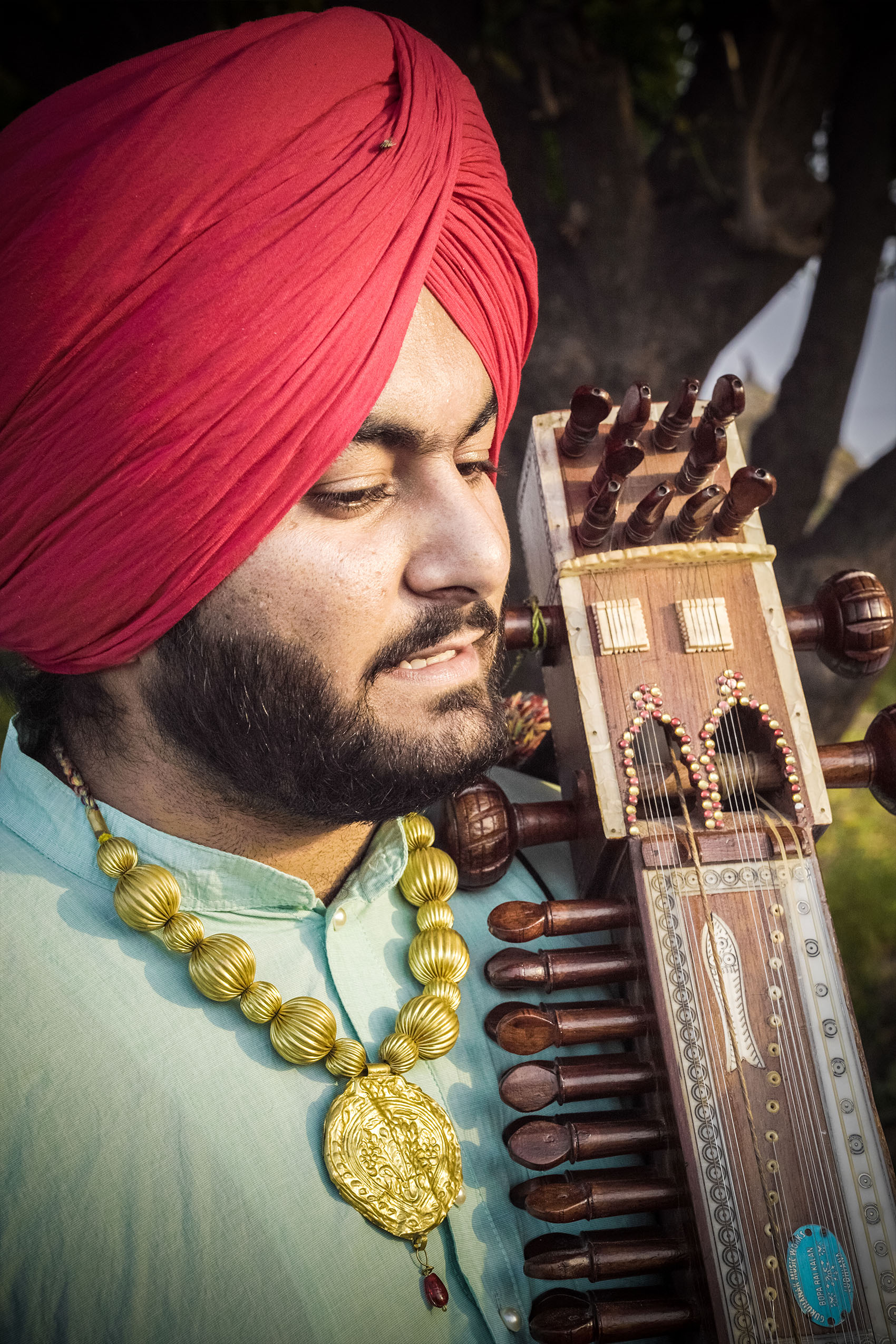 Ajam Khan is a young folk musician from Mallaur, Punjab. He simply loves to sing, and plays Sarangi with all his heart. At the age of just 20 years, he has released 4 songs. He has performed in various competitions and youth festivals. Ustad Kulvant Singh from Khanna for Sarangi, for table he learnt from Baba Sohan Singh Ji. He had interest in Tabla initially, inspired by his school teacher, he started playing Sarangi too, and gradually it became his main instrument. About his 4 songs, people are deviating from their culture and he has shown that there is still some good left, there are young people who are involved in devotional activities, who respect their elders and who are responsible as well. He also has good interest in classical music as well. He thinks that passion is very important to pursue any goal. His elder brother is also into music, he has been making songs since 10th standard.